Smart watches have gone from trendy to a reality. Something that once started as fantasy for most tech enthusiast is becoming more as a spear headed initiative by tech just giants such as Google and Samsung. With the market of smartwatches beginning to foster itself in a big way, companies like Martian are rethinking the traditional smartwatches that have graced the market already such as the LG G Watch and Samsung Gear 2. By taking the traditional watch we’ve all come to know and adjusting it slightly with some nifty features, Martian has found a way to create a compelling, yet simplistic device.

The Martian Notifier looks like your basic watch with an analog face and generic slap of silicon for the wristband. It isn’t until you take a deeper look do you find the 96×16 OLED display and multi-color LED light for notifications. Martian first focus seemed to want to make a watch that can actually tell the time, as well as work separately from the core notification system. This has provided the Martian Smartwatch with 2 years of battery life alone for the analog clock. Kudos to the folks at Martian for making a sensible decision for when it comes to telling the time. The next step is connecting the watch with your smartphone of choice, whether it be on Android or IOS, and customize your notification preference from the application that coincides with the experience. One, the menu system on the OLED display to control certain features on the watch such as a flashlight, a leash feature that alerts you when you get to far away from your phone, as well as selecting what operating system you are connecting to is rather simple and can be learned within minutes.

The main issue is with the application and the connection process via Bluetooth. The app looks rather unrefined and a bit jumbled. The app boasts a wide range of options that are robust in nature, but could be better managed for a more seamless experience. You do have to adjust your accessibility settings in both operating systems in order to allow the watch to receive notifications, and once that’s done, you have to go to the APP, NOT the Bluetooth settings in your OS, and start the connection from there. I found that to be rather frustrating because even though I would consider myself tech savvy, I had to do much trial and error before realizing the culprit of my non-connection. Can’t imagine the frustration the basic consumer would have with that sequence of events.

One key feature that brings the Martian Smartwatch high praise is the ability to adjust the vibration patterns on an app by app basis. Want to know when you get your emails; adjust the vibration in patterns of three by short, medium, and long in order to create a custom sequence. The sensitivity of the vibration can also be adjusted as well. The app intuitively turns the phone into vibration mode (on certain devices) so you don’t get multiple vibrations and sounds for the same notification. Battery life on the unit we reviewed was beyond solid. Smartwatches like the LG G watch give you a full day of battery life at best, the Martian Smartwatch on the other hand provided us with 5 days of consistent use.

All in all, the most annoying gripe of the Martian Smartwatch didn’t come from the device, but in its price tag. Even with all of its features, $129 doesn’t justify the worth of the product. The build quality is questionable at times and the 96×16 OLED display is nothing to rave about. The Smartwatch seems to be more in line with a $60-$80 price range for what you get in the box. Hopefully Martian realizes that it’s an extremely tough sale to price solely notification based watches for such high price tag and bring the price down to a more basic consumer level. That aside, the Martian Smartwatch surprised me in more ways than one and gets the stamp of approval in my book. 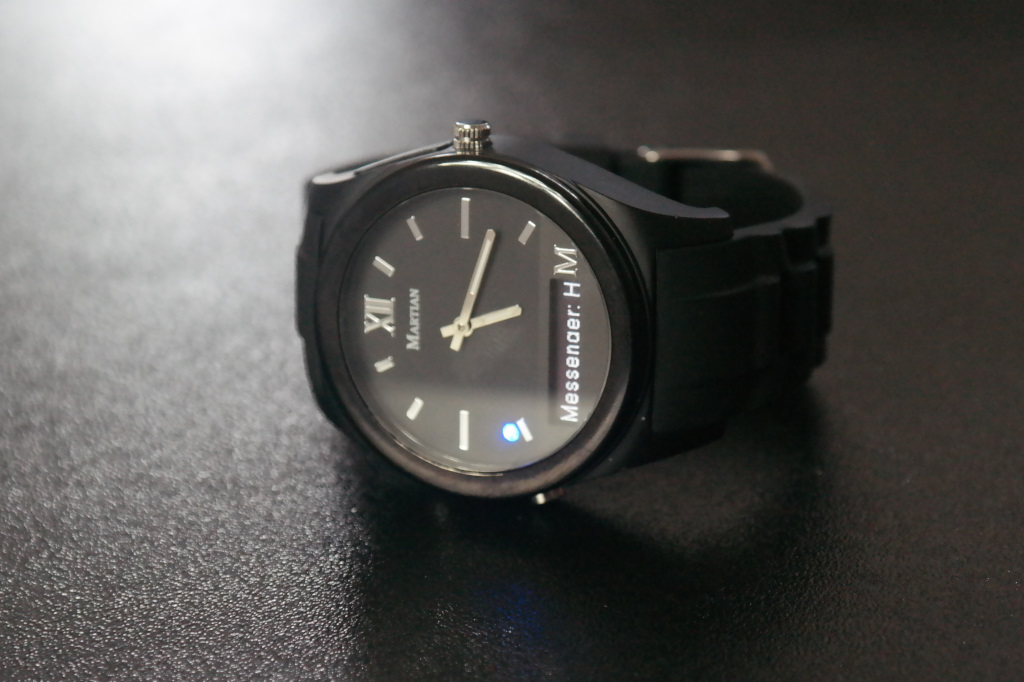 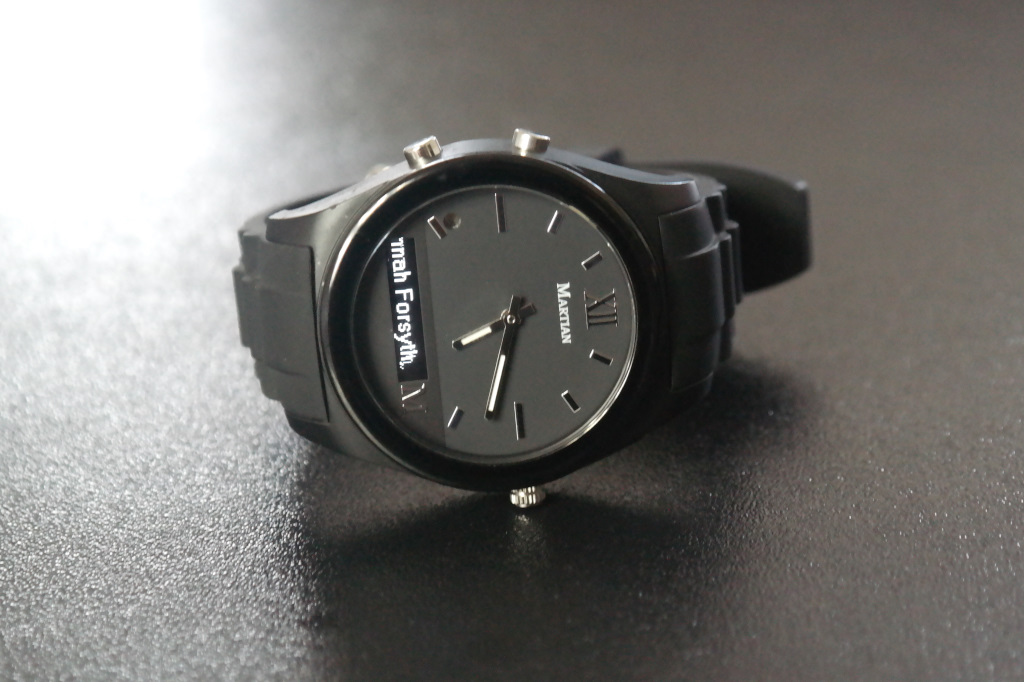 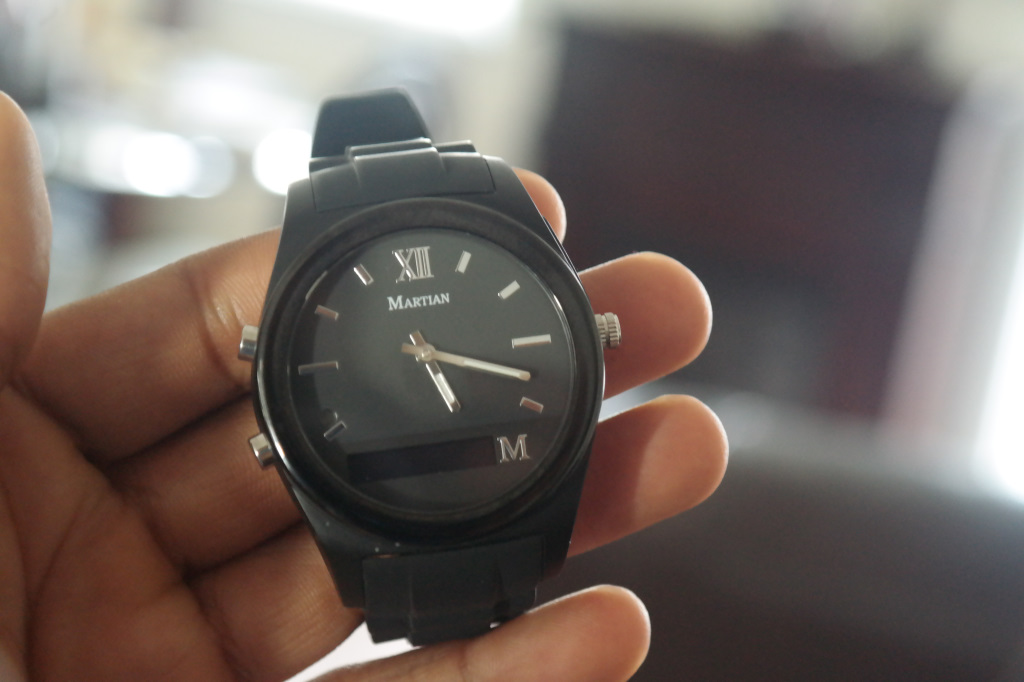 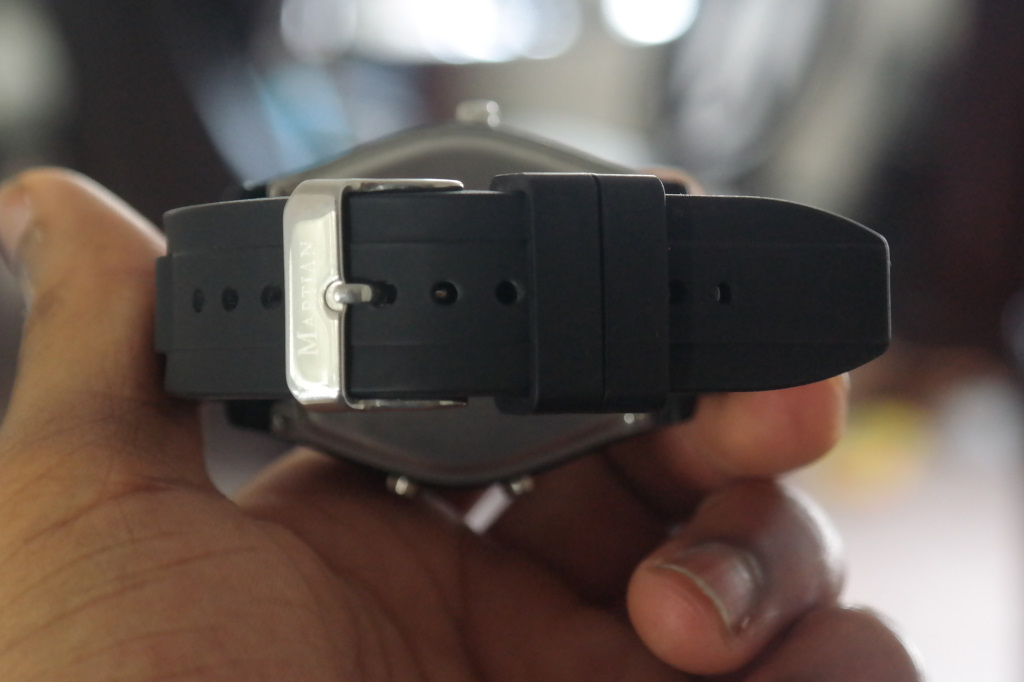 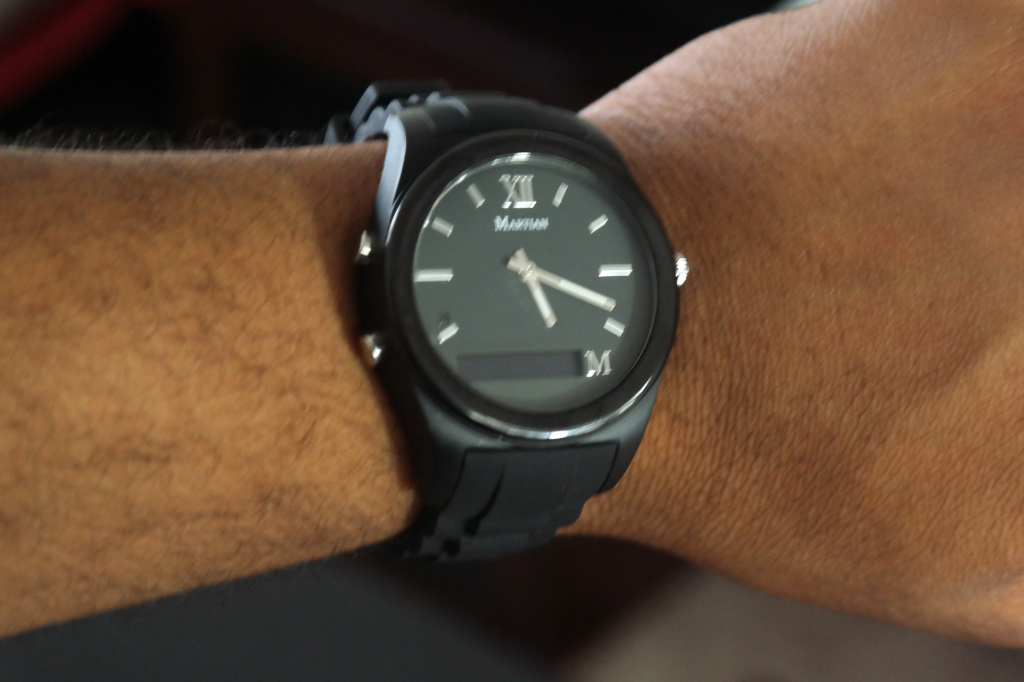 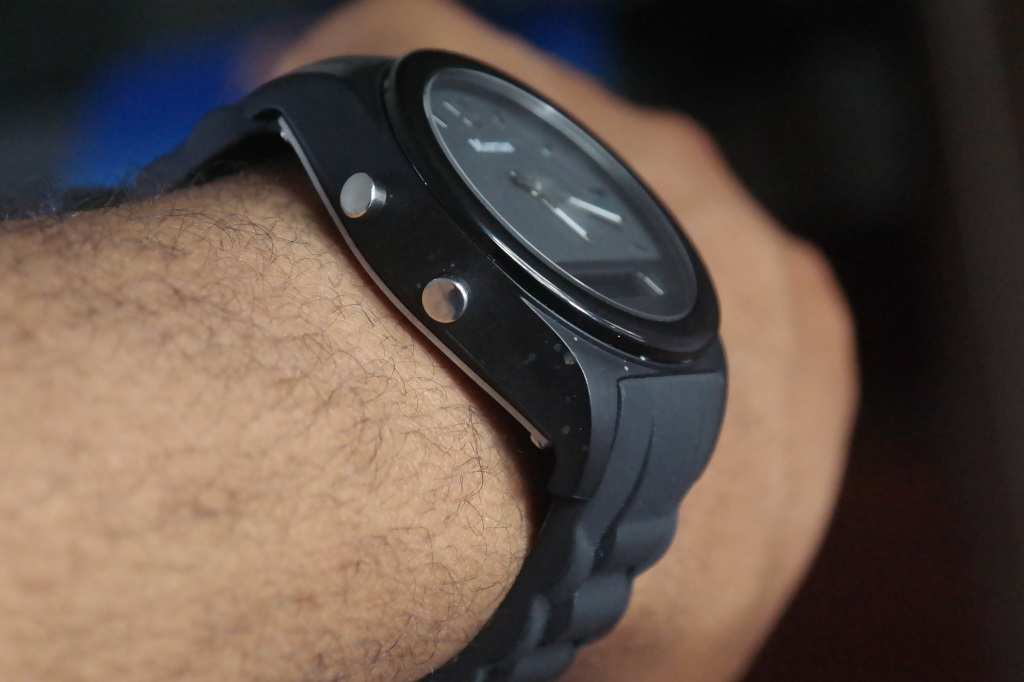 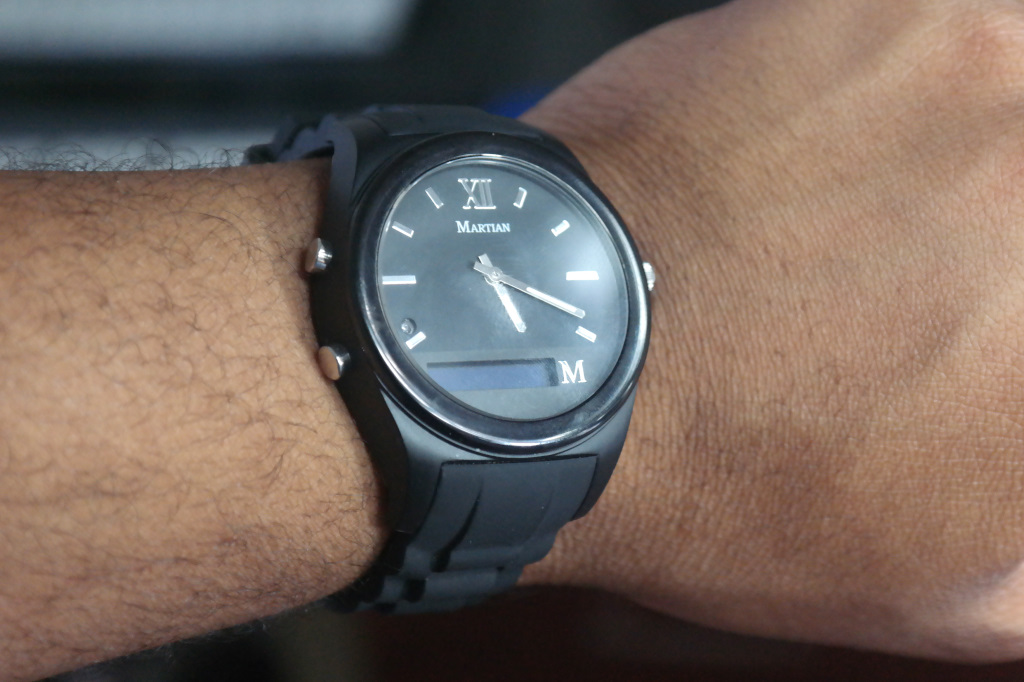 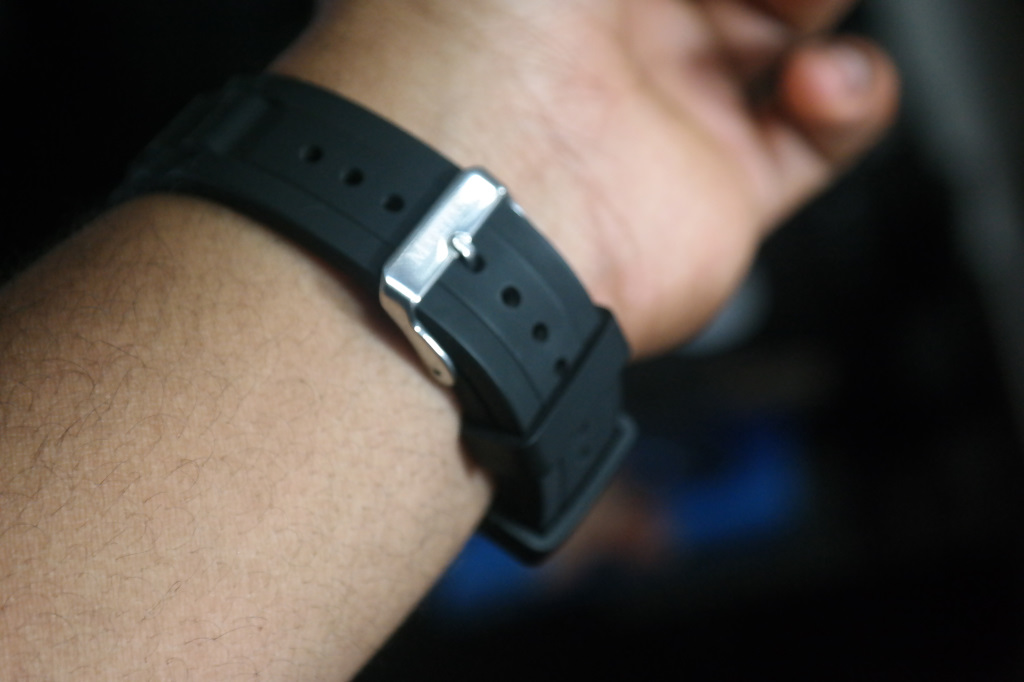