At CES 2016 Samsung showcased its latest SUHD 4K TV the KS9500, which showcases a host of features & refinements I was eager to get my hands on it. Now fast-forward two months later, Samsung was kind enough to send me a unit to check out and give my thoughts. I do have to mention that this is a pre-production unit with pre-production software.

Now with that been said, I have been thoroughly impressed with the KS9500 from Samsung. Let start off with the improved quantum dot display.  Samsung accomplished this with a proprietary cadmium free display panel, which enables over one billion color combinations, and better brightness.  All these combined gives a stellar viewing experience that helps suck you right into the content you are watching. Design also plays a big part in the viewing experience with the KS95000. Samsung this year has really upped their game with a bezel-less design to the KS9500, and thus giving the viewer a unique immersion into whatever content is being viewed.  While crafting a TV that should seamlessly blend with its sleek design to you home entertainment setup.

Setting up new SmartTV’s can be an interesting experience, over the years I have watched different companies come up with varying ways of making it a simple and painless process. But to do it right. It boils down to software. Which is where Samsung’s Tizen 2.0 SmartHub really shines. Once you fire up the TV for the first time, it automatically recognizes all your devices connected to the HDMI inputs. From you PS4, Xbox One, Blu-ray player and cable box, making it easy to access at any point. In fact, the setup process is really fast and efficient. Now all of the traditional menu settings – audio and video settings, app tile customization, and changing the source –  are accessible with one push of the settings button on the universal remote (which we will get to in a bit).

Tizen 2.0 is very intuitive and makes for a much more enjoying TV experience on the Samsung KS9500. For people like me who are cord-cutters. Consuming entertainment & shows through various apps like Netflix, Hulu & others; some of the new features all for a very channel like experience. What am referring to is a new feature on Tizen 2.0 which highlights the shows you watch as a pop up menu over your selected application with you opening up the app. Basically you can easily turn on the Samsung KS9500 scroll over to Netflix and as you get to the app, a second layer pop up revealing your favorite shows and you can jump directly from there into Season 2 Ep 8 of Daredevil & not have to go through the process of starting the app, scroll to find your show. I can’t stress how easy as simplistic this feature makes for a smooth entertainment experience as I hope from one show to another in Netflix, Hulu, Amazon & others without needing to open up any of those applications.  Other features include, Console-less gaming – with a wired or wireless controller – you can stream over 500 games via PlayStation Now.

The Samsung KS9500 has a new remote that I really need to talk about; with about 10 buttons it’s the most simplistic yet very effective remote I have used. To quote a friend of mine “I like how easy it is to pick up and use and it gets me directly to what I want to watch”. The new remote achieves this easily with a well thought out layout and a simple button setup that makes finding or search for content just a click away. Plus, the addition of a well advanced voice search makes looking for you content as easy as just naming it. 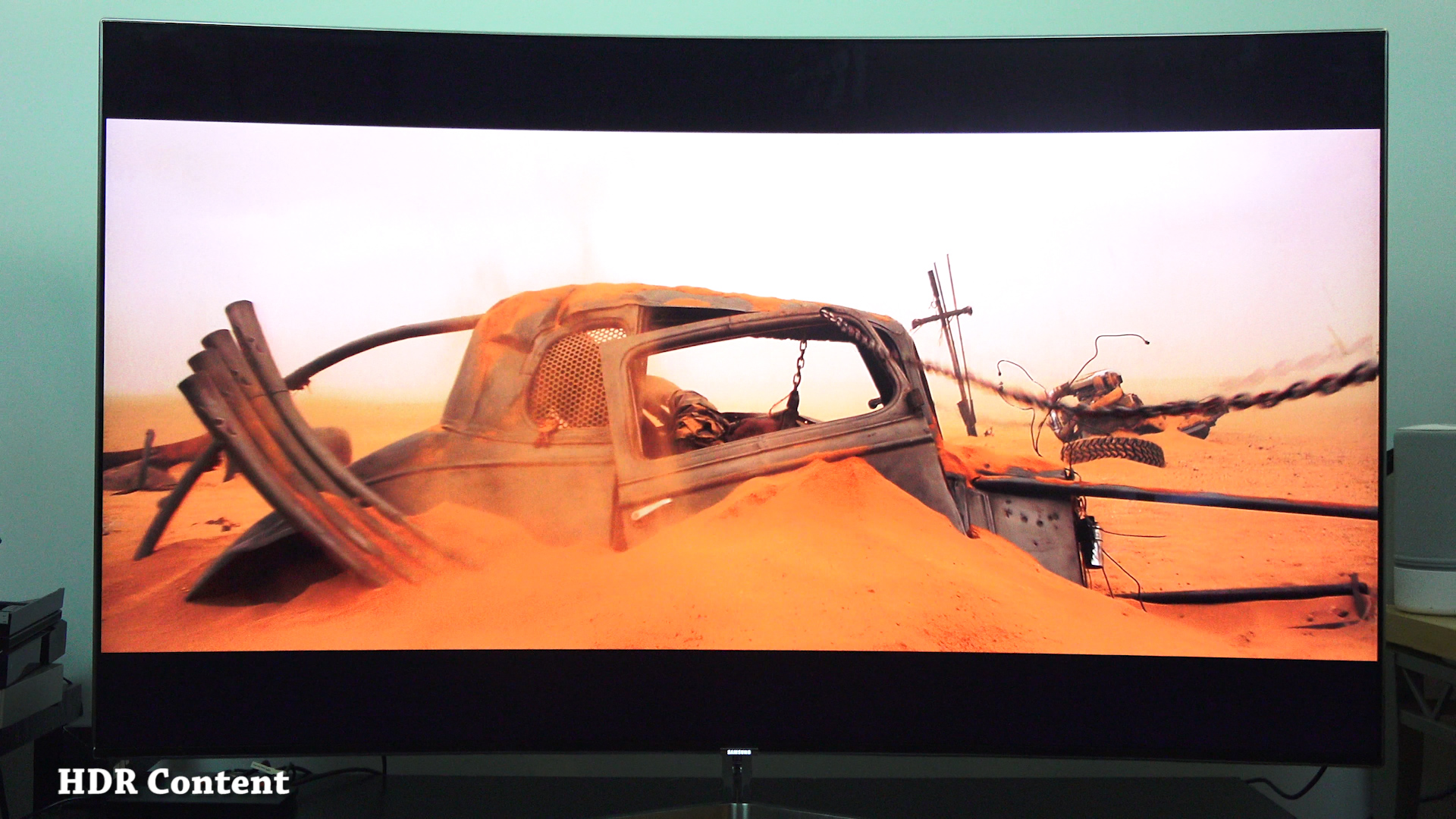 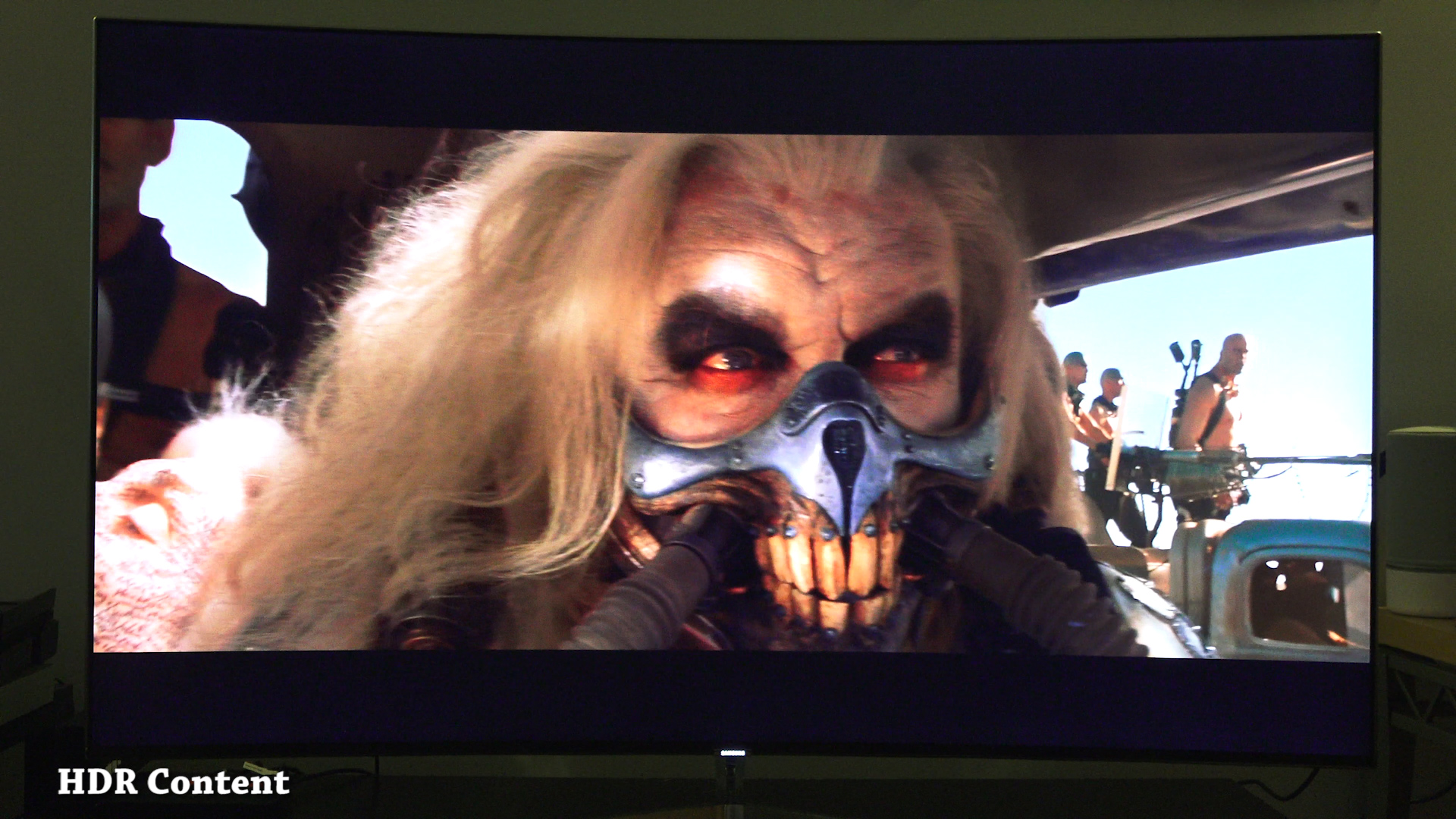 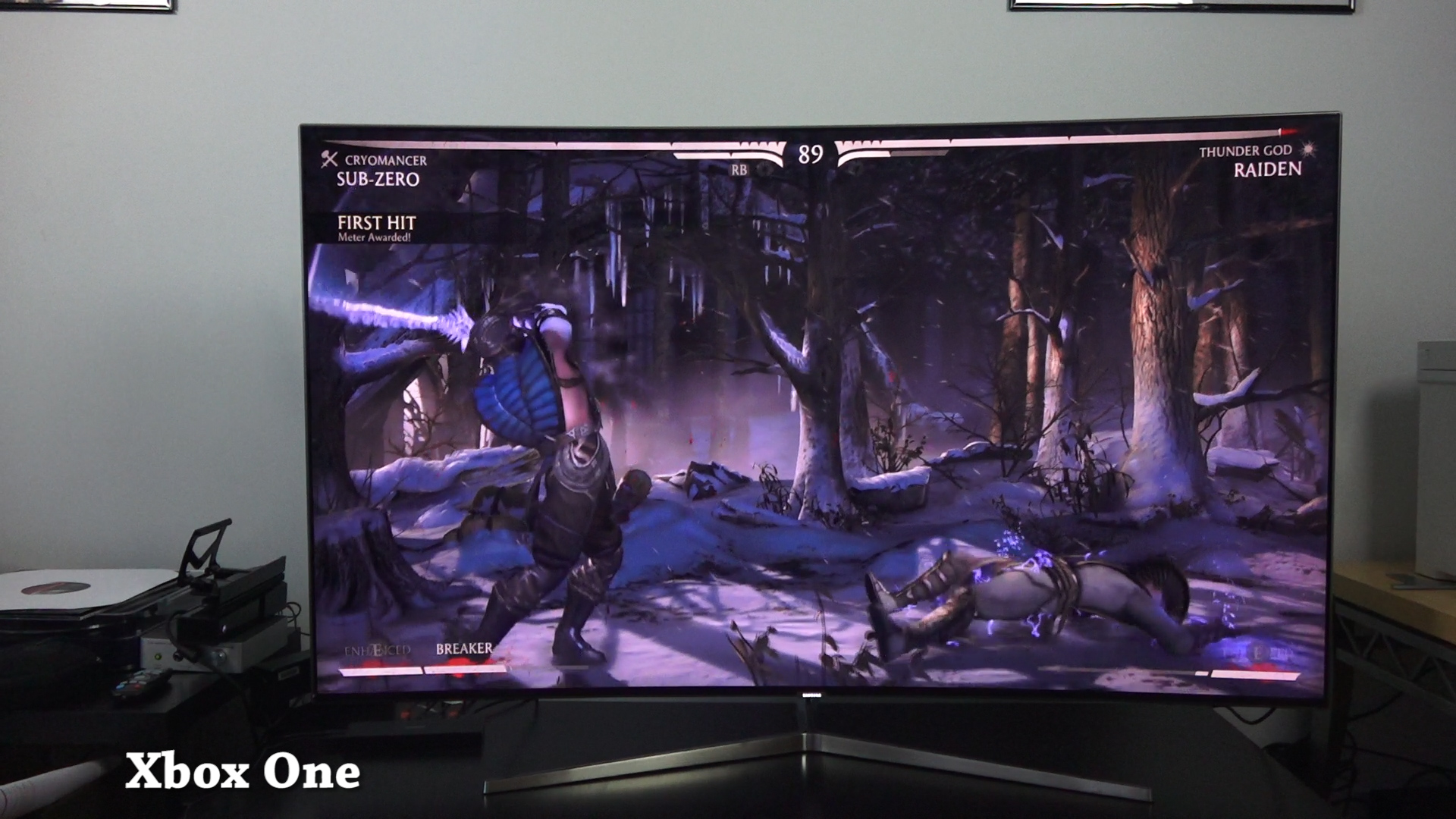 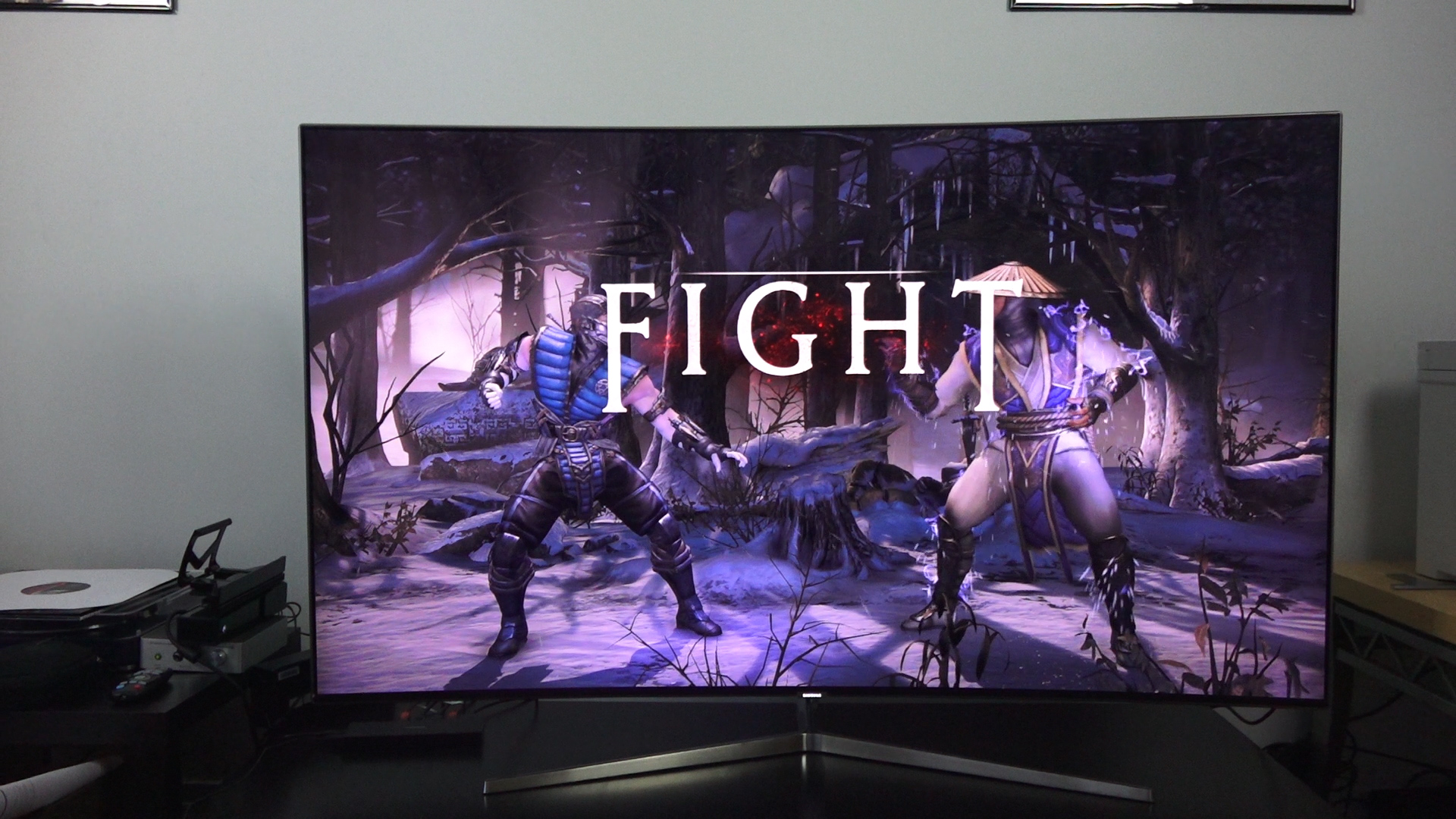 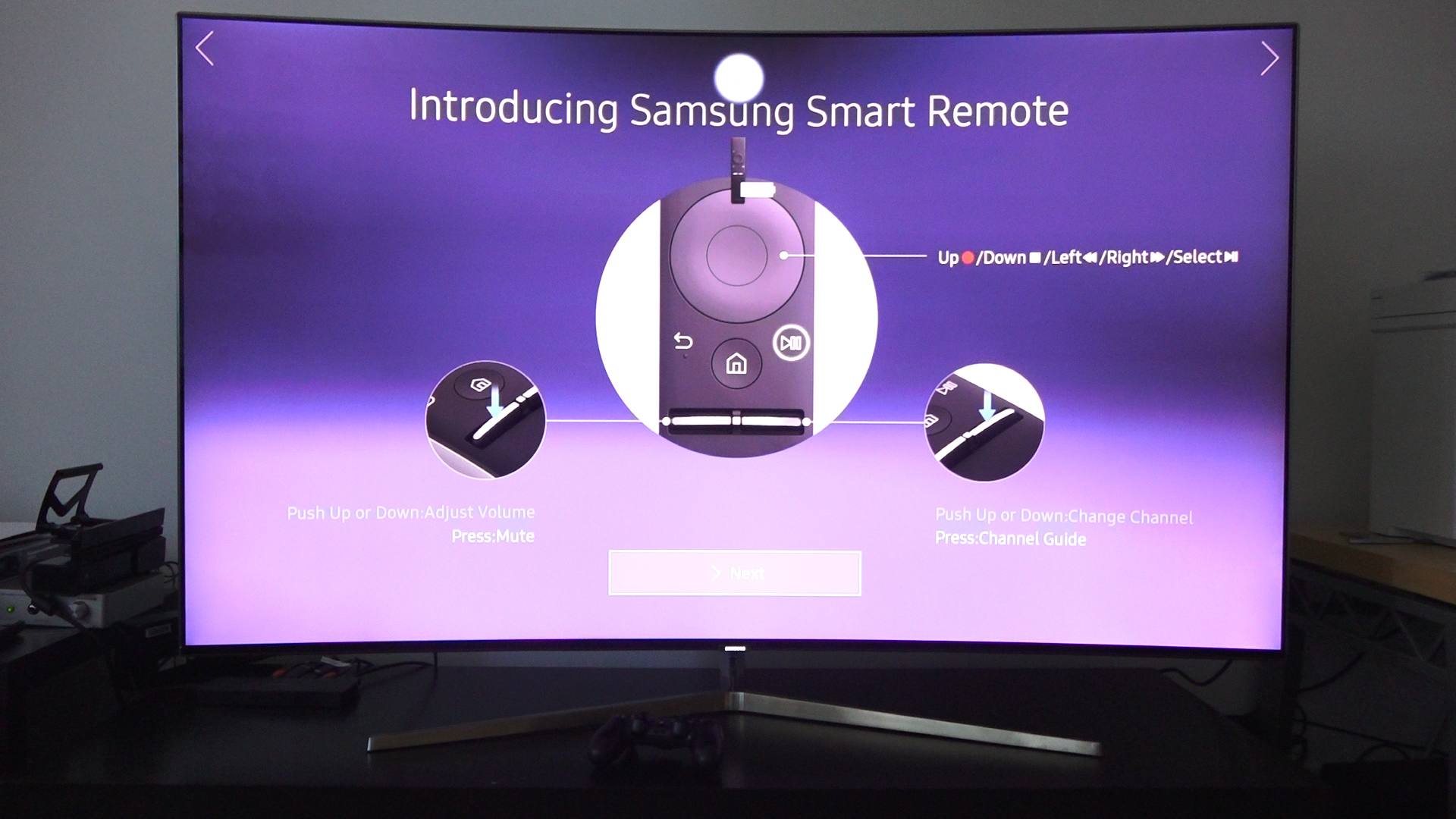 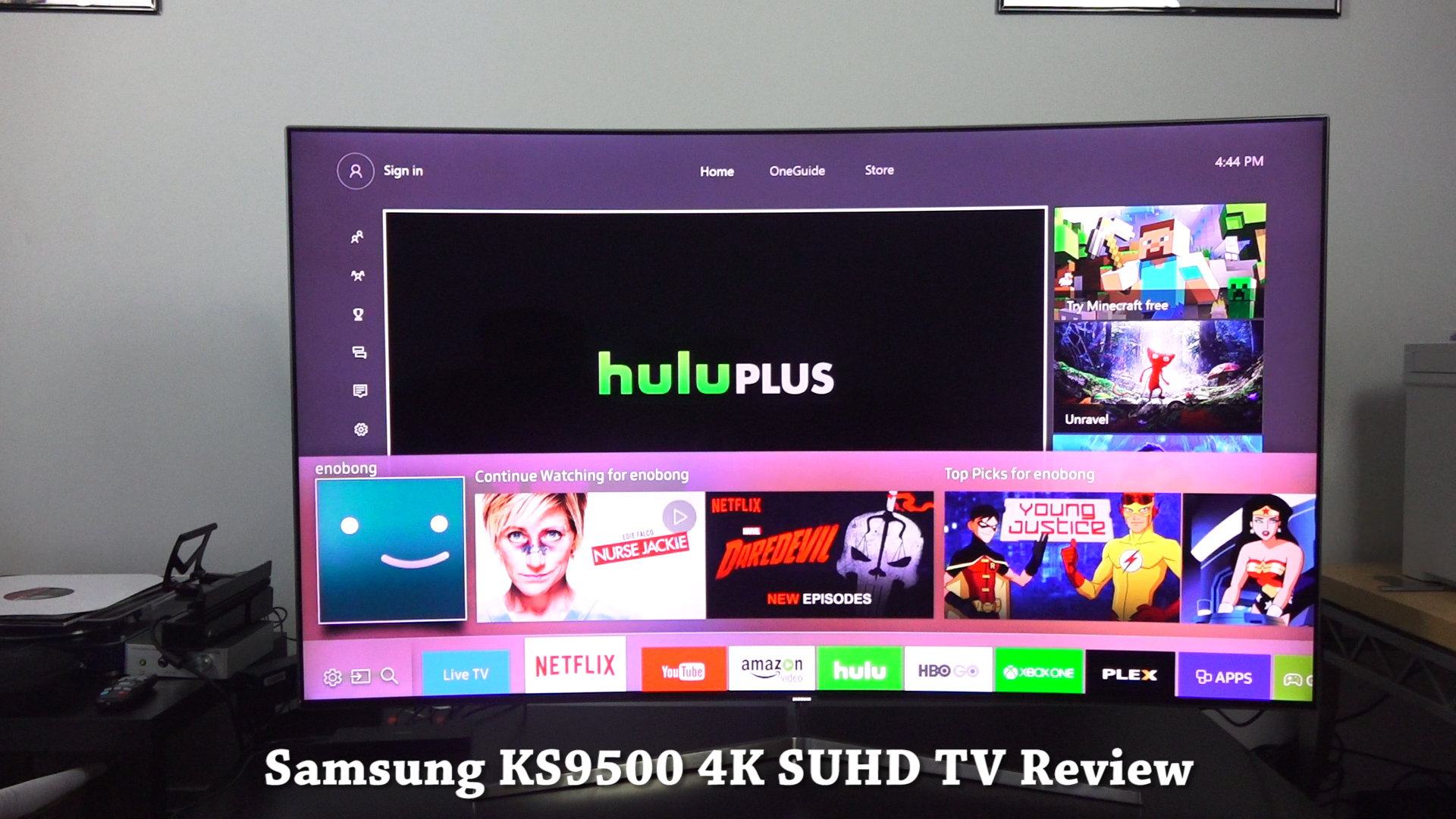 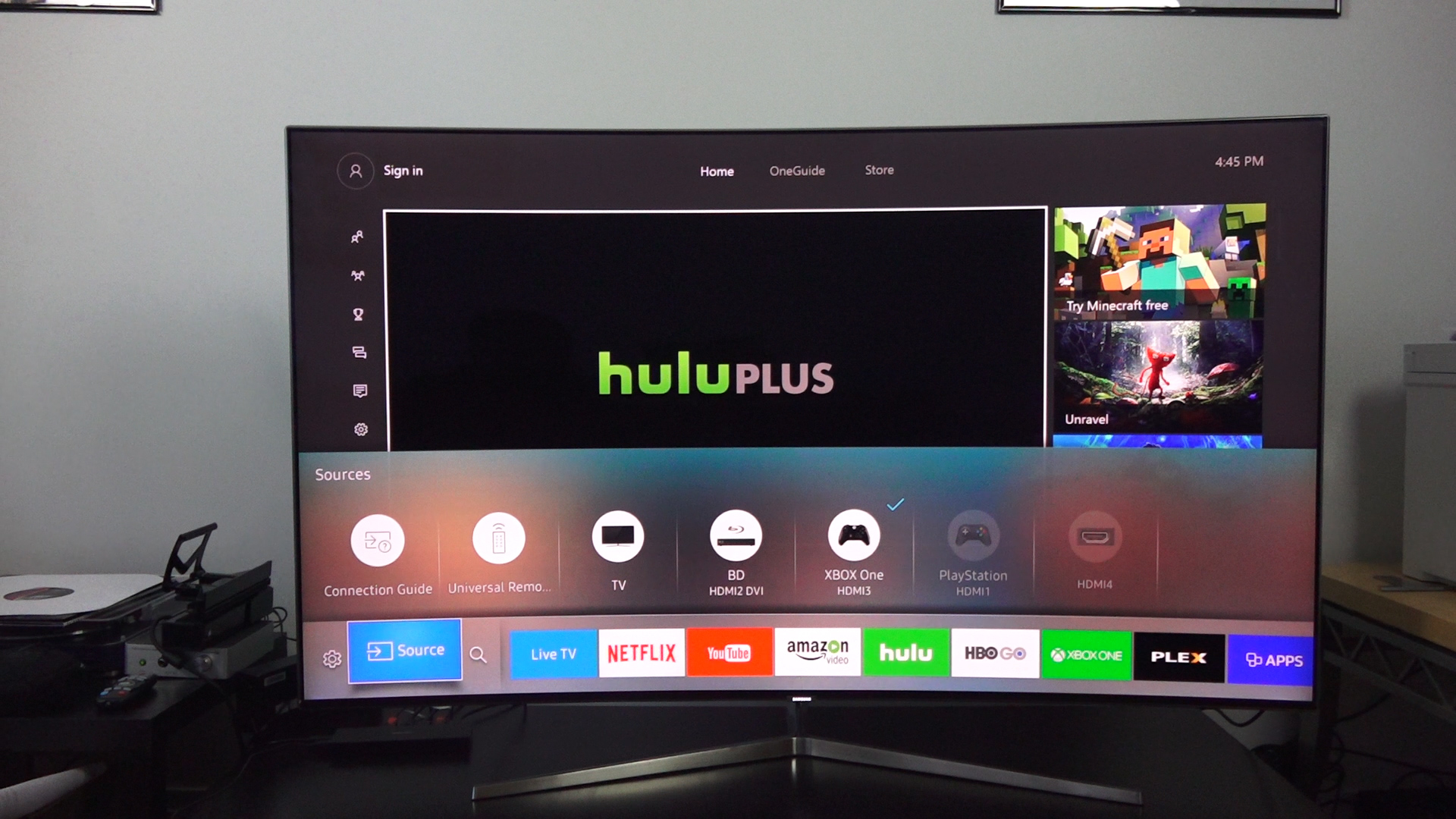 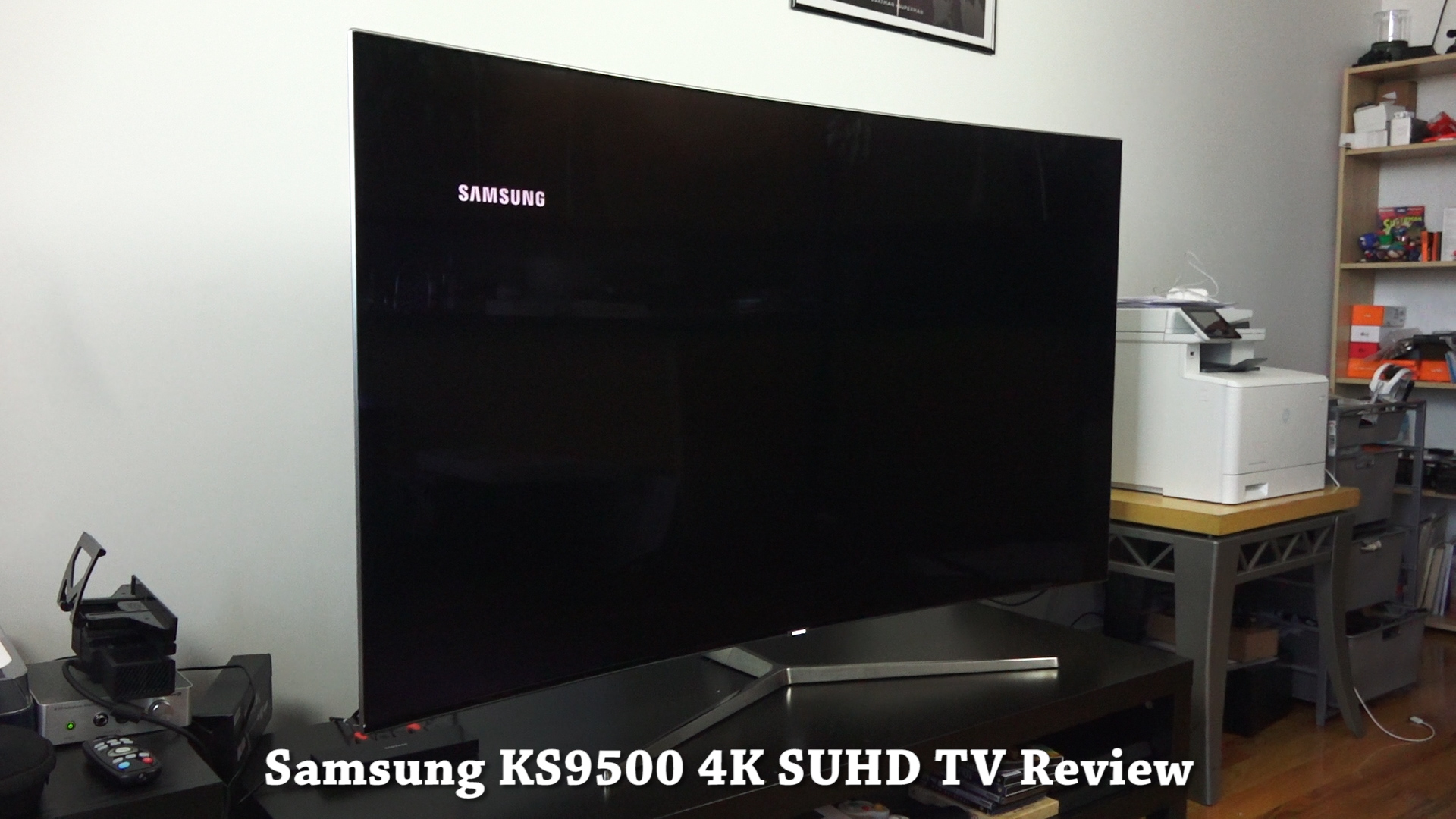