Mophie is known very well in the industry for creating some of the best cases for the modern smart phone, especially the iPhone. They’ve focused primarily on cases that extend battery life on the somewhat troublesome day to day usage of past and present iPhone devices. Mophie has never really stepped into the territory of rugged-everything proof cases. Primarily they’ve left that role mainly to the likes of companies such as Otterbox, until now.

Mophie with the clamoring from some of their fan base has combined the versatility of their great battery technology with an “everything” like case called the Juice Pack H2PRO. I’ll be forthcoming by stating I have an inherent bias towards large bulky cases on elegant expensive devices. In my mind, it defeats the purpose of buying an expensive device all together. With that being said, I believe this case caters more towards a lifestyle, rather than a function. The Mophie Juice Pack H2Pro sports a 2,750mAh rechargeable lithium-ion polymer battery, which should give you up to 14 additional hours of talk time, 10 hours of Web browsing, 11 hours of video playback, and 50 hours of music. That’s a whole lot of enhancement for a case. With a name like H2PRO attached to it, all pun intended, you can be rest assured what makes the case even more versatile is the addition of being waterproof.

The waterproof level is similar to what we’ve seen in certain smart phones like the Xperia line of devices and previous Samsung models (IP-68). What that means is that you can go swimming for about a half an hour without worrying about the affects it may have on your smart phone. Mophie knowing that this specific type of case is lifestyle influenced added some extra bulk and layers to the case to increase durability. The Juice Pack H2PRO has military grade plastic encompassing the outer shell which gives a rating of MIL STD 810-516.6. To be frank, I have idea what those numbers mean, but in my testing, the case held up amazingly well to accidental and purposeful drops.

There is a protective layer of film over the screen to allow the device to be waterproof, which I’m not a fan of for aesthetic reasons, but Touch ID still works without an issue with it on top of the screen. Don’t get me wrong, this bulky, somewhat heavy case is not for everyone. But for the millions of consumers out there that are obsessed with over protection and non-comprising of their outdoor lifestyle, this case is undoubtedly best in class for the job. You can get the Mophie Juice Pack H2PRO Case for a cool $130. 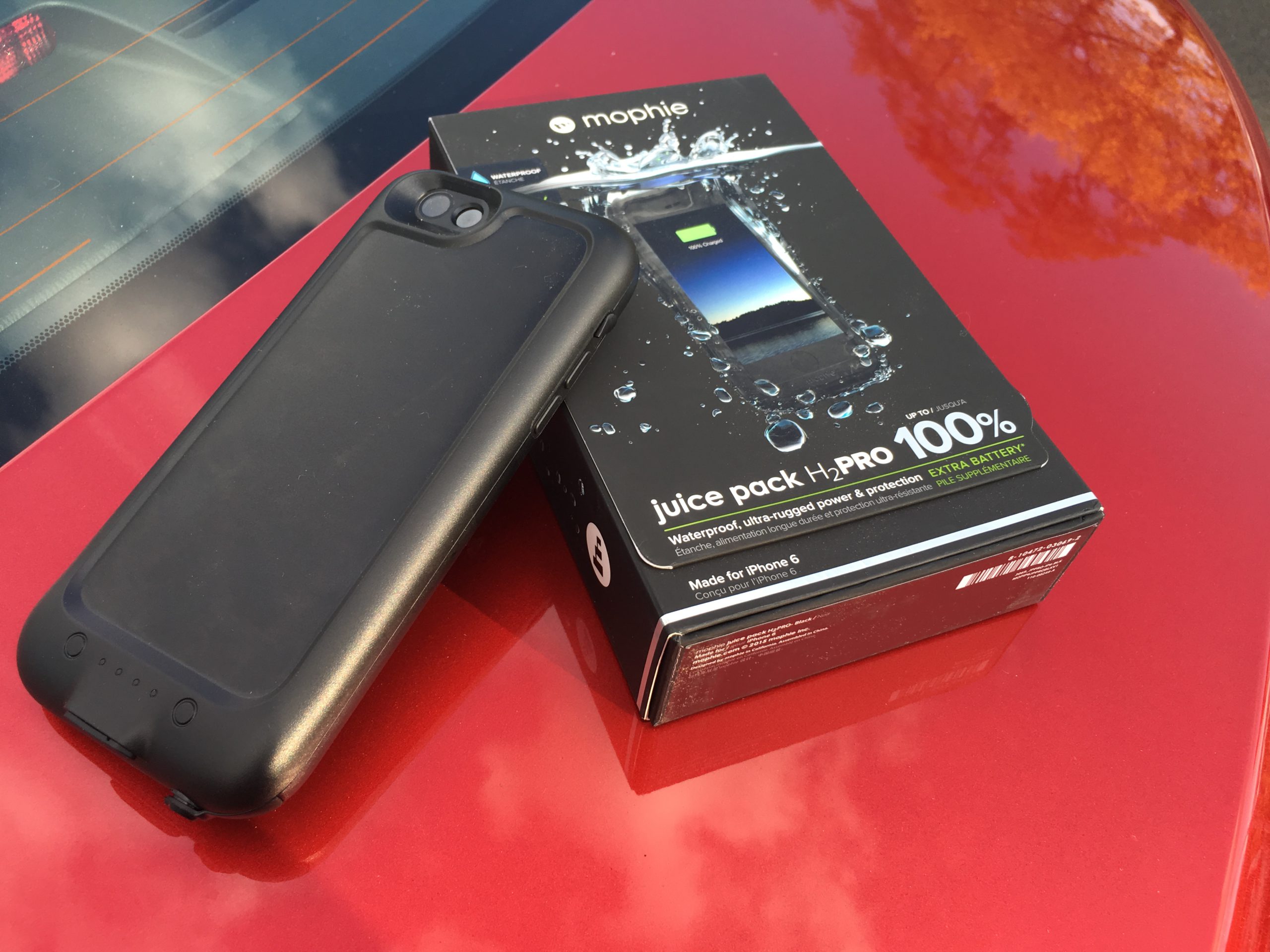 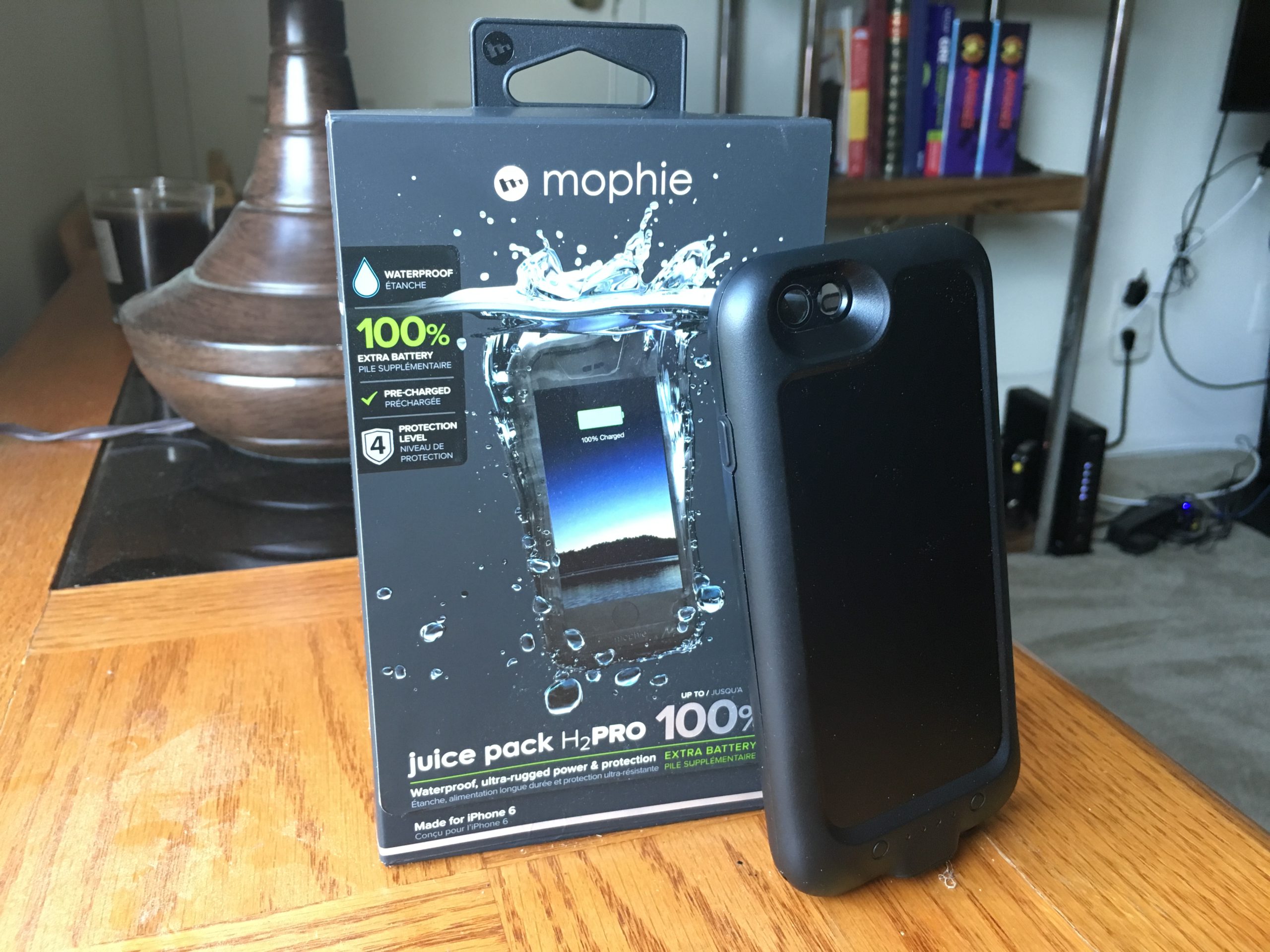 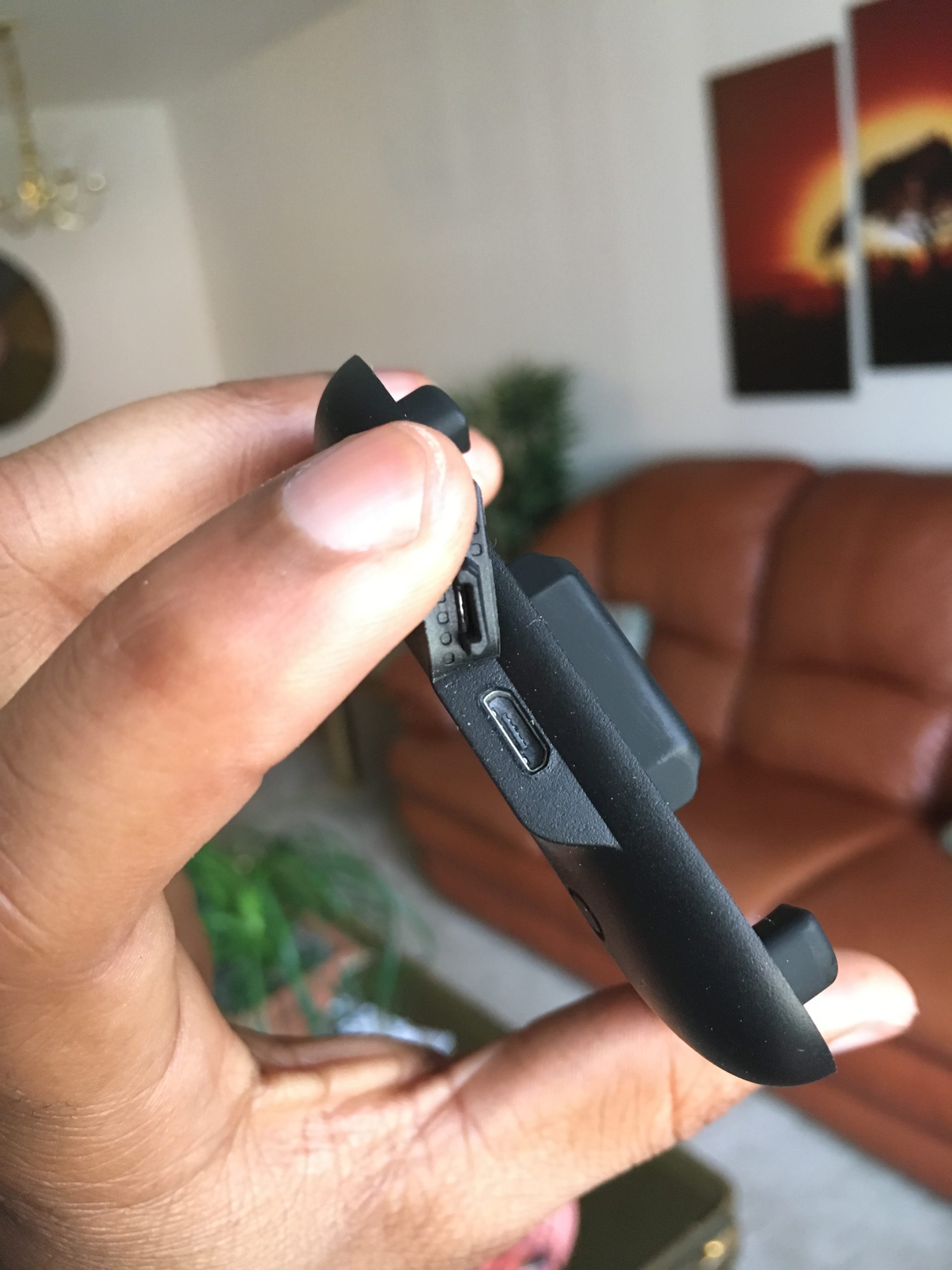 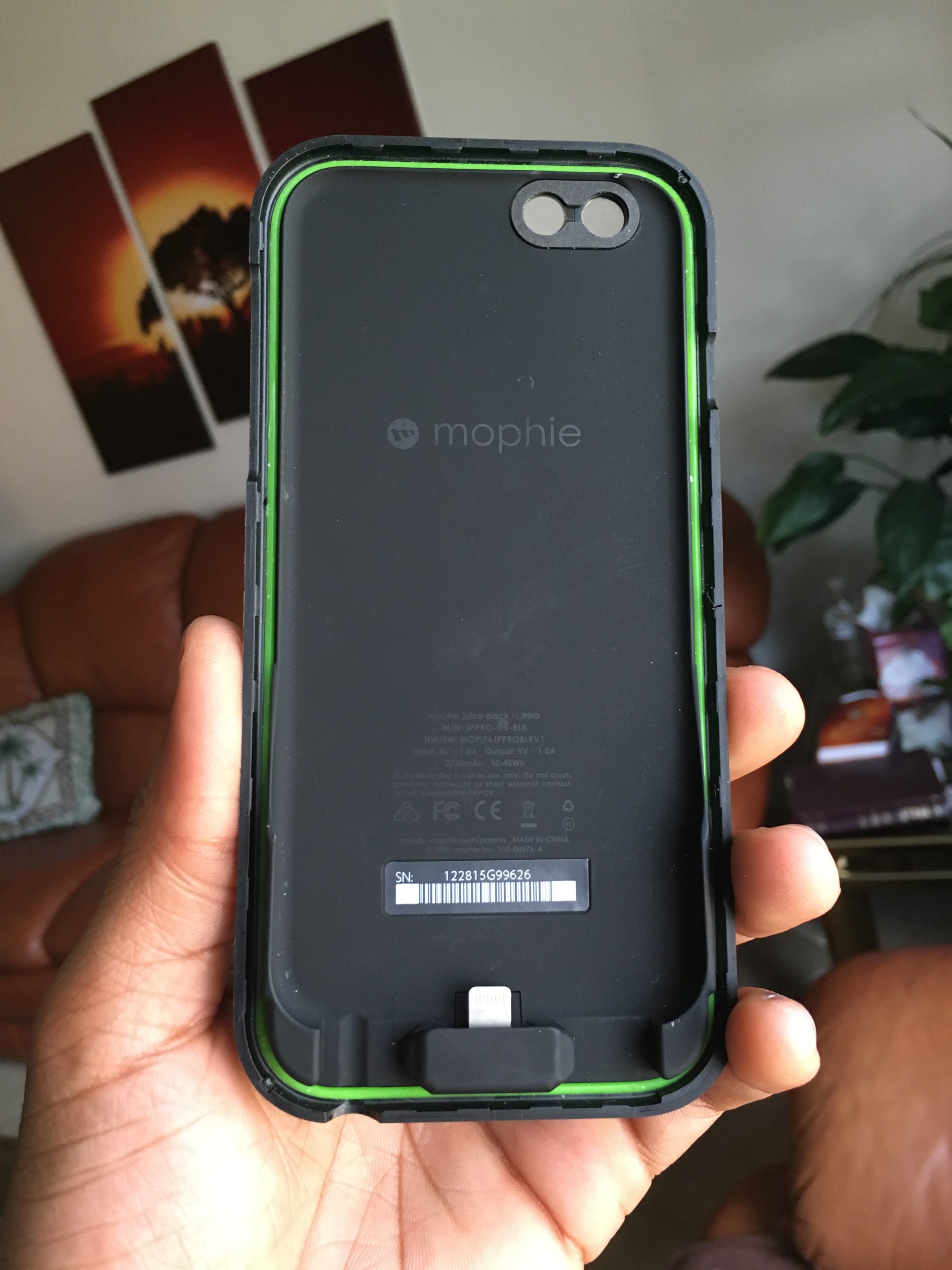