I don’t think anyone was expecting this trailer to drop right before thanksgiving. but Marvel & Disney have decided to grace us with the first Trailer for Captain America:  Civil War. Tonight during Jimmy Kimmel, Robert Downey Jr and Chris Evans showed the teaser trailer for Marvel’s upcoming film “Captain America: Civil War,” which you can watch below.

The cast of the film also includes Chadwick Boseman as T’Challa/Black Panther, Emily VanCamp as Sharon Carter/Agent 13, Daniel Brühl as Baron Helmut Zemo, Frank Grillo as Brock Rumlow/Crossbones, William Hurt as General Thaddeus “Thunderbolt” Ross and Martin Freeman. “Captain America: Civil War” picks up where “Avengers: Age of Ultron” left off, as Steve Rogers leads the new team of Avengers in their continued efforts to safeguard humanity. After another international incident involving the Avengers results in collateral damage, political pressure mounts to install a system of accountability and a governing body to determine when to enlist the services of the team. The new status quo fractures the Avengers while they try to protect the world from a new and nefarious villain. 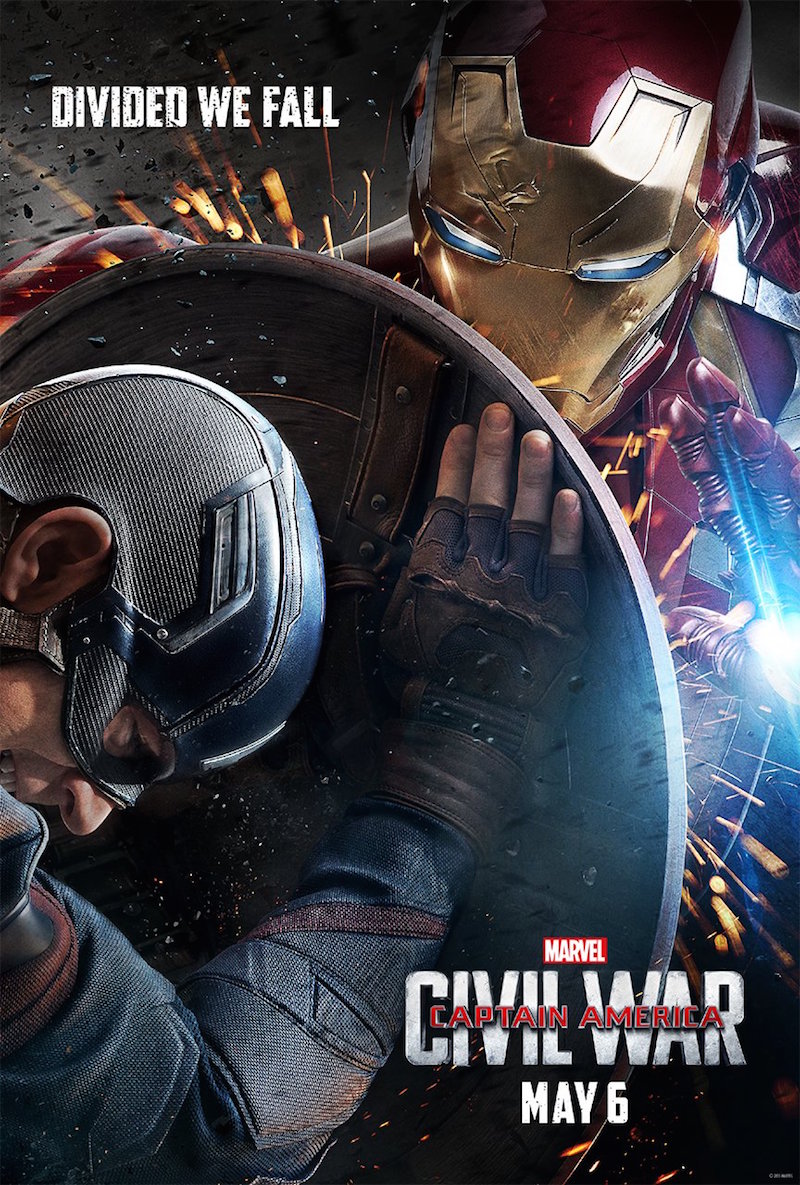 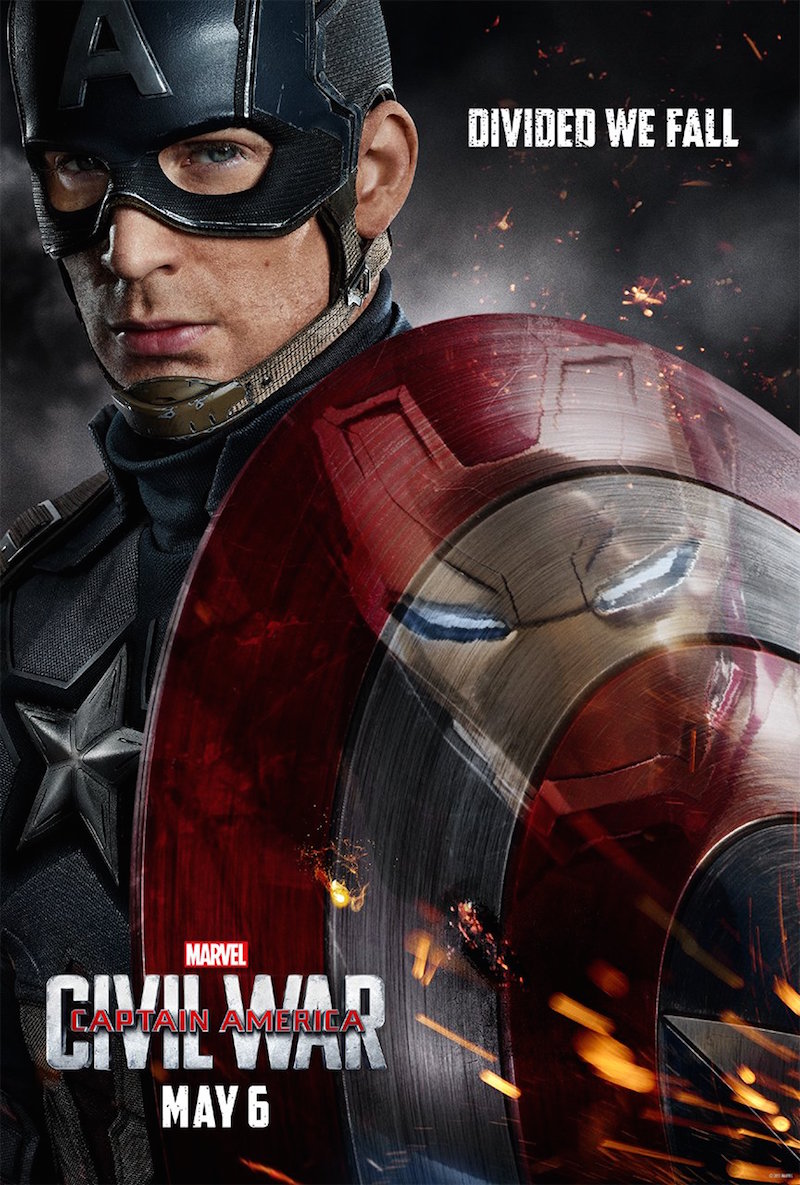 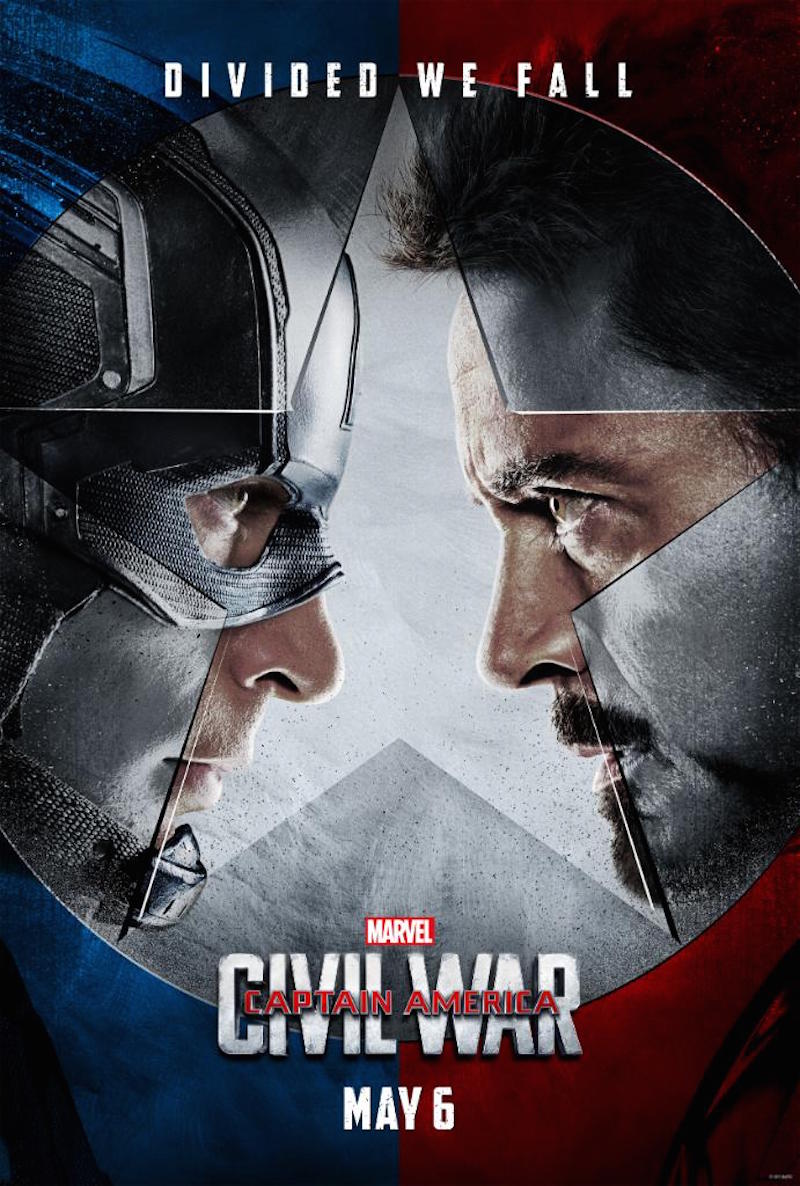