The new 800 Series Diamond is the result of an intensive seven-year project to make the best better. A combination of tireless research and development, advanced engineering, and countless hours of listening by the very best ears in the business have produced a range of loudspeakers that places the listener closer to the recording than ever thought possible.  The improvement can be heard from the first note.

The fundamental evolution of the range is such that almost all of the component parts are different from the outgoing 800 Series Diamond.  As Bowers & Wilkins Head of Research Martial Rousseau says, “This is not an update. This is a completely re-imagined design.  One of the few remaining elements is the Diamond tweeter. We found it impossible to improve on the performance offered by diamond, although behind the diamond dome, the motor system was improved considerably.”

The exceptional Diamond dome may have been retained, but the rest of the loudspeaker has been thoroughly over-hauled to deliver uncompromising high-fidelity sound that sets a new benchmark for loudspeaker performance.

The changes involve a vast number of technological, engineering and acoustic innovations that combine to create a sublime listening experience. Most striking is the transformation of the midrange drive units. A new Continuum cone, developed in-house by Bowers & Wilkins engineers, replaces the Kevlar cones that have long been a major factor of the 800 Series’ famously realistic midrange performance.  The Continuum cone takes the best acoustic aspects of Kevlar further, providing a level of clarity that simply must be heard to be appreciated.   Bass performance has also been dramatically improved by the introduction of the Aerofoil cone, which considerably reduces distortion thanks to a new variable profile cone geometry more advanced sandwich construction.

These innovations, when teamed with dramatically improved cabinets, more robust Matrix bracing system, a new solid body tweeter assembly and the vastly improved Turbine head midrange enclosure means distortion has been reduced dramatically in every regard, revealing a level of clarity that seems inconceivable. 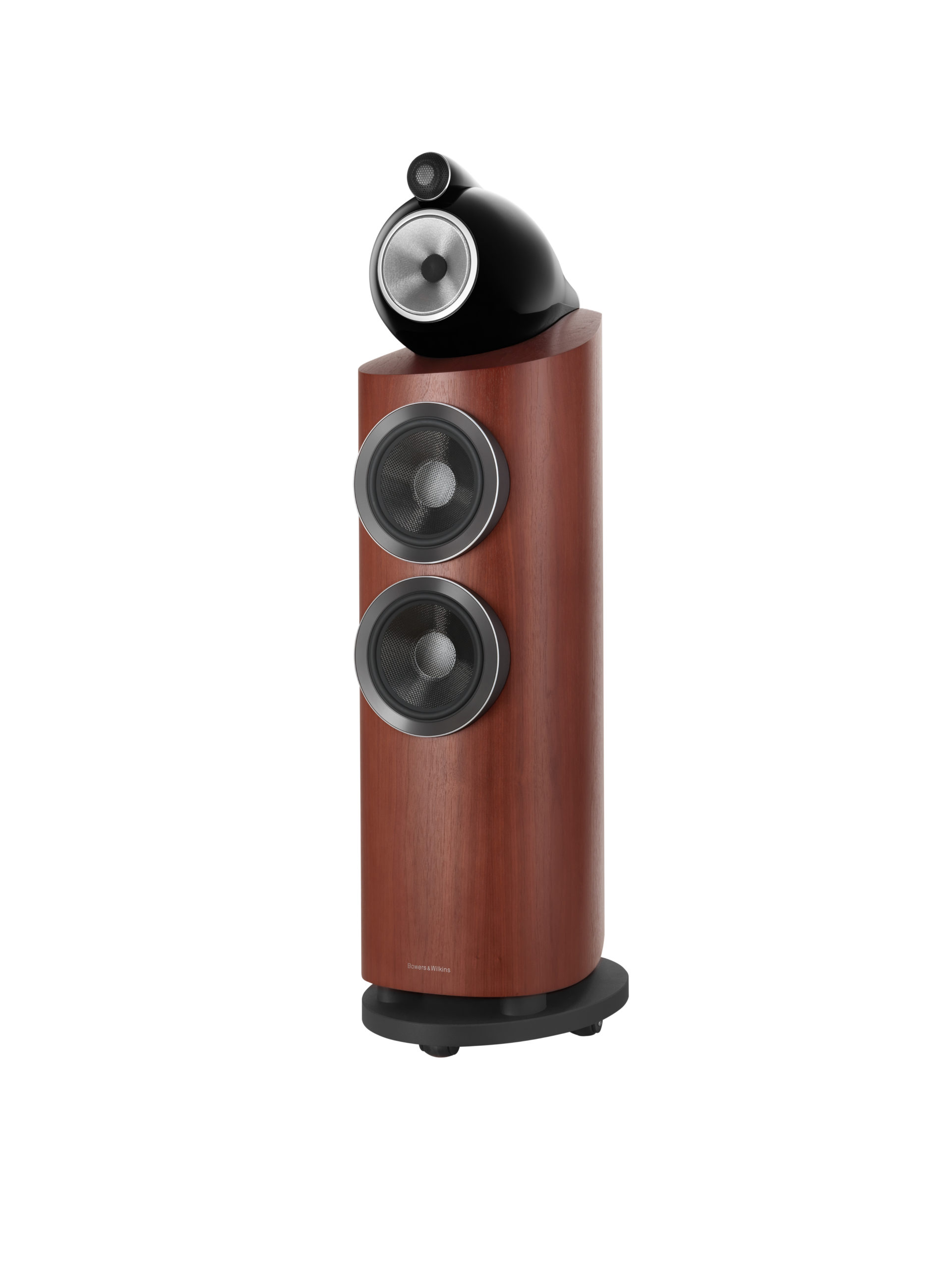 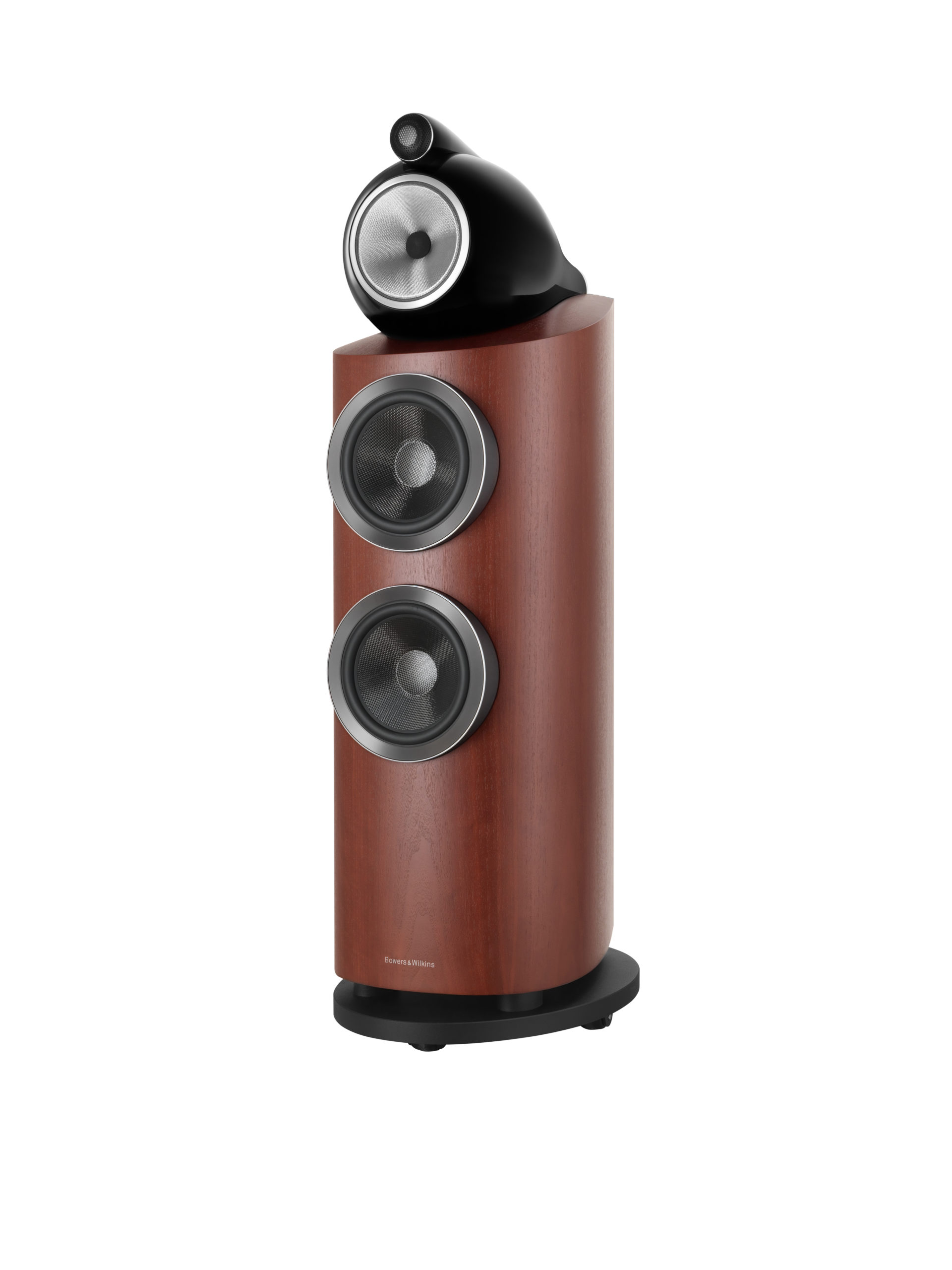 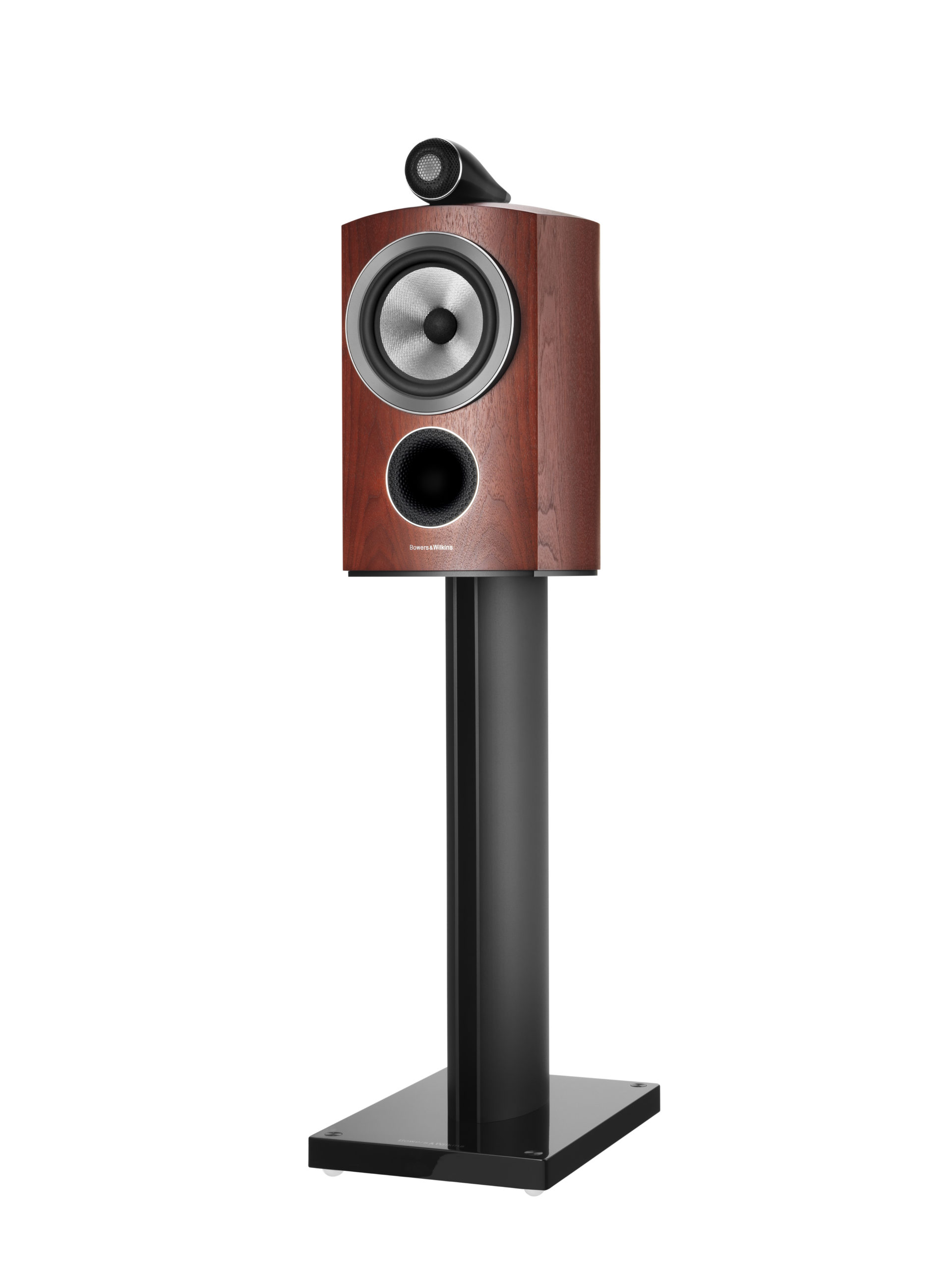 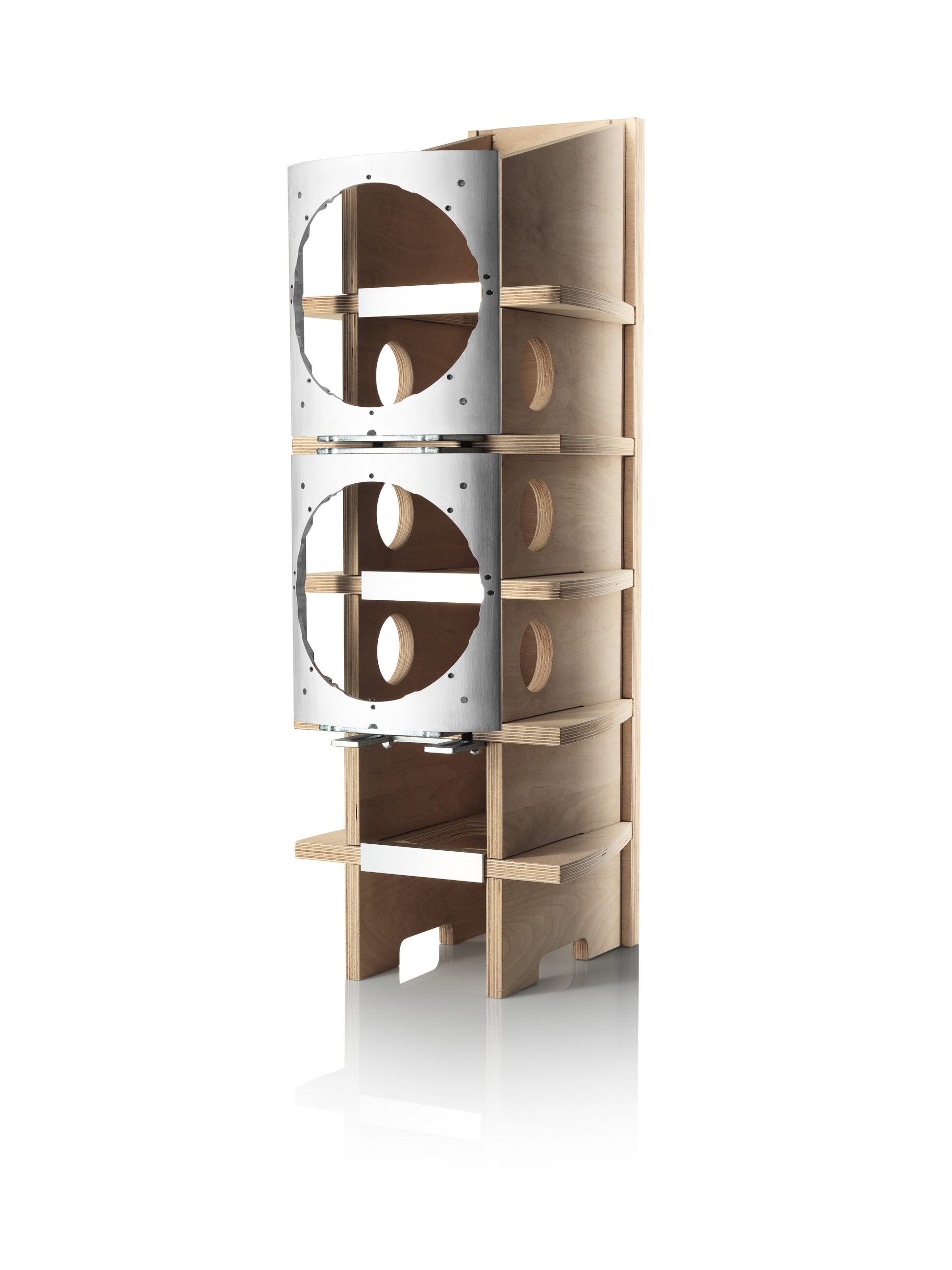 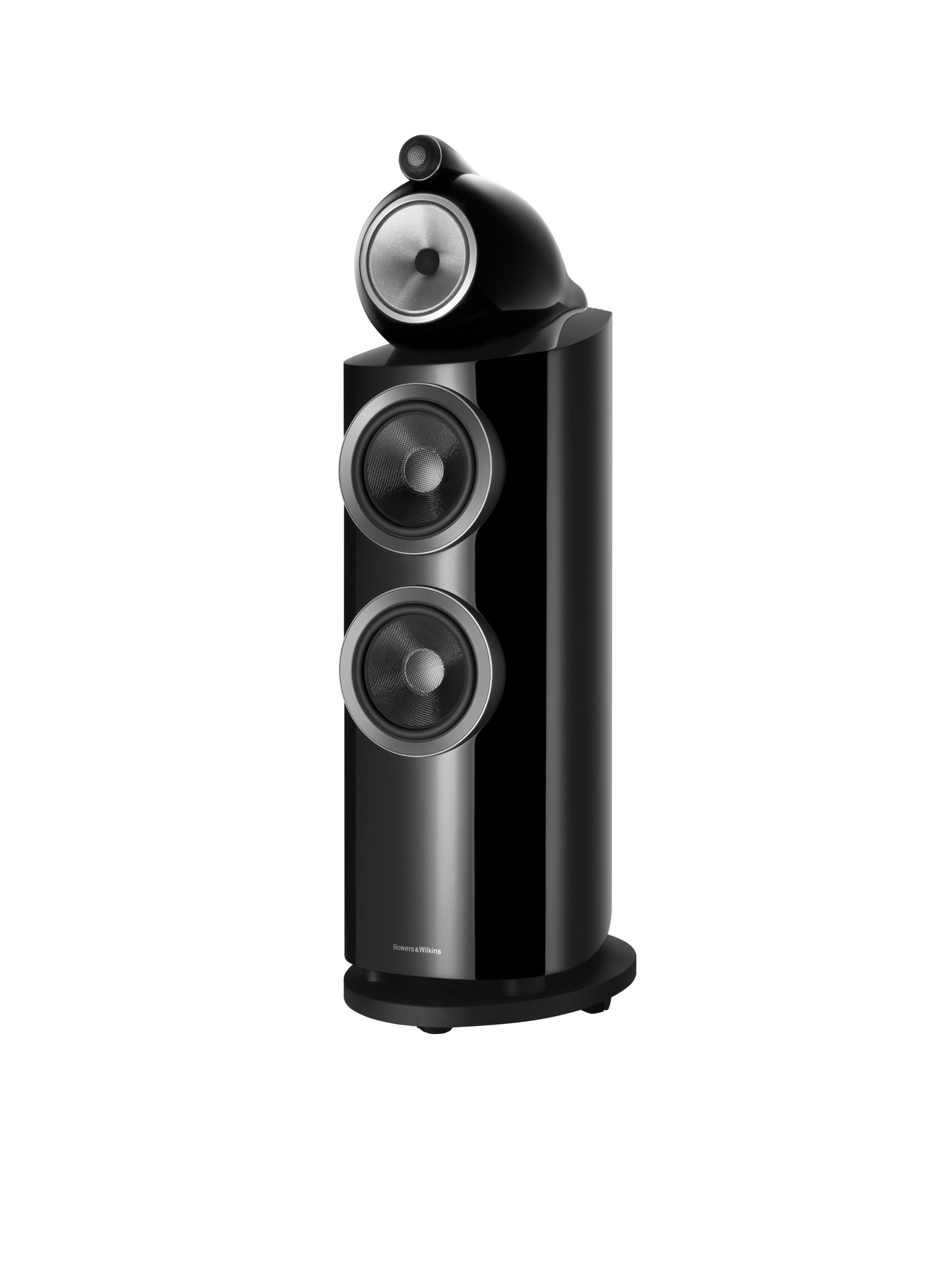 The new industrial design achieves the nearly impossible. It is both a radical departure and, paradoxically, a subtle change that preserves Bowers & Wilkins’ unique design aesthetic; a slender, more modern industrial design that remains true to Bowers & Wilkins long tradition. With distinctive aluminum pods on all models securing and decoupling drivers from the enclosure, and the Turbine head constructed from a single piece of aluminum sitting on a sleek reverse-wrap cabinet on the “headed” models, the luminously finished cabinets are crafted from layers of wood, curved into shape under intense pressure. The new 800 Series inspires thoughts of architectural triumph with its sumptuous, acoustically derived lines.

Testament to Bowers & Wilkins desire to manufacture consistently class-leading loudspeakers, the entire manufacturing plant in Worthing, West Sussex, UK was redesigned specifically for production of the new 800 Series Diamond – a enormous investment in tooling, materials and processes to ensure that every model produced is a perfect replica of the reference master.

Throughout the range – from the studio-quality 802 D3 to the more accessible 805 D3 – there is something to suit every audiophile preference. Imagined, designed and produced in the UK, the new 800 Series Diamond range is the pinnacle of British acoustic engineering achievement.