Turtle Beach announced a pending merger with the company Parametric Sound. Both companies showcased an amazing piece of technology called HyperSound . It is an amazing innovation in audio directing sound in a narrow beam keeping it in one specific location.

With a traditional loud speaker system, the sound is sent in all directions. No matter where people are positioned, they will hear that sound as long as they are close enough to the source. They will know exactly where the sound is coming from. With Hypersound, it creates a specific zone of immersive audio. It is a “must-hear.” Step into the beam and you will be surrounded by 3d audio as if you’re wearing a surround sound headset, step out of the beam and you will no longer hear any audio. Stop by the Turtle Beach booth to experience it for yourself. 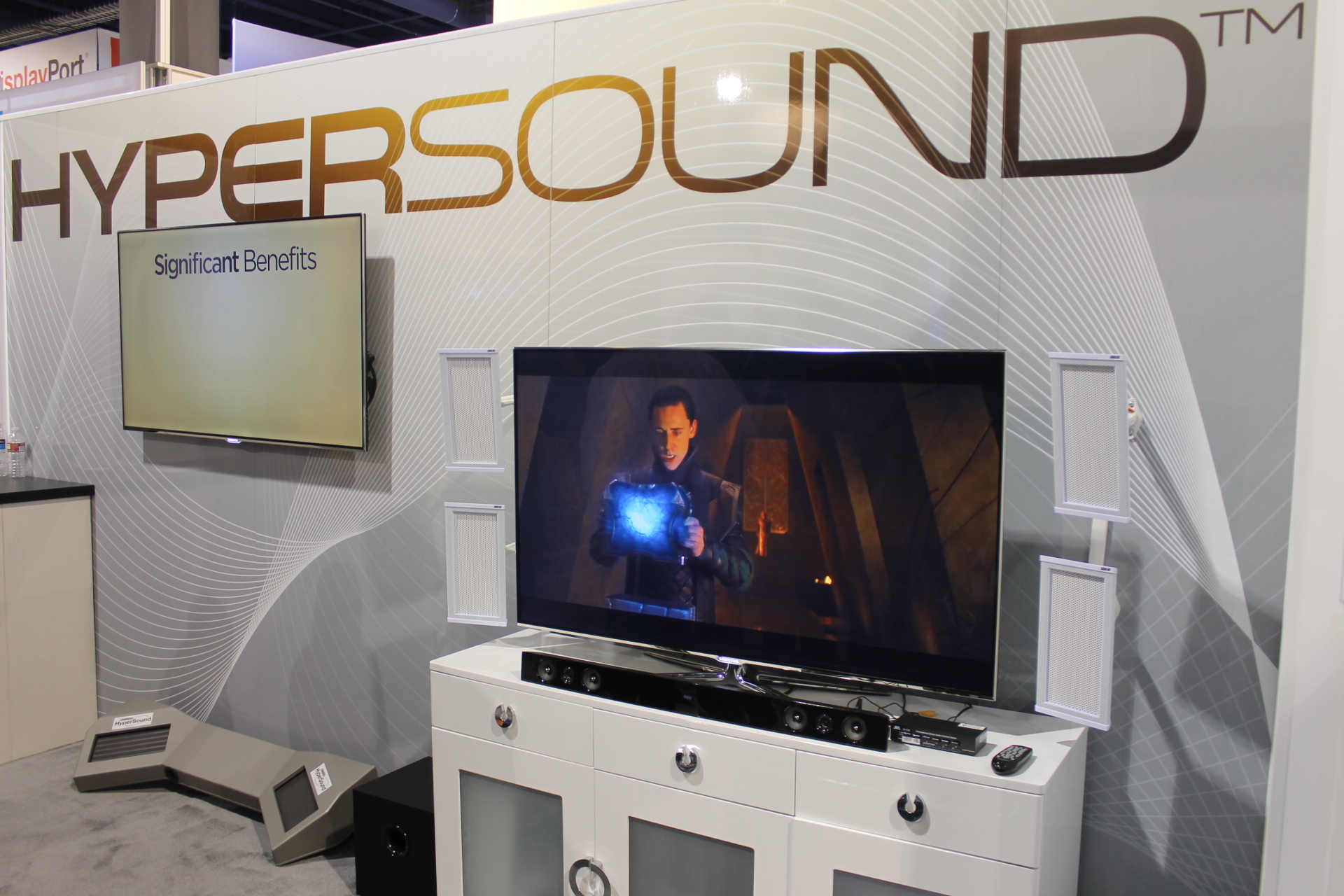 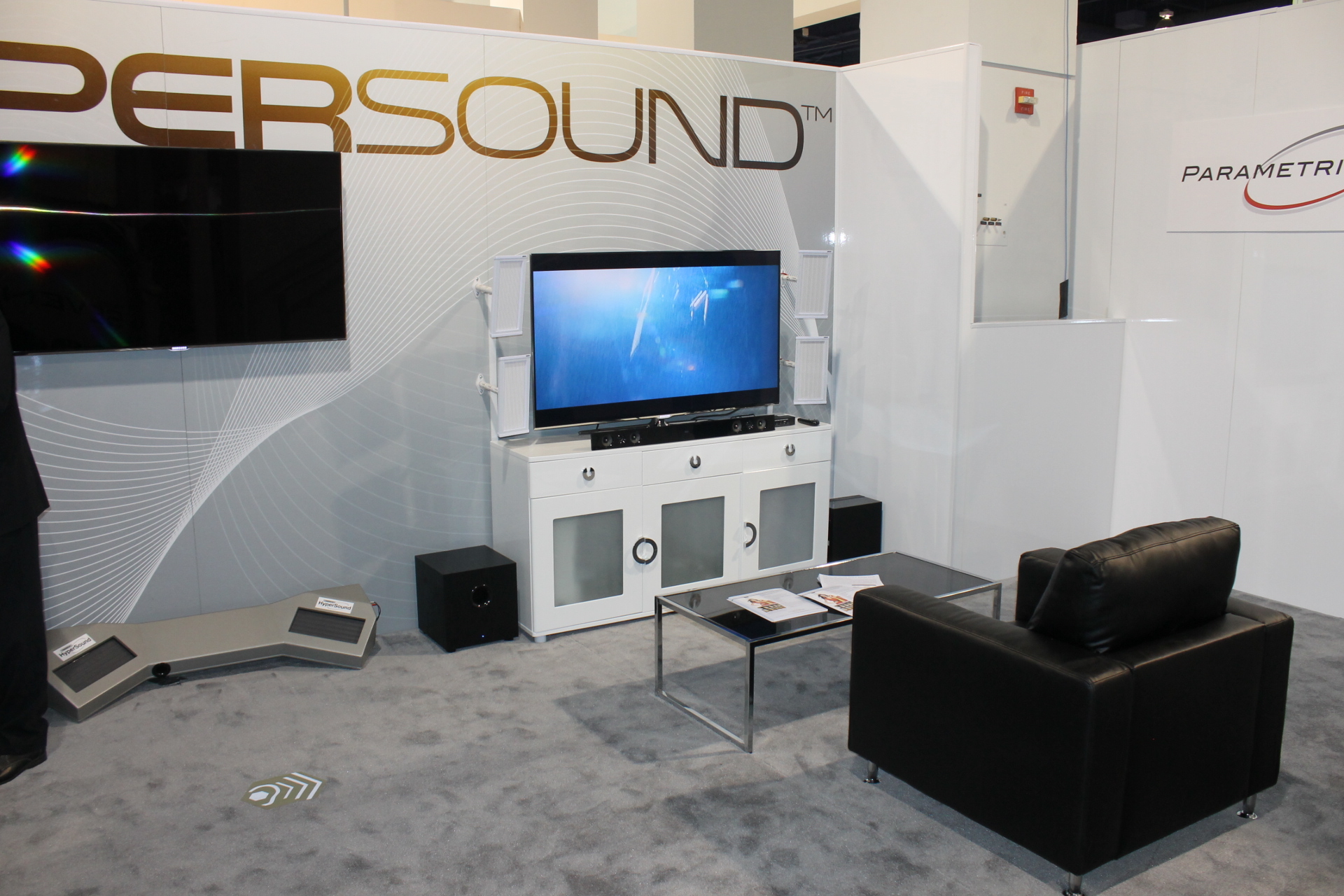 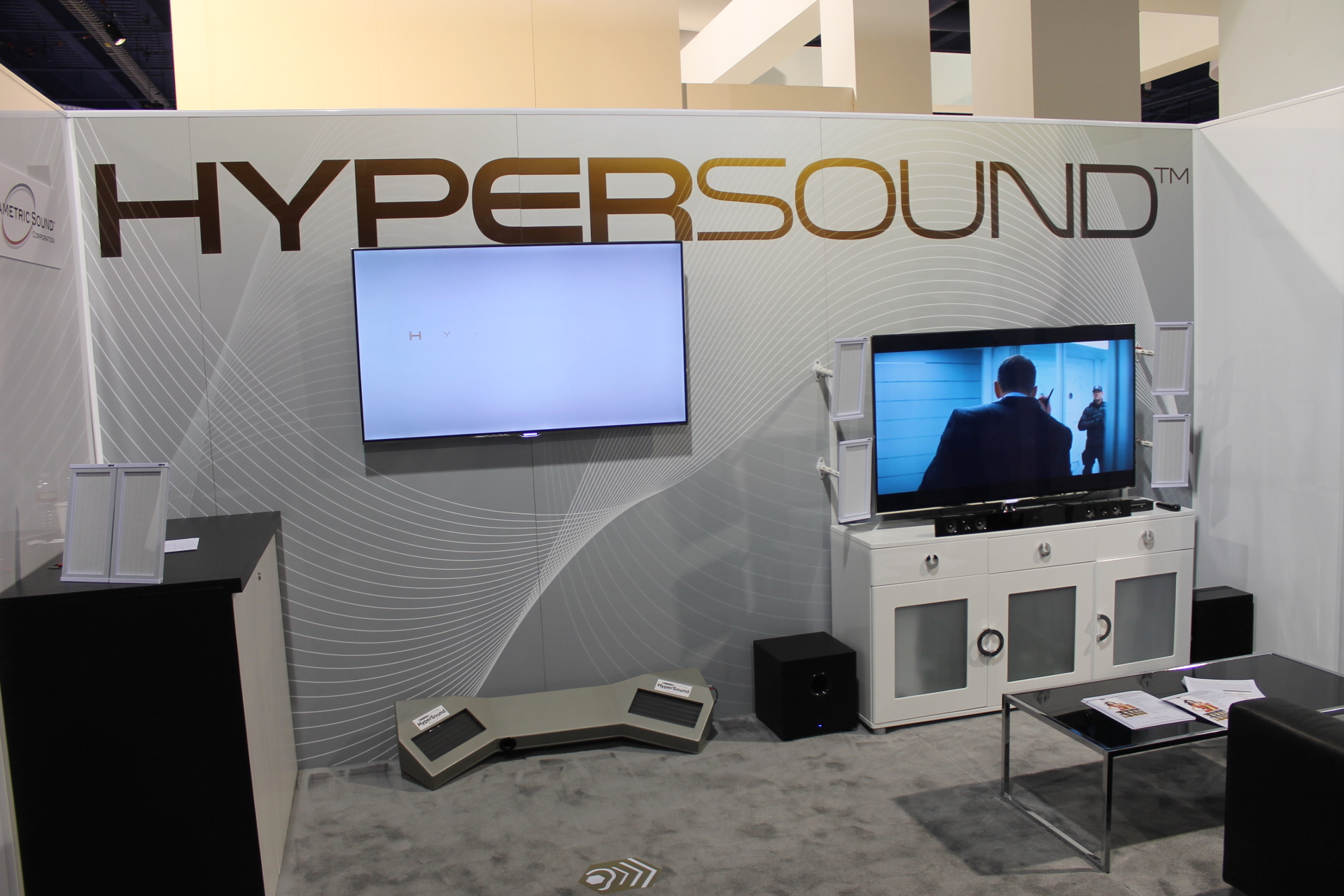 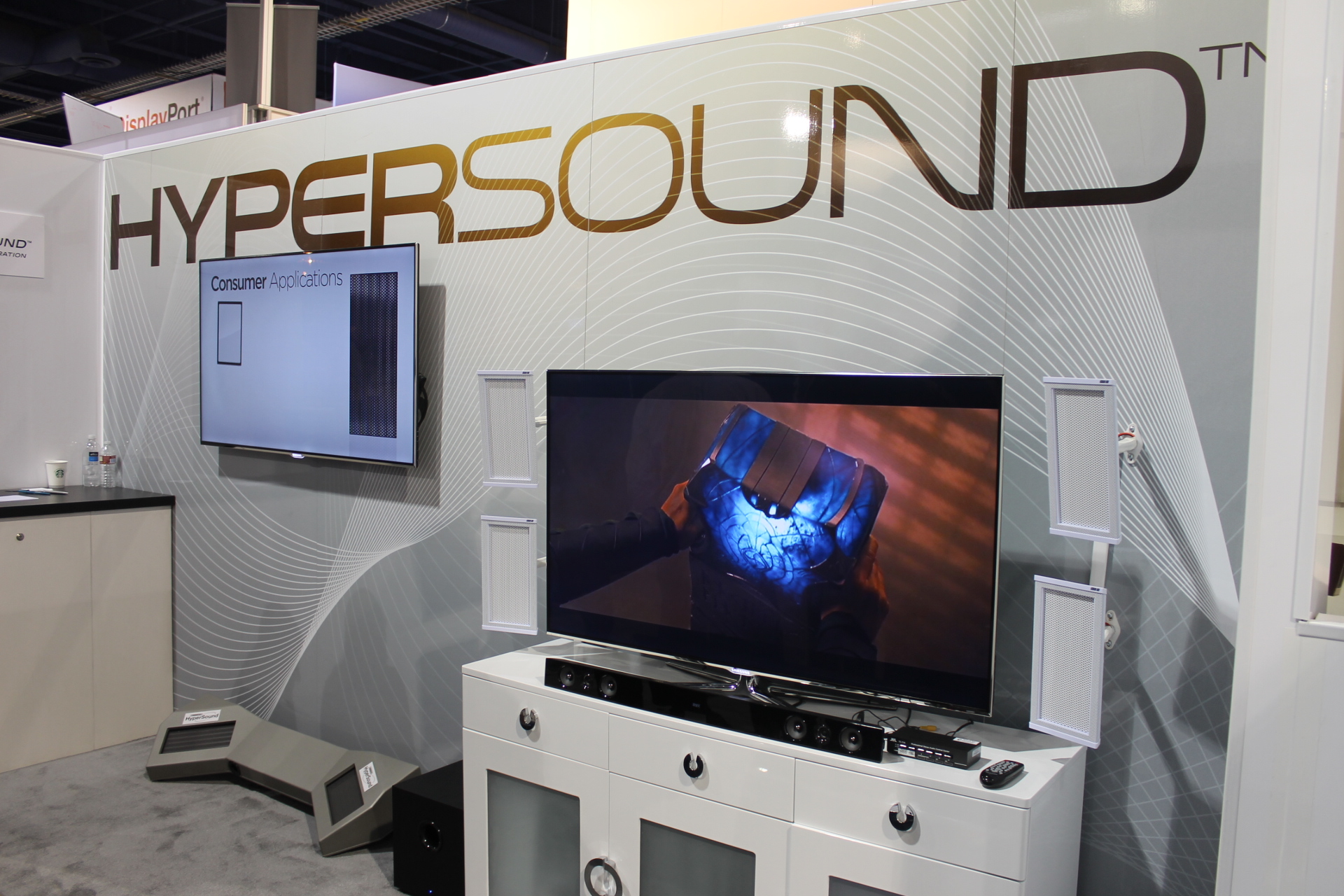 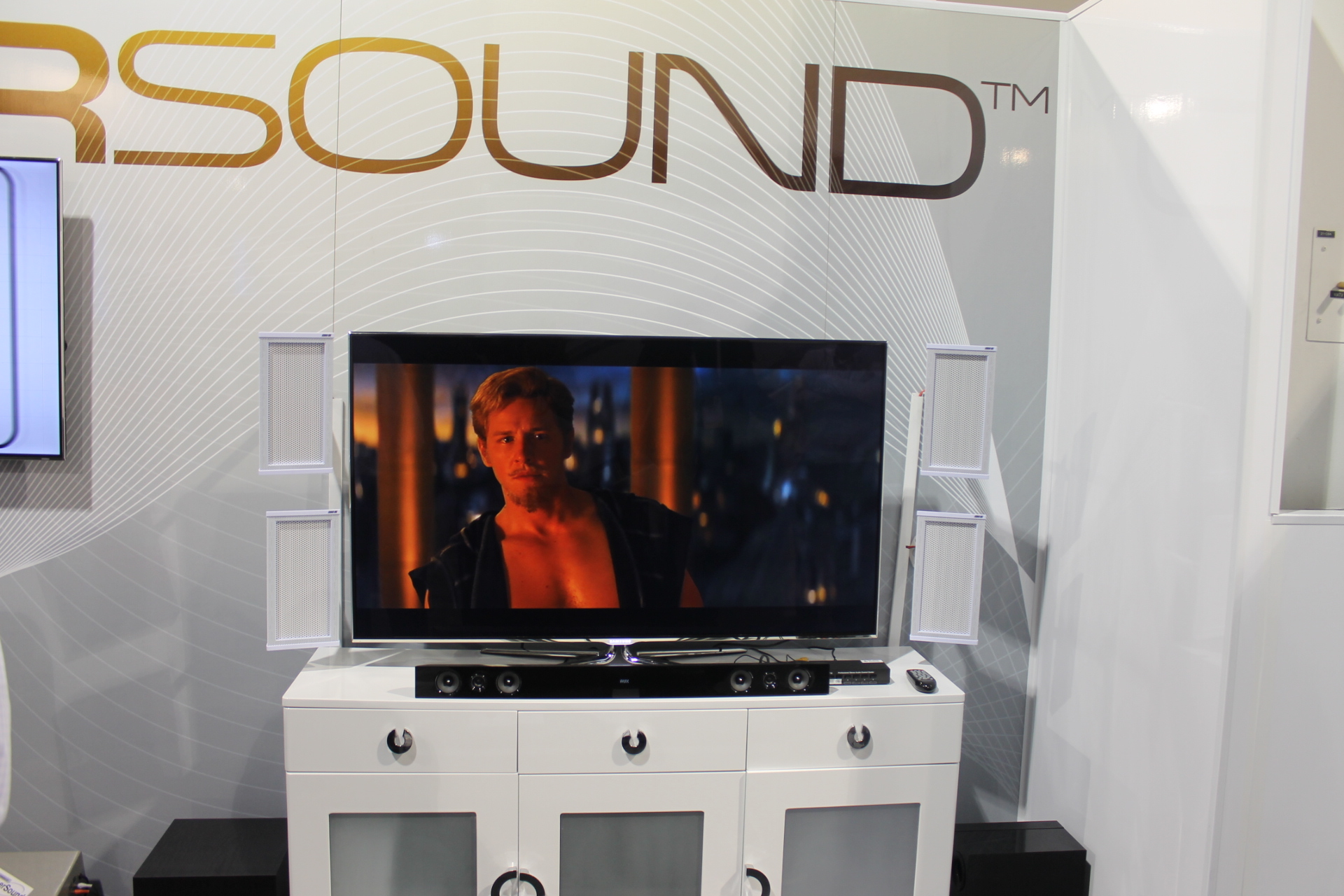 “This merger creates an audio innovator that has the technology expertise and product commercialization experience to introduce new disruptive products across a range of large addressable markets,” said Juergen Stark, Parametric Sound’s new chief executive officer. “We are excited about closing the merger and our team is focused on leveraging the combined company’s assets to grow our commercial and consumer audio business.”

“The newly combined company has the resources to bring innovative HyperSound products to market at an accelerated pace and offers our shareholders an opportunity to realize significant value on their investment,” said Ken Potashner, Parametric Sound board member. “I am confident in the future of this company and look forward to continuing to serve on the board of directors.”

Juergen Stark will serve as CEO of the combined company. Mr. Stark joined Turtle Beach as CEO in September 2012. Prior to joining Turtle Beach, Stark served as chief operating officer for Motorola Mobility Holdings, Inc.’s Mobile Devices business through the sale of that business to Google in 2012.

In addition to Mr. Potashner and Mr. Stark, the new board of directors of Parametric Sound includes: Dr. Andrew Wolfe, an independent Parametric Sound director since February 2012; Ron Doornink, an operating partner of Stripes Group, LLC, the majority owner of Turtle Beach, and former President of Activision, Inc.; and Kenneth A. Fox, founder and Managing General Partner of Stripes Group, LLC. Two independent directors also appointed to the board are Bill Keitel, who recently retired as CFO of Qualcomm Inc., and Laureen DeBuono, partner at CFO consulting services firm FLG Partners, LLC.

The completion of the merger, which is effective January 15, 2014, followed the approval of proposals relating to the merger by the stockholders of Parametric Sound at a special meeting on December 27, 2013. Post-merger, Parametric Sound now has approximately 37.1 million shares of common stock issued and outstanding. Effective today the Company’s shares began trading on the more senior NASDAQ Capital Market under the same symbol “PAMT.”

Parametric Sound Corporation is an audio technology company that markets innovative products under the Turtle Beach and HyperSound brands.

The company designs and markets premium audio peripherals for video game consoles, personal computers and mobile devices under the brand Turtle Beach (TurtleBeach.com), including officially-licensed headsets for the next-generation Xbox® One and PlayStation® 4 consoles. Turtle Beach is the leading brand in video game audio and the official audio provider for Major League Gaming, the world’s largest eSports league, and Twitch, the world’s leading video platform and community for gamers.

Under the brand HyperSound (HyperSound.com), the company markets pioneering directed audio solutions that beam sound to a specific listening area without the ambient noise of traditional speakers. HyperSound has potential applications in digital signage and kiosks, consumer electronics and health care.