The Samsung Galaxy Note Edge is the next evolution in the Galaxy Note line from the Note 4. The Galaxy Note Edge in many ways is a Note 4 and that’s not a bad thing. What I mean is that you have got the same internals that makes the Galaxy Note 4 the best smartphone on the market with a Snapdragon 805 processor, 3GB of ram, a 16MP isocell camera that takes some very stellar photos, and records video at 4K resoultion. Plus a 3.7MP front facing camera that records at 2K and does a fantastic job too. The Note Edge as all those plus, the every trust worthy S-pen with all its new improved features. A new fast charging feature which should provide 50% charge in about half an hour, aheart rate monitor which works along with the S Health app to boost your workout and a Fingerprint scanner, which while a cool feature is still a bit finicky.

The main feature of the Note Edge is its 5.6 inch QHD curved display. Samsung has crafted a display has a curve to the right side of the screen , which is continues but yet has a separate functionality to the main screen’s use. At first glance the Note Edge screen looks like a fun gimmick, which some would say is standard with Samsung devices. But the Note Edge adds a lot more to the device than you would think. The curved side of the screen can bee used as an app repository ( which is what I use it for mostly), as well as a menu screen for options in like the camera app. The ticker use of the edge screen also adds more functionality to it with a cycle roll of information at your finger tips. Its a bit hard to describe but easier to see the full functionality of the Galaxy Note Edge in the video review below.

Overall the Note Edge, is like the Galaxy Note 4. A stellar device; the curved screen adds to what the phone provides in performance and form. Granted few apps take advantage of the curved display. Samsung has once again brought something to the fore front that could change the face of smartphones. 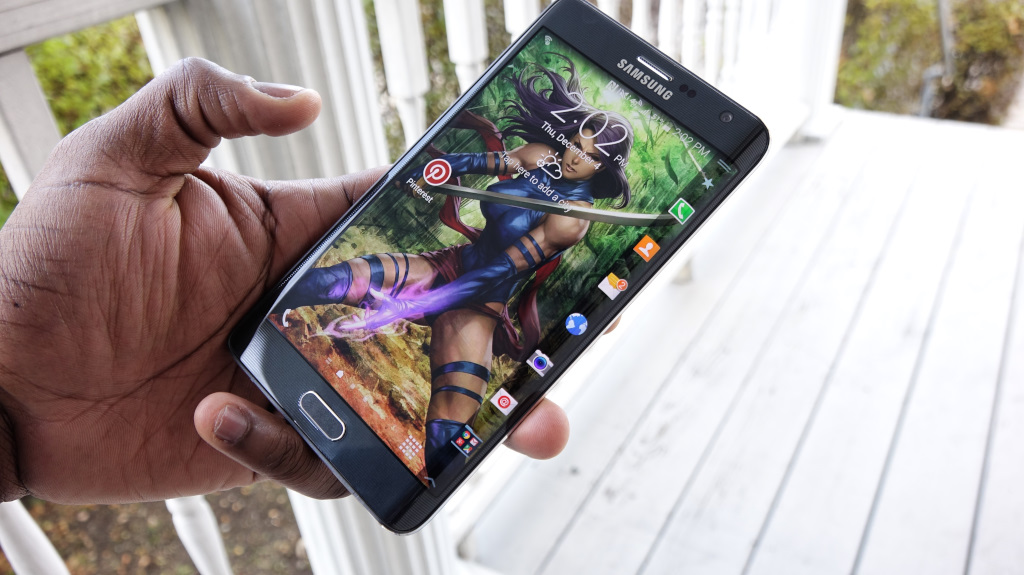 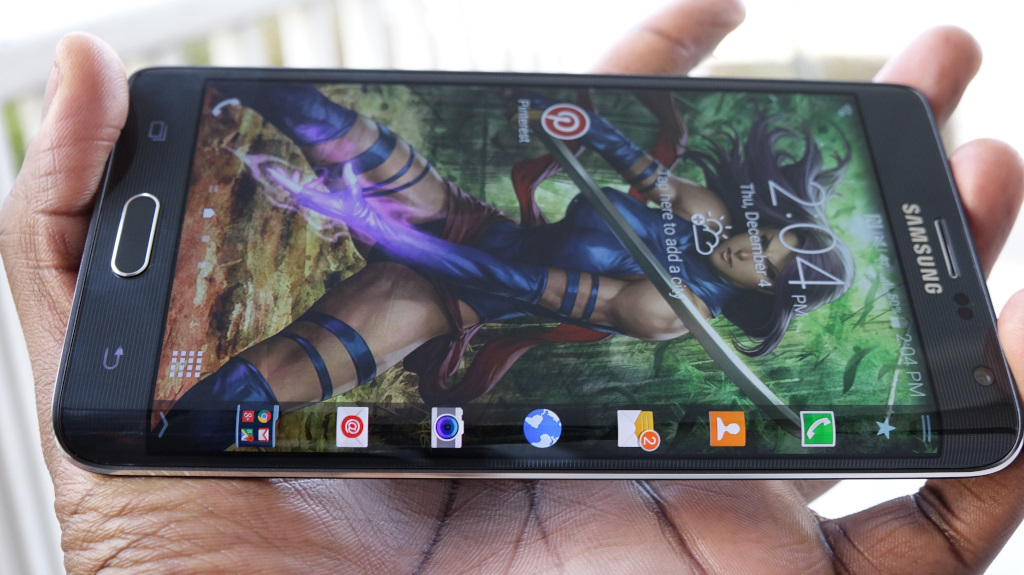 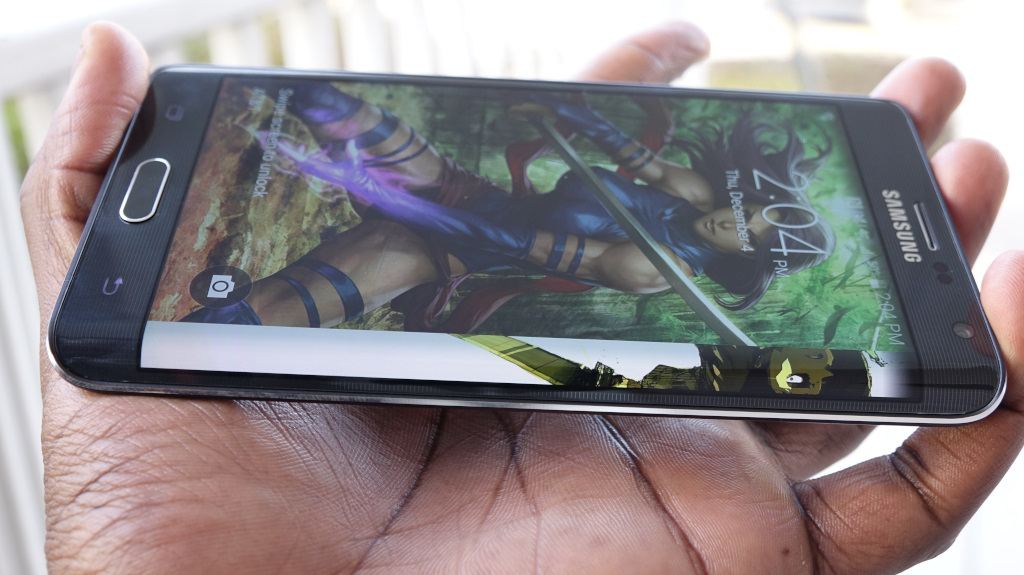 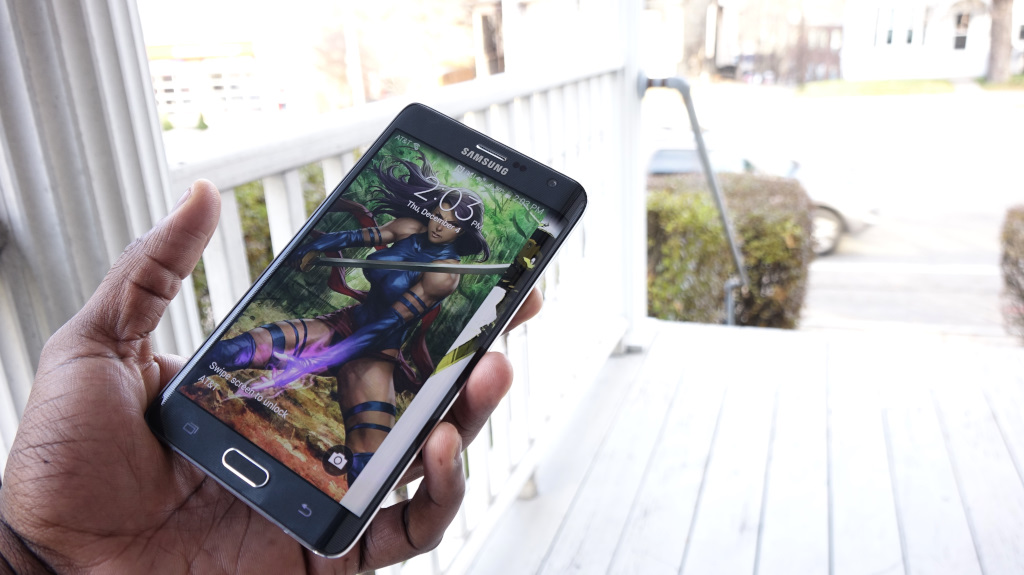 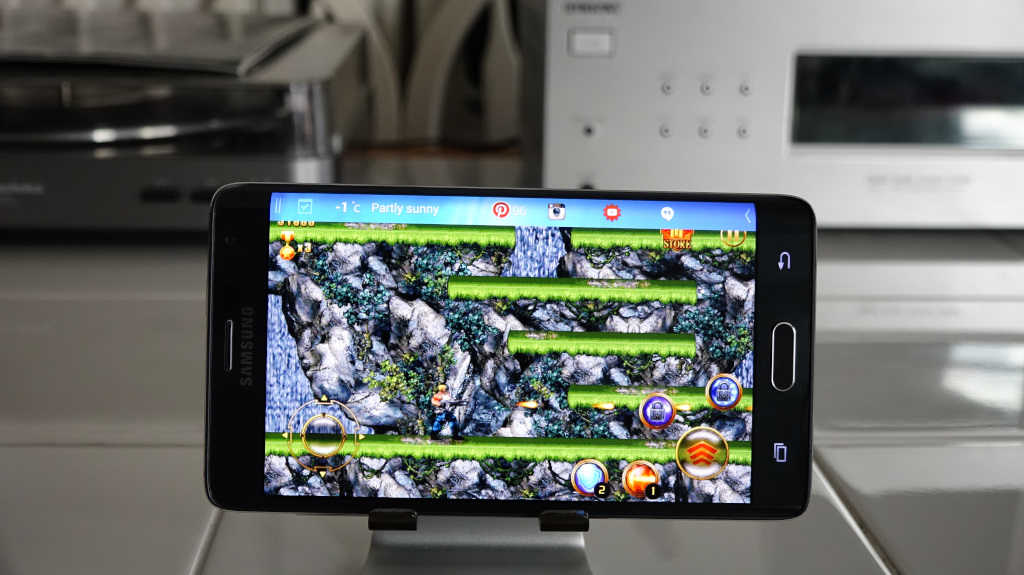 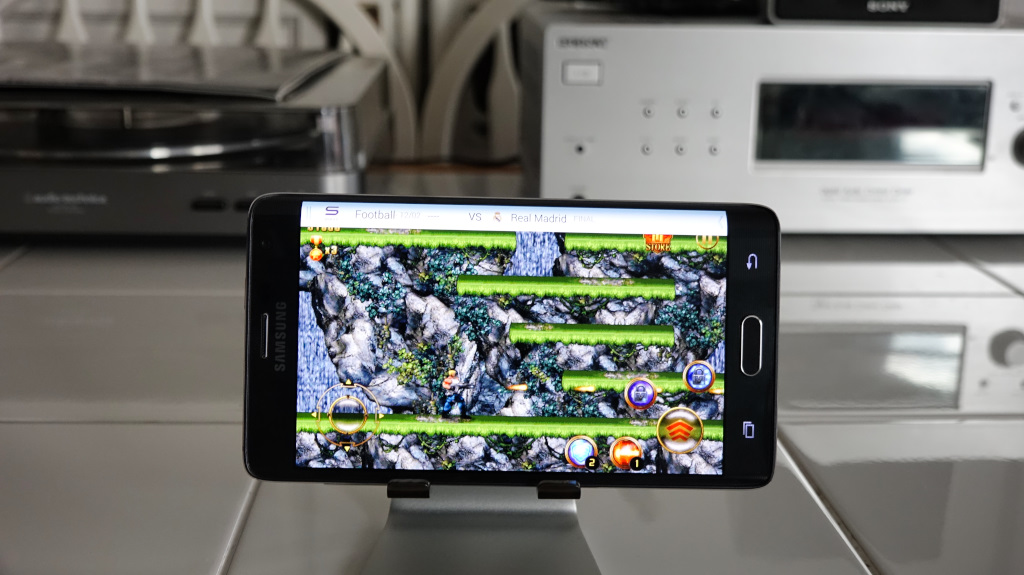 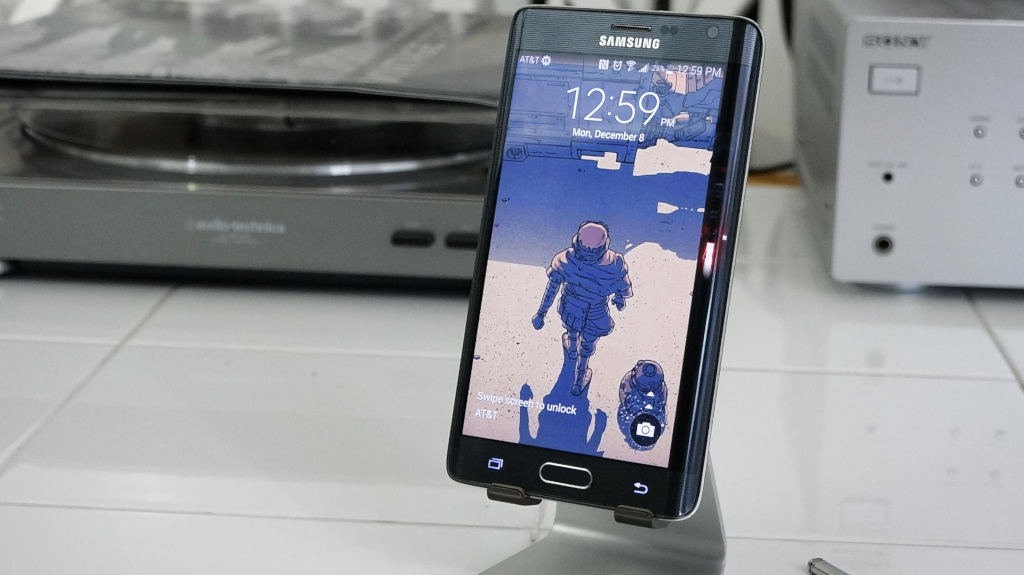 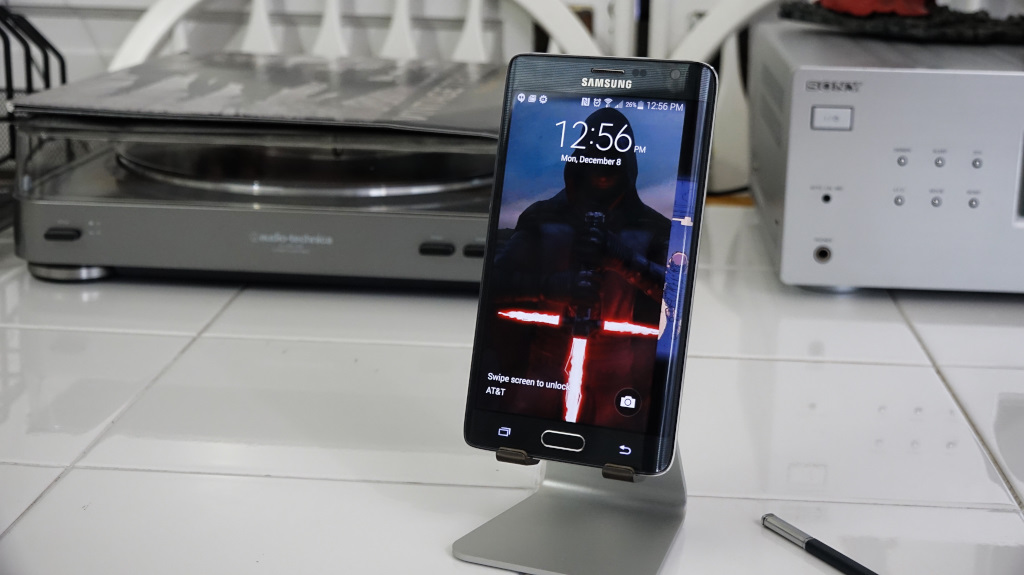 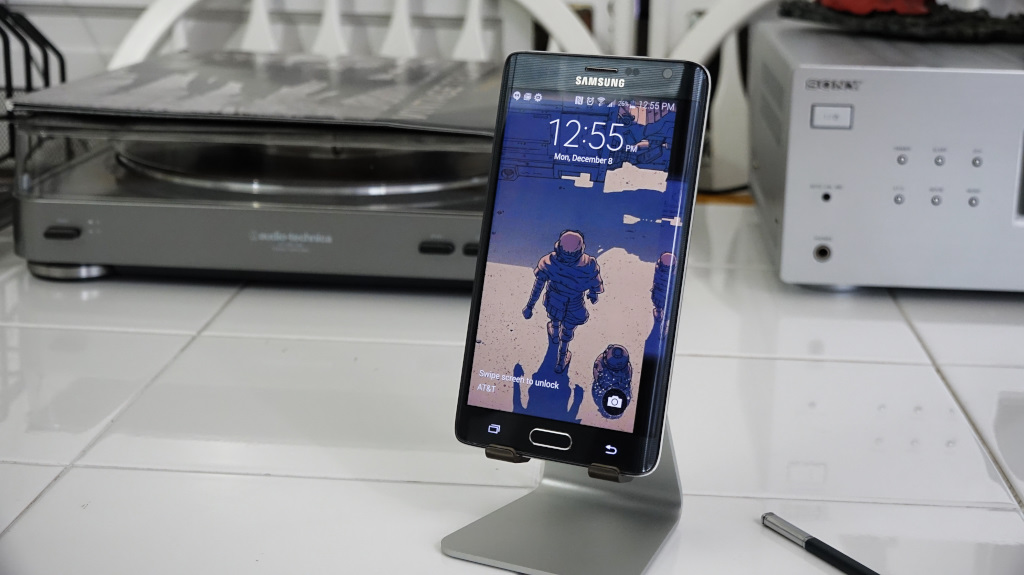