Sometimes, it’s important to get back to your roots. Before I started living the laptop lifestyle three short years ago, I too was a keyboard masher and mouse mover. For years, I found myself having to press a key more than a couple of millimeters just to form a letter on the screen. What’s more, these keyboards had cables stuck to them that I had to plug into the back of a box to get them to work. I know – crazy stuff. So, when I had the opportunity to return to the keyboard/mouse lifestyle, with 100% less cables, I jumped at the opportunity. So began my relationship with the Logitech MK850.

The Logitech MK850 keyboard is ergonomic, but not in the trippy split keyboard way. The keyboard is slightly arched to provide comfort in the way your hands normally rest. It is compatible with both Windows and macOS. The mouse is a pretty standard mouse – no jazzy gaming buttons – but rather your standard two button with a flywheel device. There are extra buttons on the side and we’ll talk about those in a little bit.

Logitech’s key selling point here are the three keys on the mouse and keyboard that allow you to switch devices quickly, turning you into a multi-tasking, multi-device powerhouse.Those keys work very well. I paired my laptop, iPad, and Huawei phone with the keyboard, and just the laptop with the mouse. More on that later as well. The keyboard in particular is very useful when switching between devices – typing out an email on my computer and quickly responding to a text message on my phone – things like that.

I can imagine only a limited number of scenarios where I would need to pair the mouse with more than one device. Obviously, mobile devices don’t have any need for a mouse, so you’d be looking at multiple computers presumably. There are definitely use-cases – don’t misunderstand – but I’m not sure I fall into any of them. I did pair the mouse with a second laptop at home. This would in theory allow me to carry only the mouse and keyboard between home and office and pair to the different devices at each location – that’s about as much as I can stretch it though.

The mouse and keyboard are both surprisingly responsive with very little delay in processing the data I was trying to work with. Both devices are very quick to move and type as requested – I’m pleasantly surprised. Personally, I think I have one too many Bluetooth devices going as my Bluetooth headphones have become suddenly unreliable. This is disappointing, but I blame the laptop more than the mouse and keyboard.

Logitech has long been my go-to for computer peripheral equipment, which is why I was excited to take on this review. I find a lot of quality lacking, particularly in the keyboard. The printing on the keyboard keys has an odd drop-shadow kind of effect on them, which maybe is meant to be a design choice, has a distinctly cheap feeling – like the keys weren’t printed correctly. The travel for the keys is nice and what one would expect from a keyboard this size, but some of the keys – particularly the spacebar – have a rickety feel to them and are quite noisy, but not in the retro-clacky kind of way some people might dig. Overall, the build quality of the keyboard feels lacking, which is disappointing.

The front of the keyboard has a palm rest which is quite comfortable. The mesh pattern on the palm rest is quite the dust magnet however. Germaphobes need not apply. During our two-week review period it has been pretty much impossible to keep clean.

Overall, the Logitech MK850 mouse and keyboard combination was a nice look back at the past, but also a reminder of why I love living in the future. If you’ve made the transition to the chicklet style keyboard prevalent on so many laptops, this is a hard transition to make. If you like the look and feel of an ergonomic keyboard from the mid-2000’s, there’s nothing wrong with that. But the build quality on the keyboard itself is really hard to ignore, especially for the $100 this set retails for. I hate to condemn the mouse along with it, since the mouse does a great job. So, if you can pick up the mouse separately, that’s probably a solid buy – assuming you need to connect to three different devices. But put together, it’s hard to justify the price with so many quality issues. 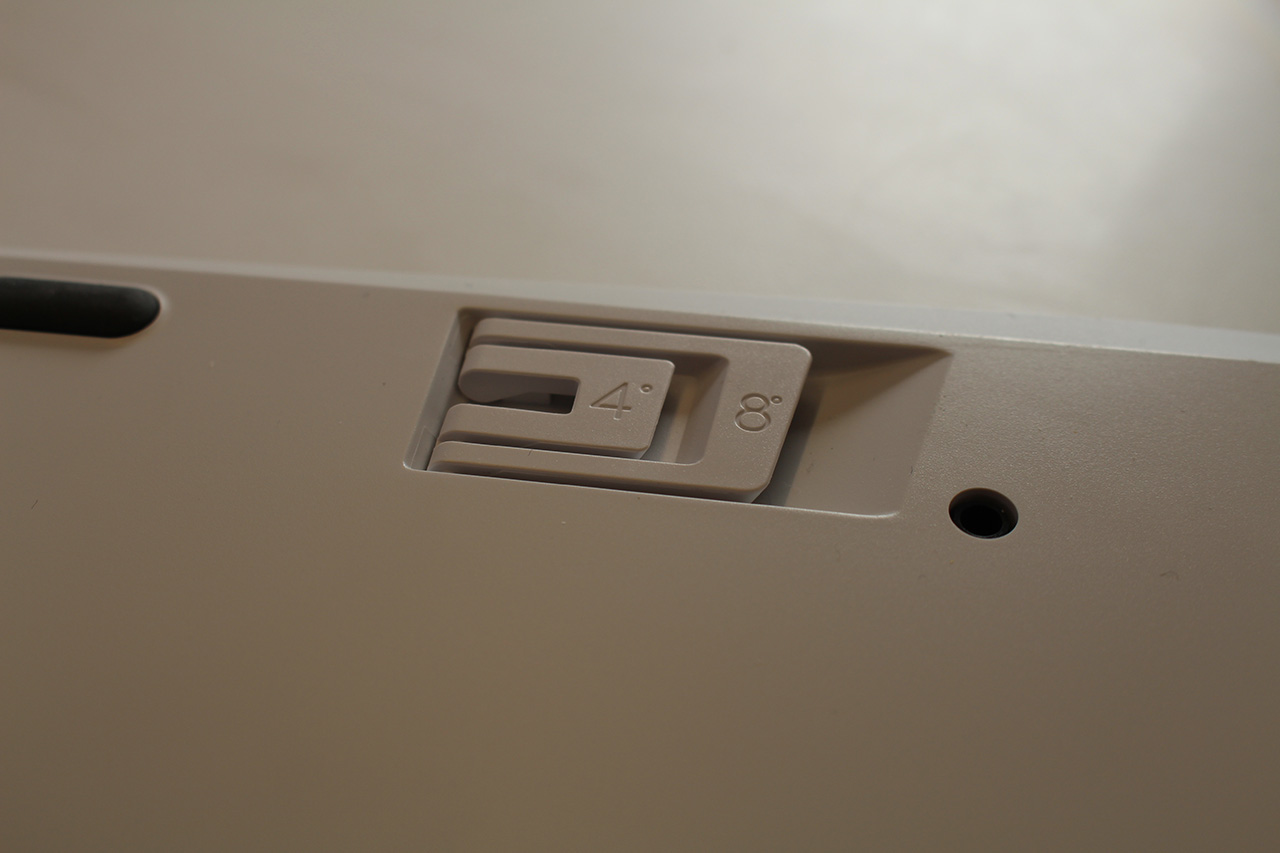 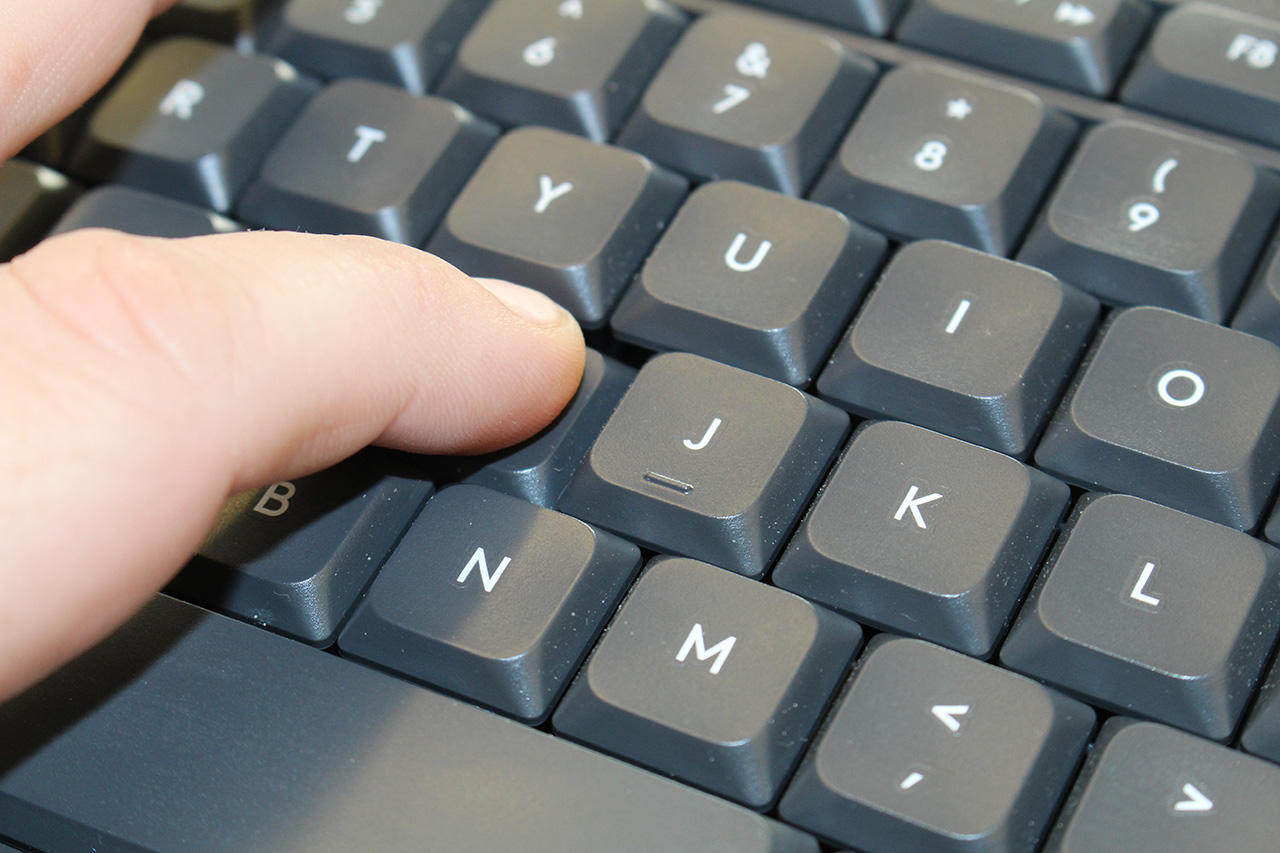 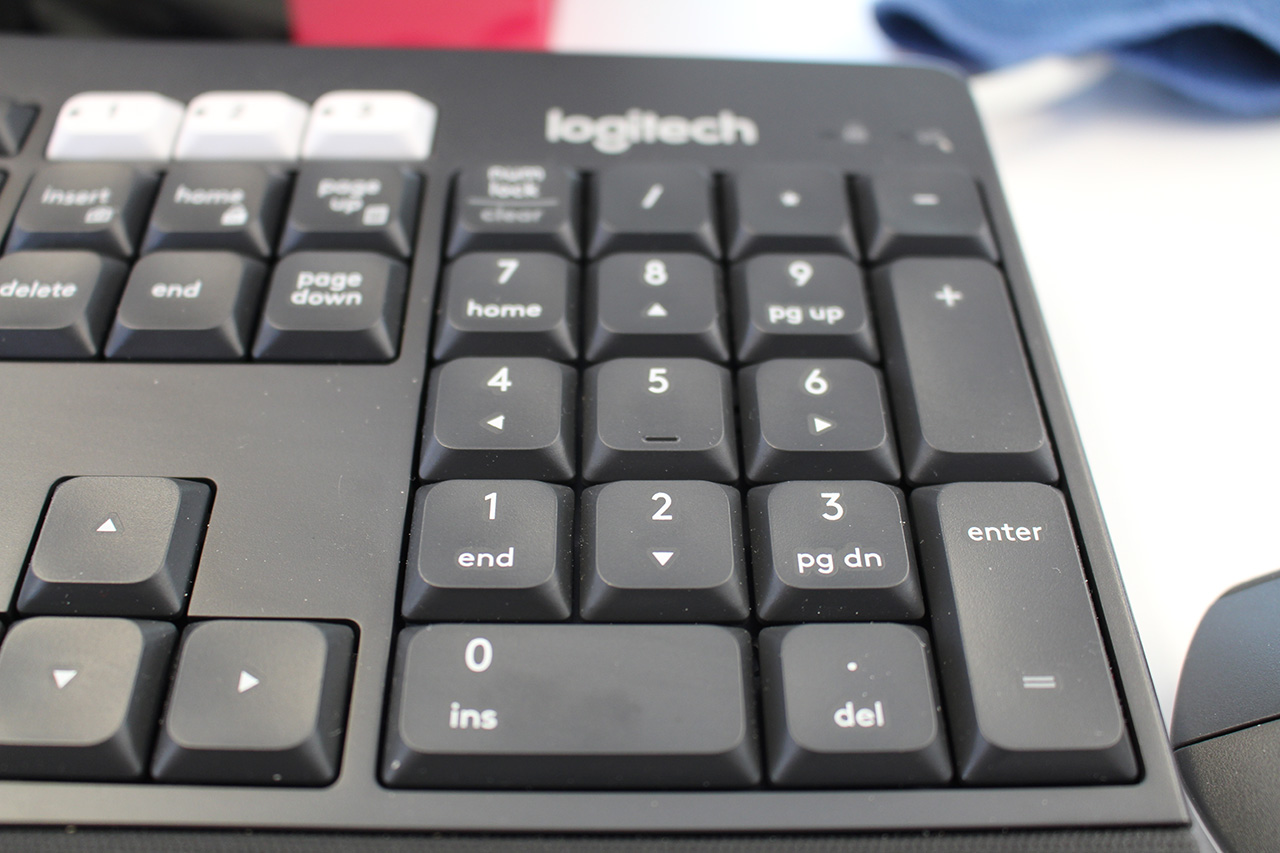 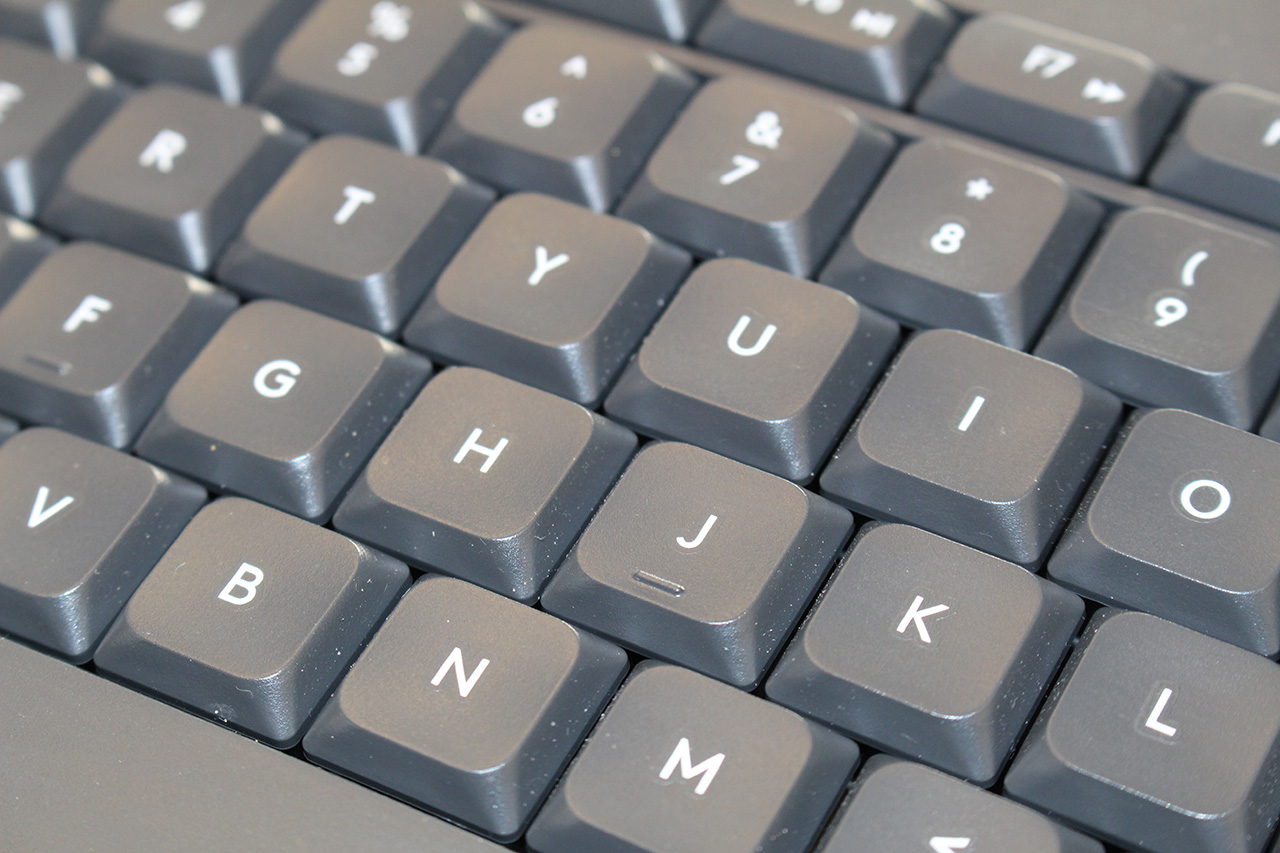 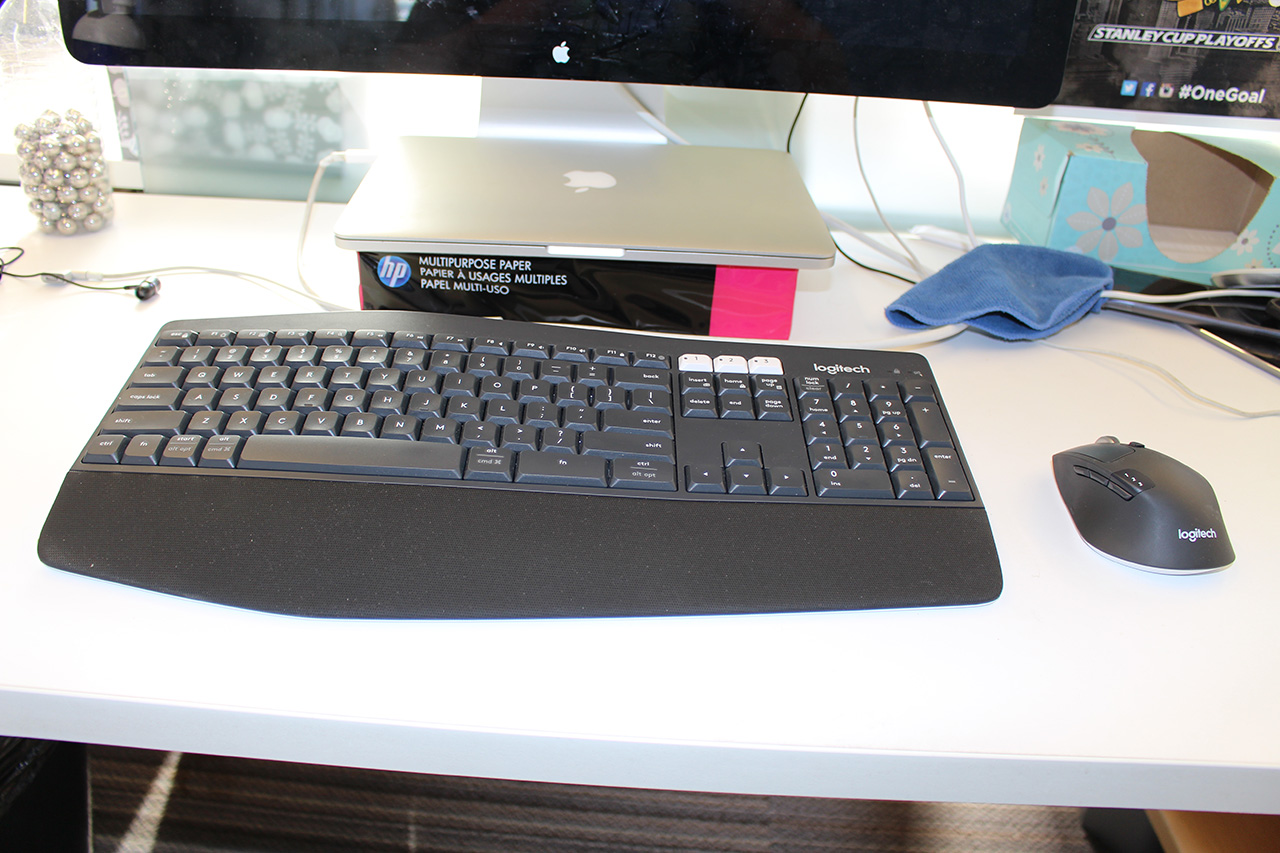 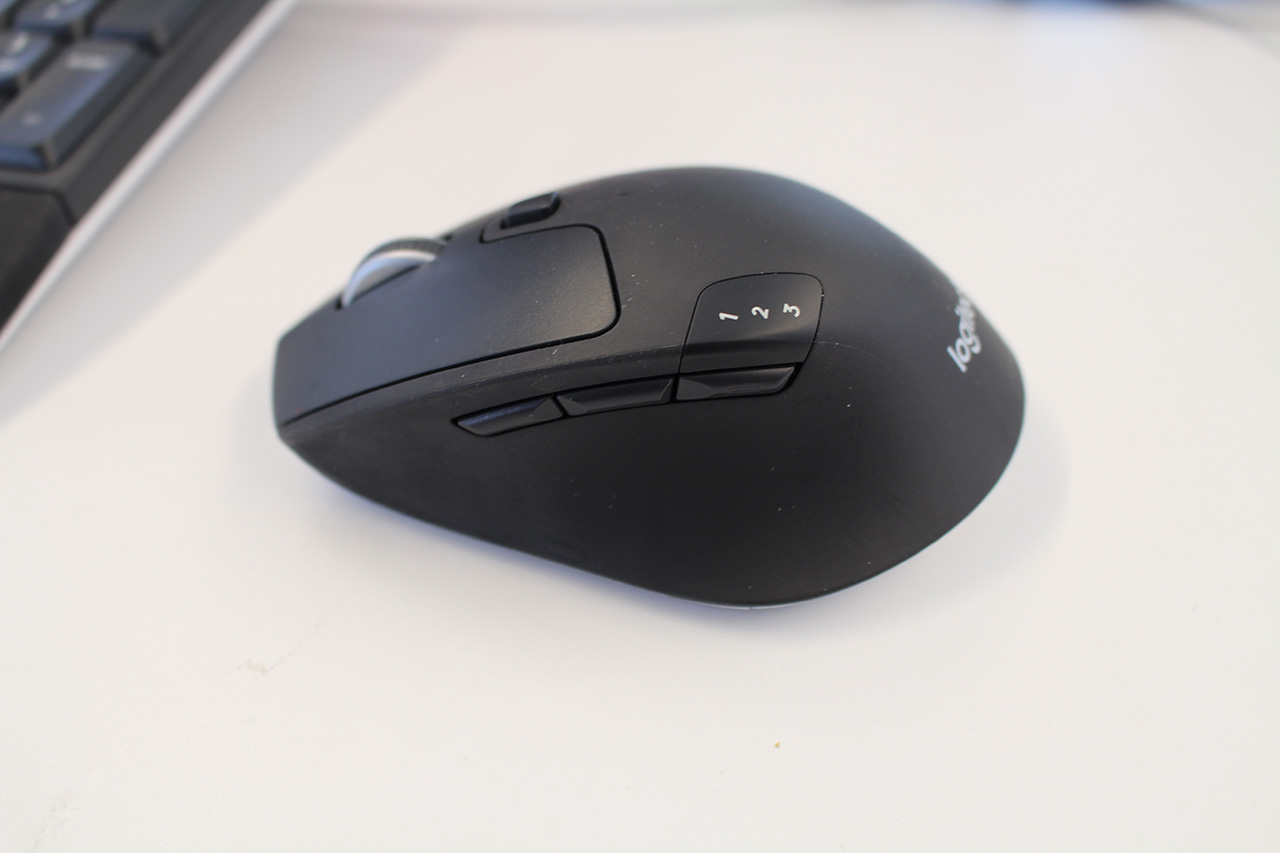 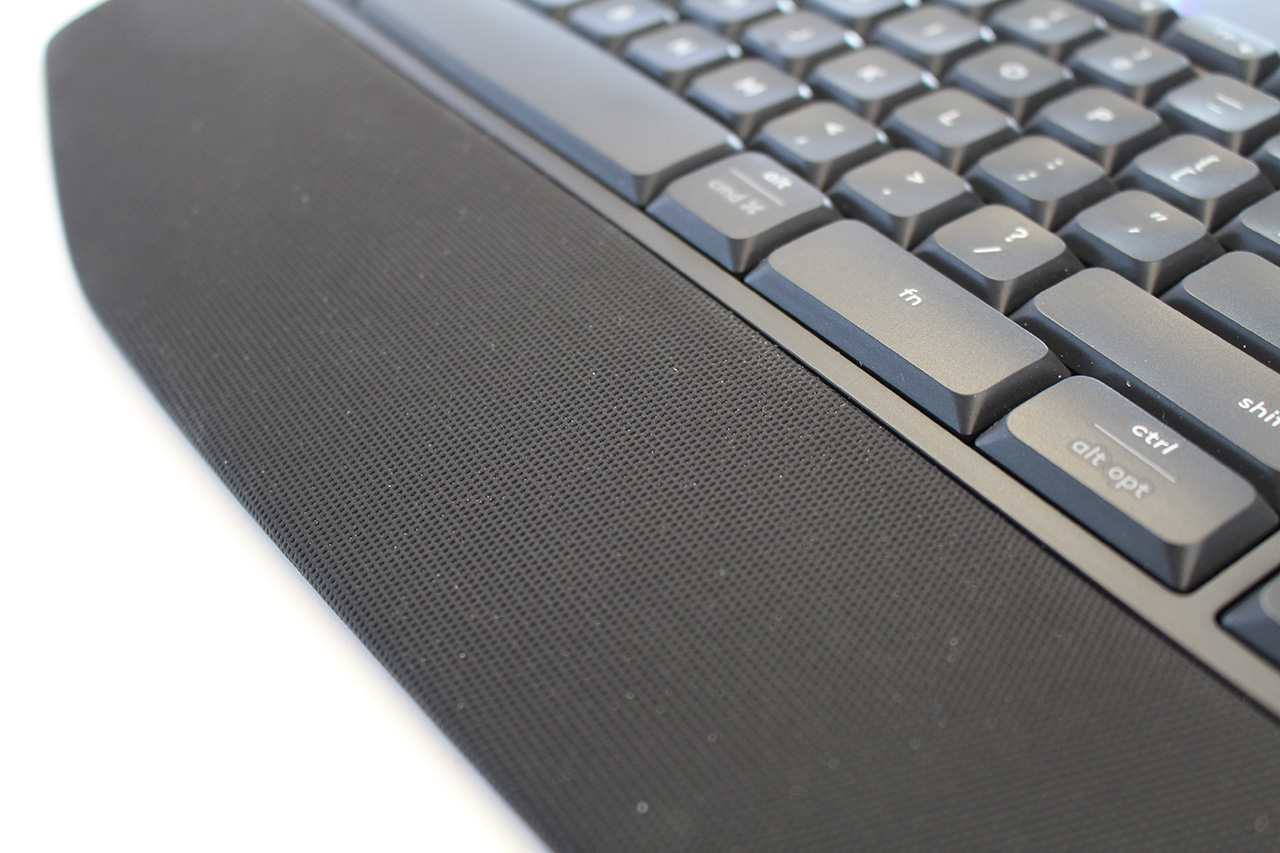 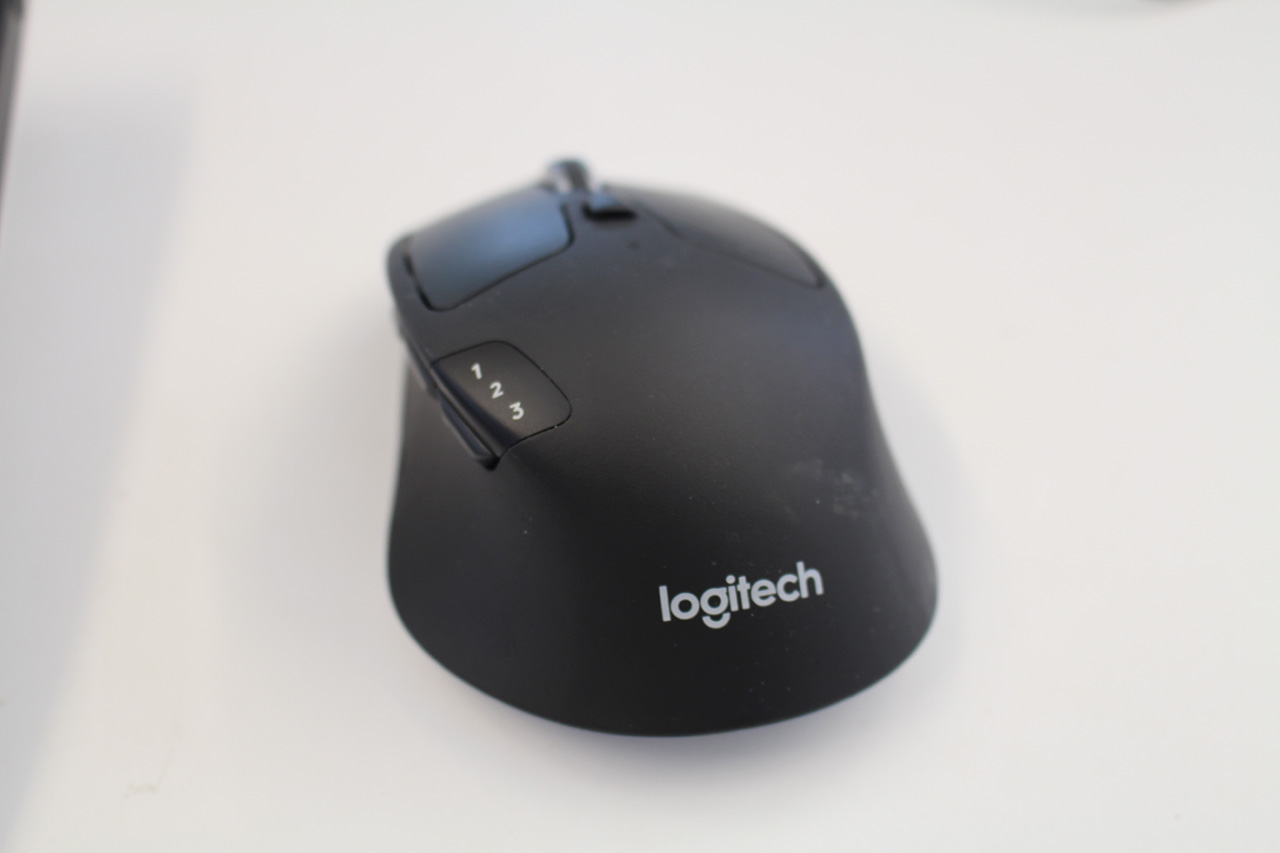