For the past year, I’ve been looking for a network audio streamer to add to my system that allows me to play Spotify through Spotify Connect as well as stream the thousands of songs on my Synology NAS.  When the Cambridge Audio CXN showed up, I was eager to unpack it, connect it to my system and listen to some tunes – and that’s just what I did.  But, as I think about it, maybe I’m getting a little ahead of myself.

I had heard about the Cambridge Audio CX line of products a year ago including the new CXN. Briefly and I mean really briefly, I actually got to see and hear some of the products in this line at CES but unfortunately, had never got a chance to truly audition any of them with music I was familiar with.

So, when the chance arose to try out the CXN Network Streaming Audio Player, I jumped at the opportunity, having used a few Cambridge Audio (not to be confused with Cambridge Soundworks) products in the past and I’ve always enjoyed their sound.

The package arrived on my door in a very unassuming and relatively plain-looking brown box but I believe that just means the company has spent money on the product’s quality rather than a flashy box. I quickly opened it up and took everything out before connecting it to my stereo system with only one or two minor hiccups.

As I unpacked it from the foam and removed the cloth-like bag from the CXN the first issue (in a very short list) arose. Surprisingly, there is not a single audio cable in the box, which is unfortunate. I reached out to the nice folks at Cambridge to ask why and the rep noted that, “Our customers really enjoy purchasing audio cables to meet their needs.”

Even so, I do believe that the inclusion of a simple RCA or cheap optical cable is sort of requirement for today’s consumer.  Just think how frustrating it is when you get a remote and batteries are NOT included. Same goes for audio cables.

LUCKILY, I happened to have a coax digital cable in my “cable drawer,” so I got passed that issue relatively quickly. Additionally, while it does have the ability to connect using Wi-Fi through the included Wi-Fi antenna dongle, it was only about 18 inches from my router so plugged it in using an Ethernet cable for the most stable connection.

Next, I downloaded the Cambridge Connect app onto my Android phone from the Google Play store, followed the easy instructions, and literally within minutes, I had Spotify up and running on the CXN (that is, after I had a mild panic attack trying to figure out which input it was plugged into on my Denon AVR-5308 AV Receiver among the mess of wires. Then realized I still had to “assign” that input within the AVR’s menu).

So I forged ahead with the goal to connect the CXN to my music library contained on the Synology DS412 NAS, and quickly hit another speedbump, now realizing that the permissions on the server didn’t allow the CXN to connect to it. Once I had that setup though, the CXN truly came to life.

Over the course of the next hour (or two), I began to send tracks in a number of audio formats to the player from Spotify and from my NAS using the app. With each new song, I was amazed of what I was hearing and how great it sounded.

As I played track after track from different genres, I constantly thought to myself how much better they sounded through the CXN versus in previous listening sessions through other streaming devices connected to my system. I’m not 100% sure why, but I’m guessing it has something to do with the dual Wolfson DACs in the CXN. 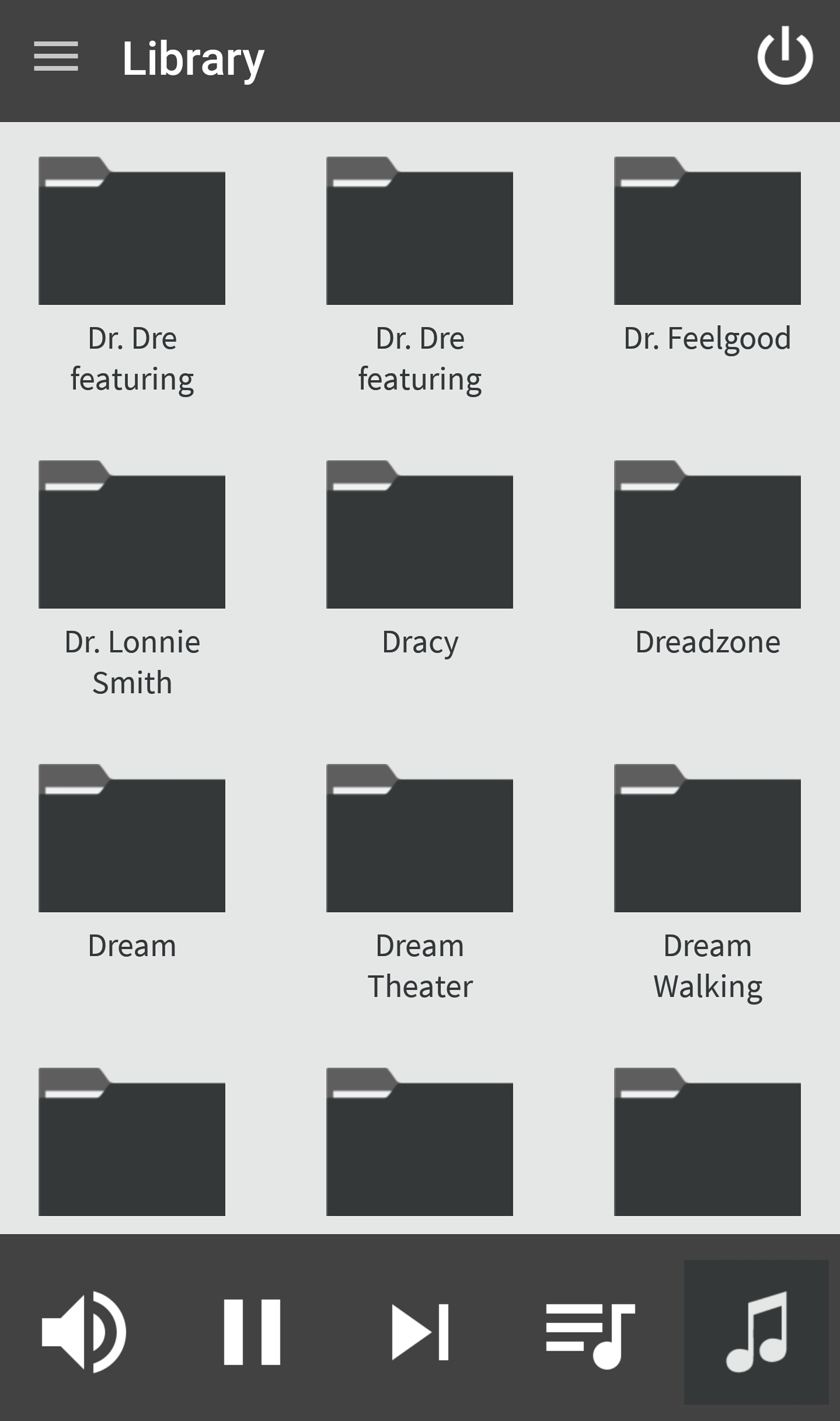 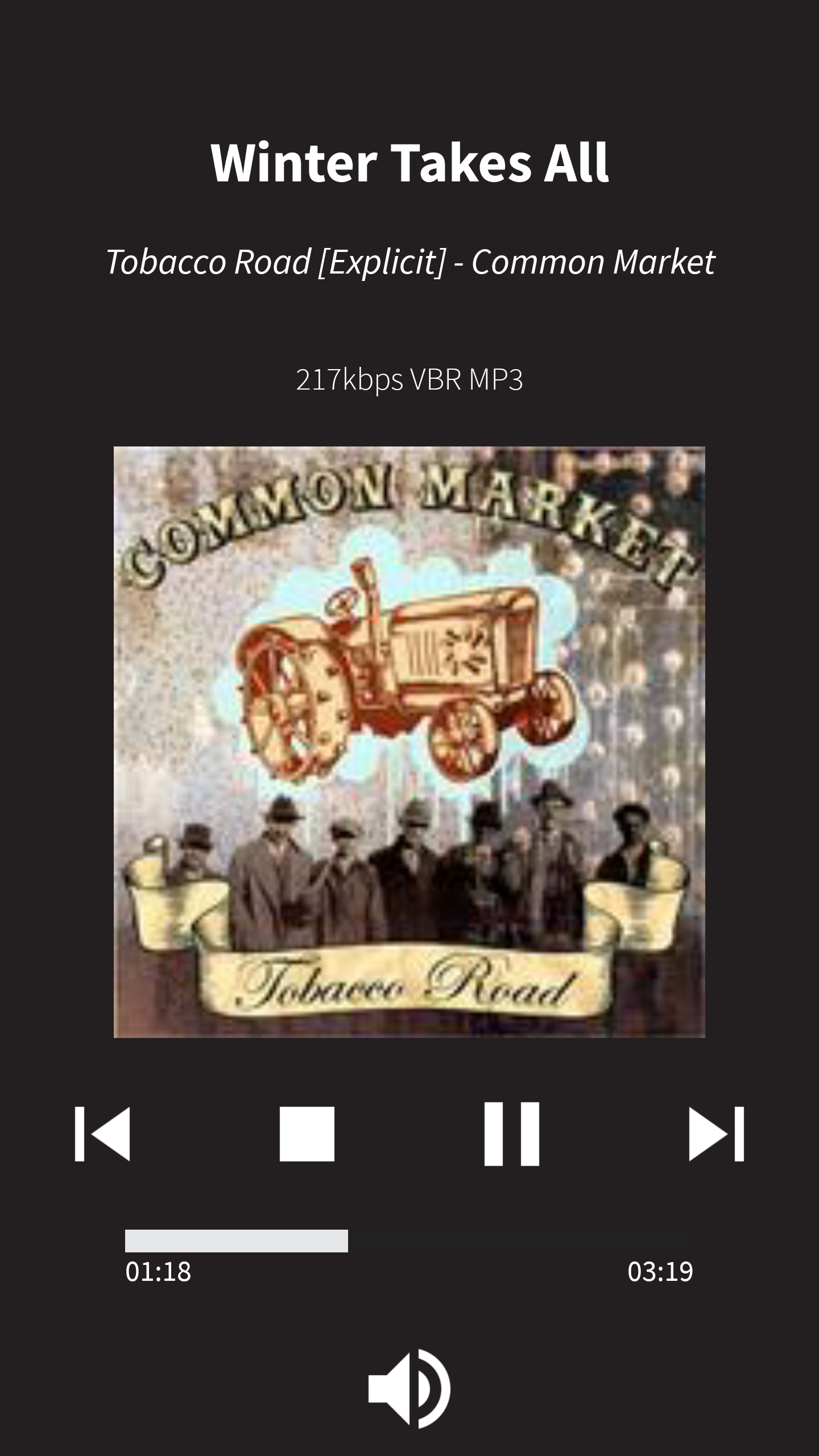 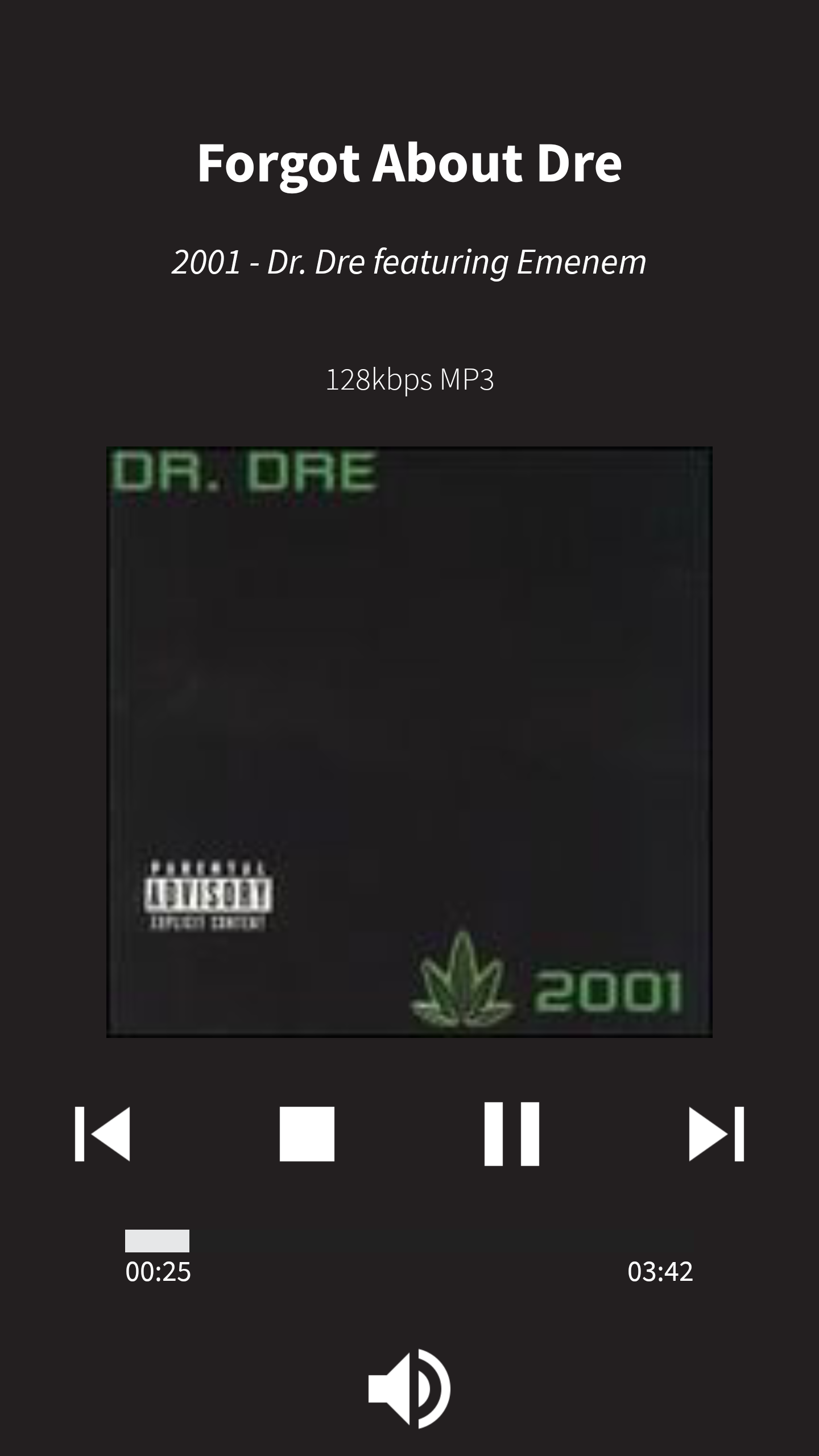 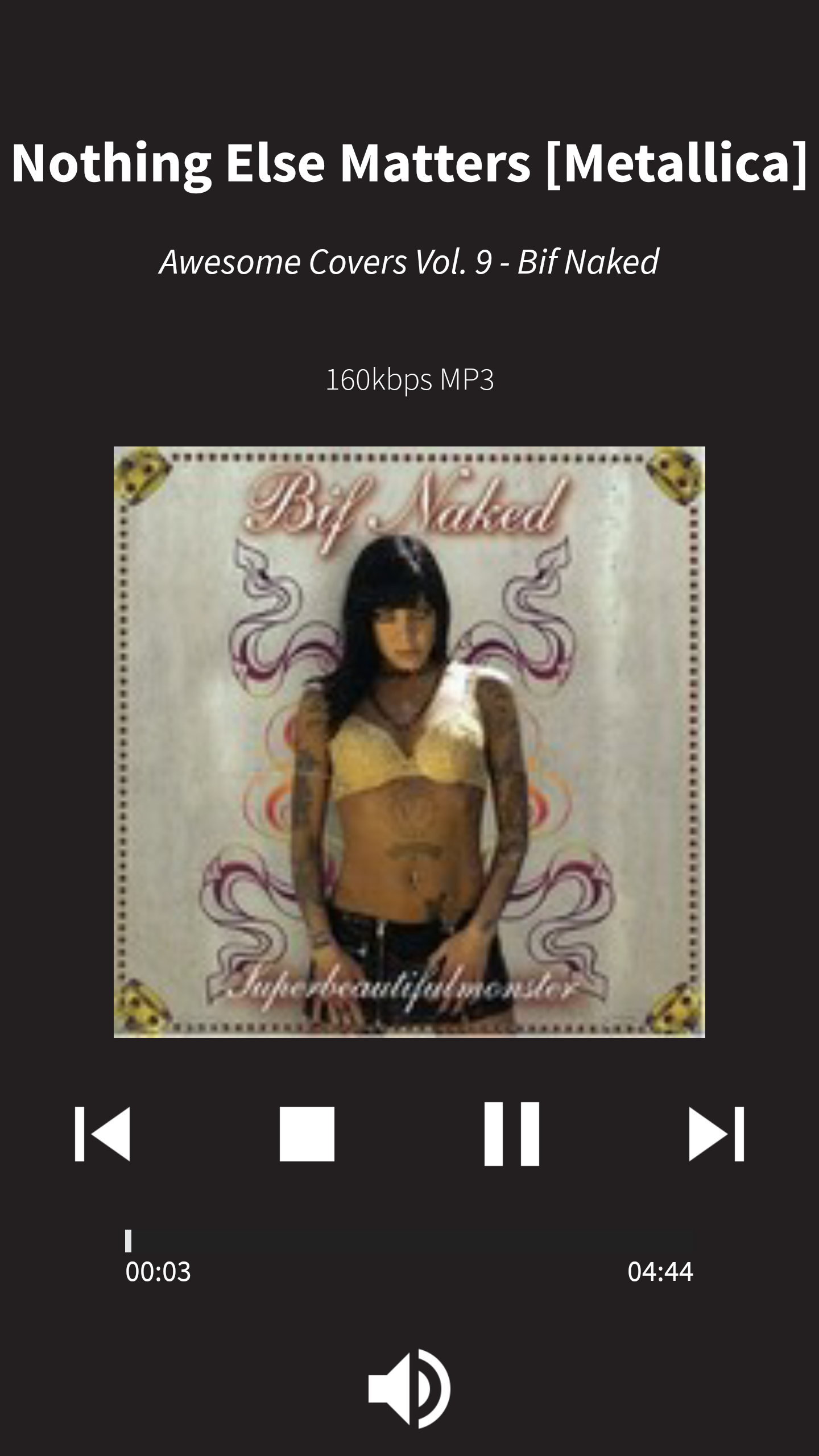 As a big fan of covers, the first track I played was Colbie Caillat’s cover of Michael Jackson’s I Want You Back from her iTunes Session album which combines a clean piano playing the familiar melody while she taps and strums the strings of her guitar to keep the beat, all while singing a song, most everyone knows the words to.

Staying along the same theme of female artists performing covers, I played Bif Naked’s version of Metallica’s Nothing Else Matters  and Christina Christian’s version of the familiar Ain’t No Sunshine, from her appearance on American Idol (don’t laugh), originally done by Bill Withers .

And without any hesitation, both artists’ soft breathy voices truly came to life through the Cambridge Audio CXN, Denon AVR and Mordaunt Short speaker system as the songs build, allowing the each artist to belt out the appropriate passage of those songs. While the higher resolution lossless tracks sounded better vs the lower quality 128kbps MP3, but the CXN performed its magic, causing even those to sound really good.

Speaking of higher res files, the CXN can handle just about every known format of music files up to 24-bit 192kHz and can even up-sample digital sources, which may partially explain why even lower res files sounded so good. Available playable formats include MP3, WAV, AIFF, AAC, Ogg Vorbis, FLAC but essentially, whatever you serve up to it, the CXN will knock it down.

From here, my listening took a hard turn to heavier tracks including AWOLNATION’s Sail, Avenged Sevenfold’s Afterlife and Common Market’s Winter Takes All, all the time,  listening how the CXN translated the bass riffs, drum beats and much more aggressive vocals and I was never disappointed.

I even made a detour through EDM and mashup albums from Bootie Mashups before settling on a rap playlist from the 1990s and early 2000’s with Cyprus Hill’s (Rock) Superstar, Notorious B.I.G dropping rhymes with the track with his namesake, Notorious B.I.G. and finally, Dr Dre and Eminem’s lyrical tribute to Dre’s origin in the rap game – Forgot About Dre 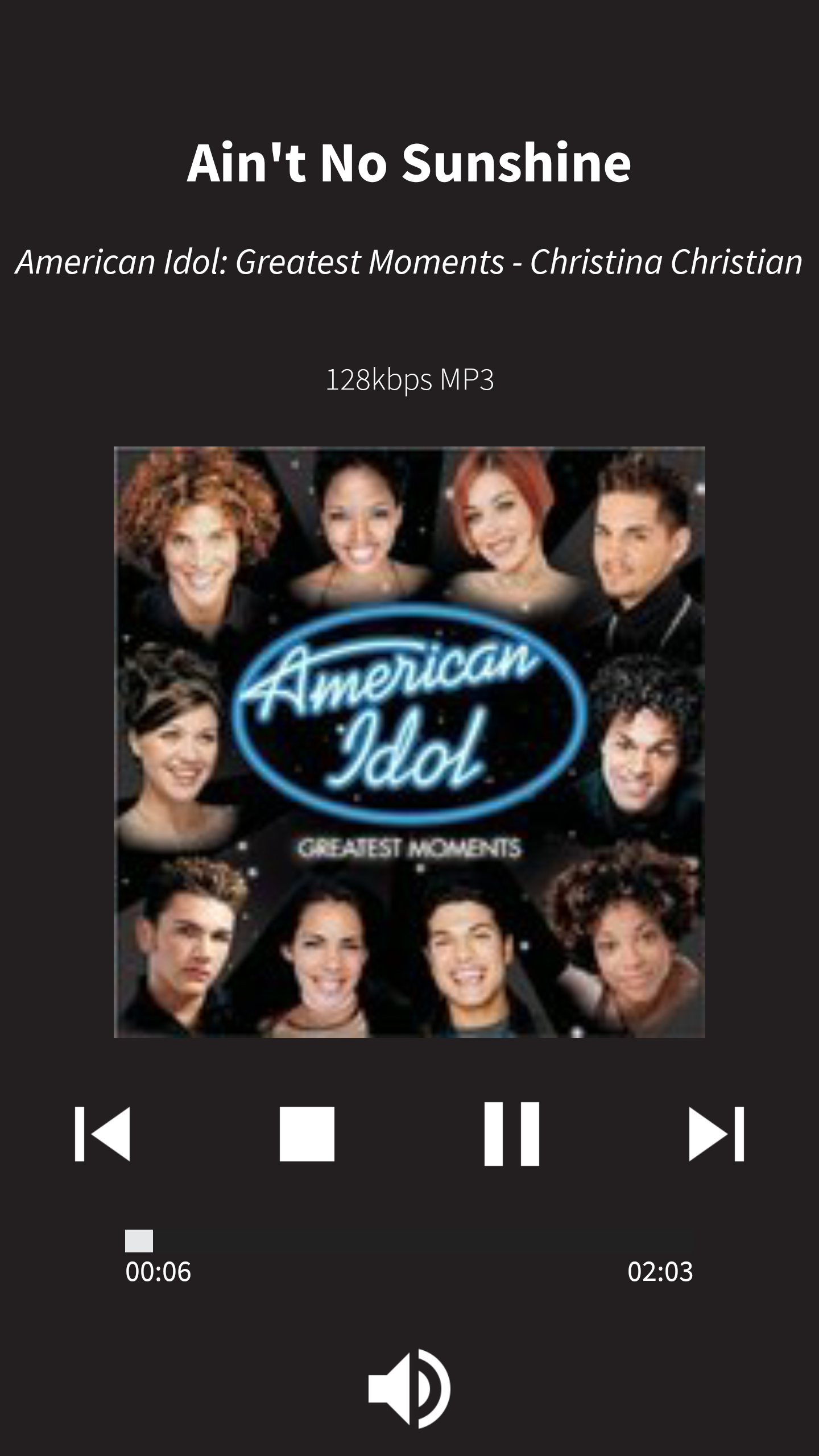 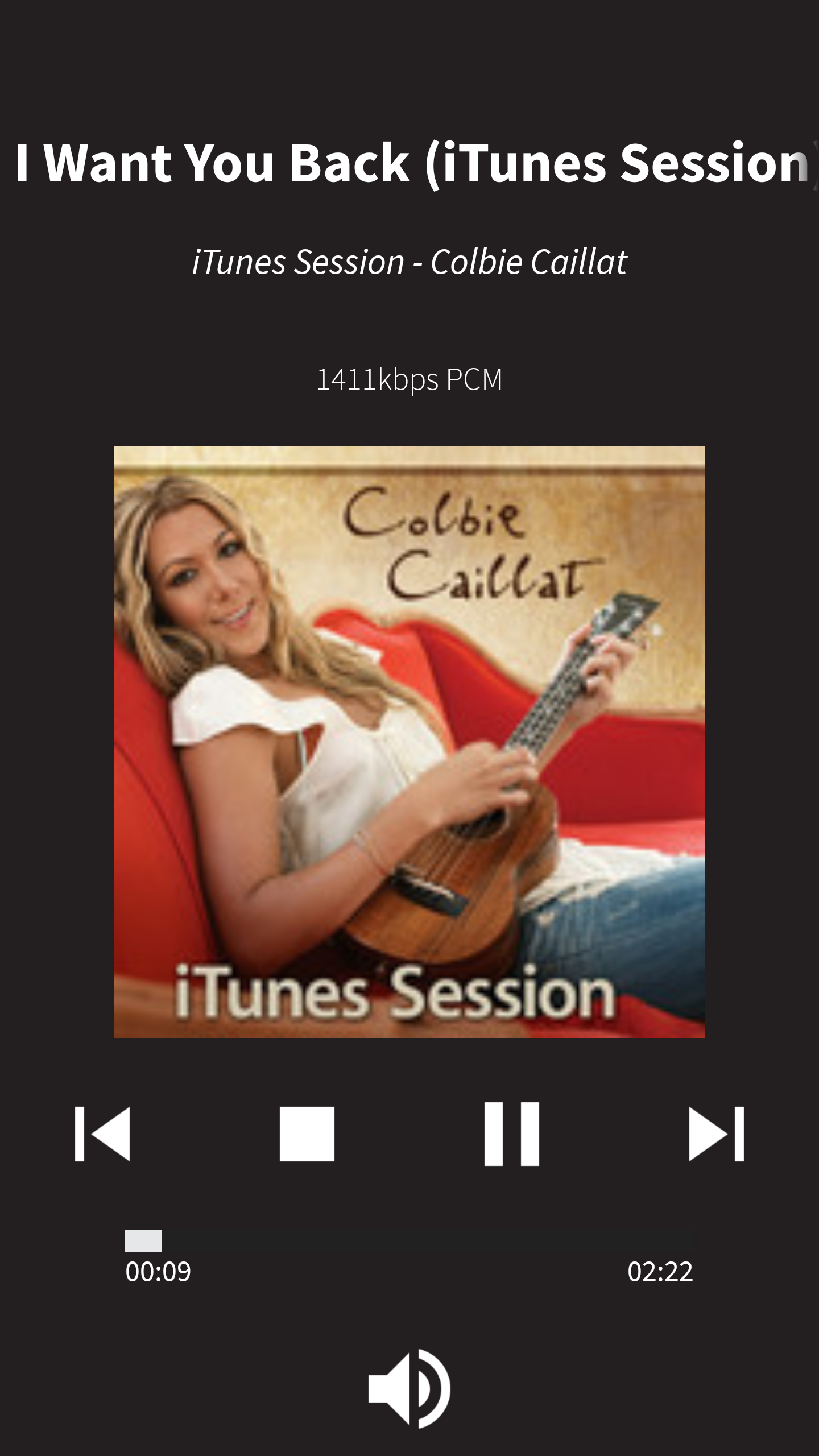 Using the app on my phone, I was able to easily control the player to switch between inputs, primarily Spotify, NAS server and occasionally Internet Radio .  Included in the box is a physical stick remote which is useful to play, pause, stop, rewind and fast forward tracks and even switch inputs.  It is multi-functional as it looks as it was designed to accommodate the entire CX line with different sections. It generally feels good in my hand and is quite similarly designed to the remote included with the Minx XI system which I’ve used before.

While minor, I do wish the remote had specific buttons for Spotify and Internet Radio to accompany the “Digital In” button that allows users to cycle through inputs.

Cambridge describes the design of the CXN as a floating chassis but whatever you want to call it, I found it to be elegant and beautifully designed with its upwards sloping façade . There is a 4.3-inch front color display, and with it, users can easily navigate the menu using the remote or control buttons on the face of the unit including an incredibly smooth knob on the front face, used to select inputs, etc. Additionally, it displays cover art (when available) while the track is playing . The image is relatively easy to read from about ten feet away but track and artist info is a little harder to make out from this distance. Luckily, I can quickly glance at the app if I need any more of this info.

The unit also has built-in Airplay so if you reside in the world of Apple, it can be an added bonus, but as a Windows and Android user, this feature was useless to me. The CXN also allows for a Bluetooth connection using an optional Bluetooth receiver (BT100) which was not provided so unfortunately I can’t go into any more detail about the quality of the connection. It would be nice if it came standard in the box like the Wi-Fi antenna rather than as an accessory but not a big point of contention for me, especially since I have other devices in my system capable of Bluetooth.

Before I forget, the entire CX line is available in a very striking brushed aluminum finish in either silver or black. I chose the latter so it would match my current components.
Conclusions:

Overall, I have REALLY enjoyed my time with the Cambridge Audio CXN and I’m quite impressed with sound quality of all of my streaming music.  The CXN has really met my needs for a product of this type and it was a pleasure to try it out. While I do have devices to connect my phone or tablet to my stereo with Bluetooth, the CXN has made it easy to keep listening, even while on the phone or in an extensive text conversation where getting notifications each time through the stereo would quickly get annoying.

So is it cheap?  At $1,100, I certainly wouldn’t call it cheap, however I do certainly see the value for the right consumer. For anyone with a good quality system with a big streaming library on a NAS or Spotify and wants to hear every last bit of audio goodness, this product is certainly for you.

If however, you consume all of your music listening using a portable Bluetooth speaker and aren’t so concerned about quality, I’d maybe take a pass on the CXN since it just won’t meet your needs. Instead, try one of Cambridge Audio’s other streaming wireless products which are impressive in their own ways.

For me though, I’m putting this in the RECOMMENDED GEAR column.