Blackberry has made a name for themselves running Android the past few years with their KeyOne Series of devices. Those devices incorporated their coveted best in class slide out keyboard setup. However, the BlackBerry Motion ditches the keyboard for an all slab experience. With mid-tier specs, unique design, and close to stock Android software, does the BlackBerry Motion do enough to stand out in the vast space of similarly spec’d Android devices in the market? Let’s find out.

Although the device is branded and runs Blackberry apps such as BB Messenger and BB Hub, the device is manufactured by TCL. They have built other BB devices and the partnership seems to be a fruitful one since the design of the BB Motion is very sleek and elegant.

On the right edge of the BB Motion, you’ll find a volume rocker, power button, and a “Convenience Key”. This is a programmable shortcut key that essentially macros a large list of apps for you to have instant access to. Thankfully, BB did not pull a Samsung Galaxy S9 and limit the button to a dedicated action like Bixby voice assistant. Personally, I have macro’d the camera application to this as the button itself as a ridged texture similar to a camera button. The placement of the button has caused accidental launches due to it being so close to the power button. Placing the button on the opposite side of the volume rockers and power button seems more sensible to me, but I’m grateful for it nonetheless.

On the bottom, you have a USB Type-C charging port, a 3.5mm headphone jack, and speaker grille that outputs decent sound but is easily muffled during media consumption due to its placement on the device. There’s a single-lens camera that almost sits flush against the rear. The rubberized-texture on the back gives the allure of a higher tiered device. It feels great in the hand and I found myself picking up the device randomly at times just to rub my palms and fingers on it.

The 5.5-inch 1080P LCD display is surrounded by respectfully sized bezels. Even though the BB Motion is being launched at a time in the mobile industry of bezel-less and notch devices, the large borders didn’t bother me one bit. I believe this is due to the squarish design of the BB Motion. Back to the display, it ‘s a 1,920 x 1,080-pixel resolution. Indoors, the quality of the display is quite good and I found myself opting to use the device for media consumption versus my main iPhone XR. Outdoors it was a bit difficult to view the display. I couldn’t find the actual number, but the nits for brightness on the BB Motion are low. It also has IP67 water-resistance.

The BlackBerry Motion is powered by Qualcomm’s Snapdragon 625 processor, coupled with 4GB of RAM and 32GB of storage; also includes a MicroSD card slot. This is where the dilemma of the BB Motion comes into play for me. The device can be purchased anymore from $450-$500 at this time. Due to this device running on the Android platform, that price combined with the barely mid-tier specs isn’t a sound business strategy. For example, The OnePlus 5T costs $500, includes a Snapdragon 835 processor and gives you more ram. The HTC U11, which now cost $350 has the better and newer Snapdragon 630 processor. The Snapdragon 625 processor in the BB Motion is the same processor powering the $230 Moto G5 Plus.

It seems BlackBerry is really trying to sell the nostalgic legacy of the BlackBerry of old, combined with the faux feel of a premium device. There’s just too much value in this price bracket for anyone to take this device seriously.

Performance in day-to-day use was smooth and consistent. I believe this is due to BlackBerry being wise and keeping Android close to the stock experience and not adding unnecessary skins and bloatware. For gamers, everyone tests the Asphalt series as a benchmark and it proceeded to be very capable of running those tiers of games. With this price range, of course, you will have your occasional stutter, but for the most part, I was rather impressed.

At launch, the BB Motion was running Android Nougat 7.1, since it has been updated to Android 8.1 Oreo. Android has always had its issues with security, but customers who purchase this device should feel rest assured that the BB Motion gets a steady flow of security updates. BlackBerry isn’t forgoing their reputation of business and security with this device and since my brief time with it, I’ve received several key security updates. This is one of the most secure devices you can buy in the Android space today.

As stated previously, the software is essentially stock Android with a few dedicated Blackberry features and apps. With this barebones approach, battery life has been amazing on this device. Even though business-centric users may be the market segment in which BlackBerry is targeting, as a media device the BB Motion can hold it’s on. I found myself getting through a day of consistent use with email pinging, YouTube, and max brightness being active without an issue. The standby time adds to the extension of great battery life as well. The BlackBerry Motions has a massive 4,000mAh battery with Qualcomm’s Quick Charge 3.0 so it charges fast on the top of it. Overall great battery experience with this device.

BlackBerry’s customer keyboard is here, which takes a bit of getting used to. I personally prefer the GBoard from Google, but BlackBerry’s keyboard isn’t a bad one and with continued use, I can see myself being proficient with it. The various custom BlackBerry apps installed are feature packed and are not gimmicky bloatware. BlackBerry Messenger (of course), Content Transfer ( file/information transfer from a previous phone) BlackBerry Hub (aggregator of notifications in one place), DTEK monitors (anti-virus like software). All very good apps that are constantly being updated by BlackBerry.

Blackberry has this nifty virtual slide-out tab from the right edge of the screen that can be used to quickly access tools like your calendar, recent messages, contacts, and tasks. The tab has a setting option to customize the experience. If you’ve ever used a recent Samsung device it’s similar to their Edge Panel, but more feature packed.

The BlackBerry Motion has a 12-megapixel camera with an f/2.0 aperture. This is a mid-tier to a budget device so the camera is sub-par, and this depends on the environmental setting the user is in. It does have the ability to take quality photos, but also the potential to turn out some bad ones. All in all, the camera is just okay in my experiences.

The same goes for the front-facing 8-megapixel camera. In the right lighting, it is comparable to higher spec’d devices, but in general use of the front-facing camera, it is okay, just okay.

The BlackBerry Motion has great performance, surprisingly great battery life, and a unique design that does stand out, however, the spec’s don’t justify the cost. If the BlackBerry Motion wasn’t competing against it’s Android counterparts it would have a place in the market. Only true BlackBerry enthusiasts who are committed to keeping ties with BlackBerry’s services and apps should purchase this device, and even then, I would advise them to look at the higher-tiered BlackBerry KeyOne series to quench their BlackBerry fanboy thirst. 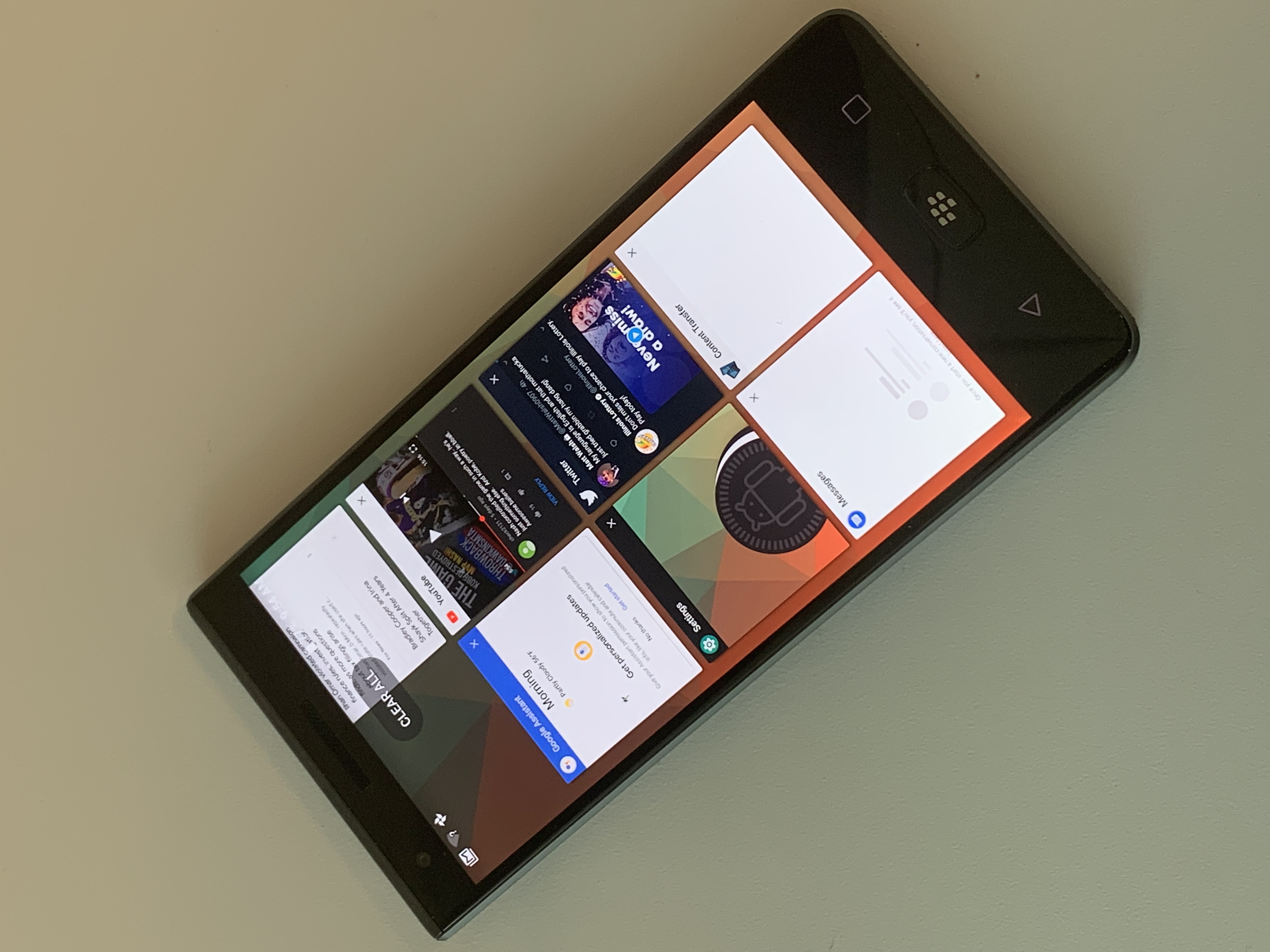 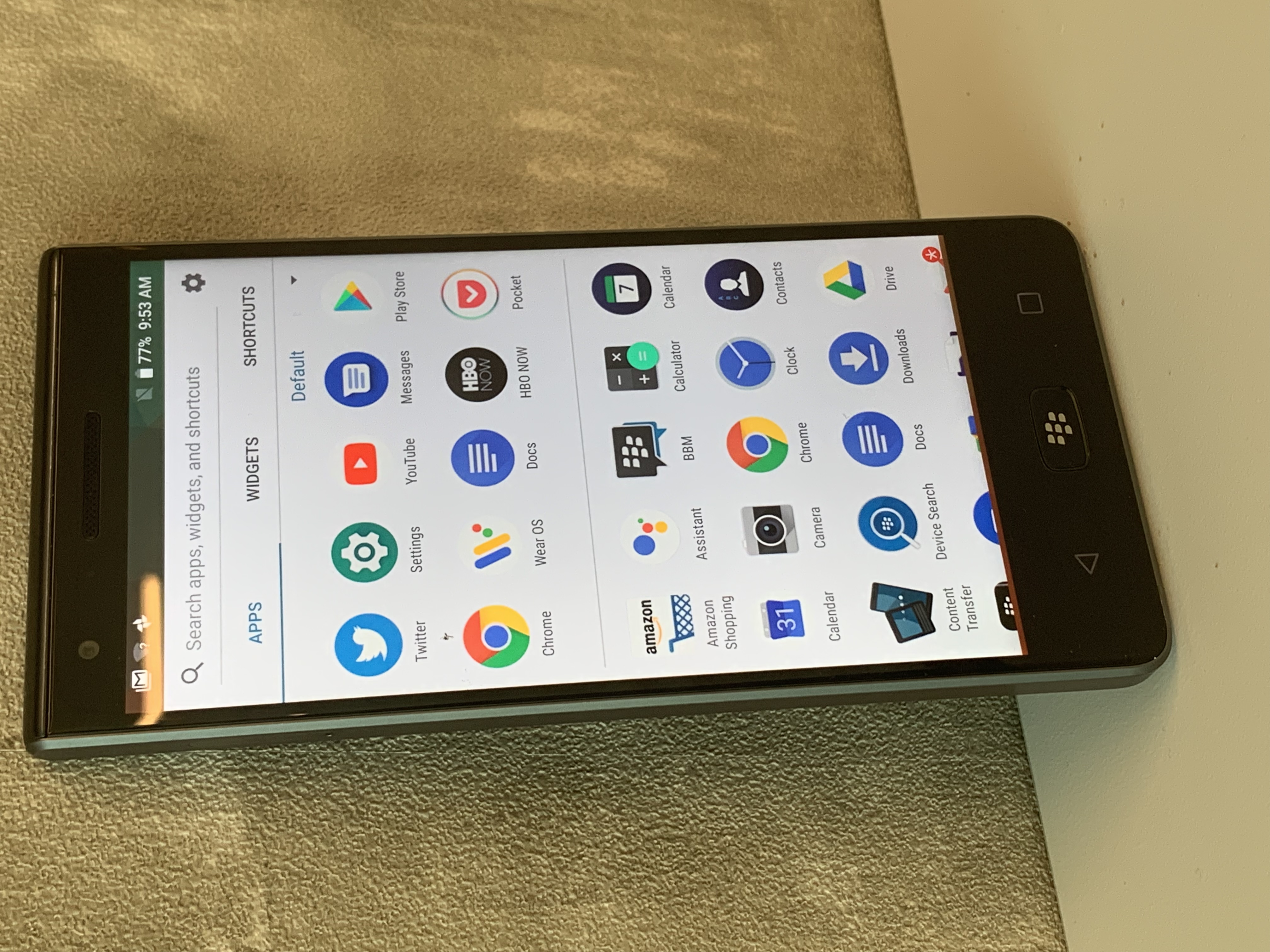 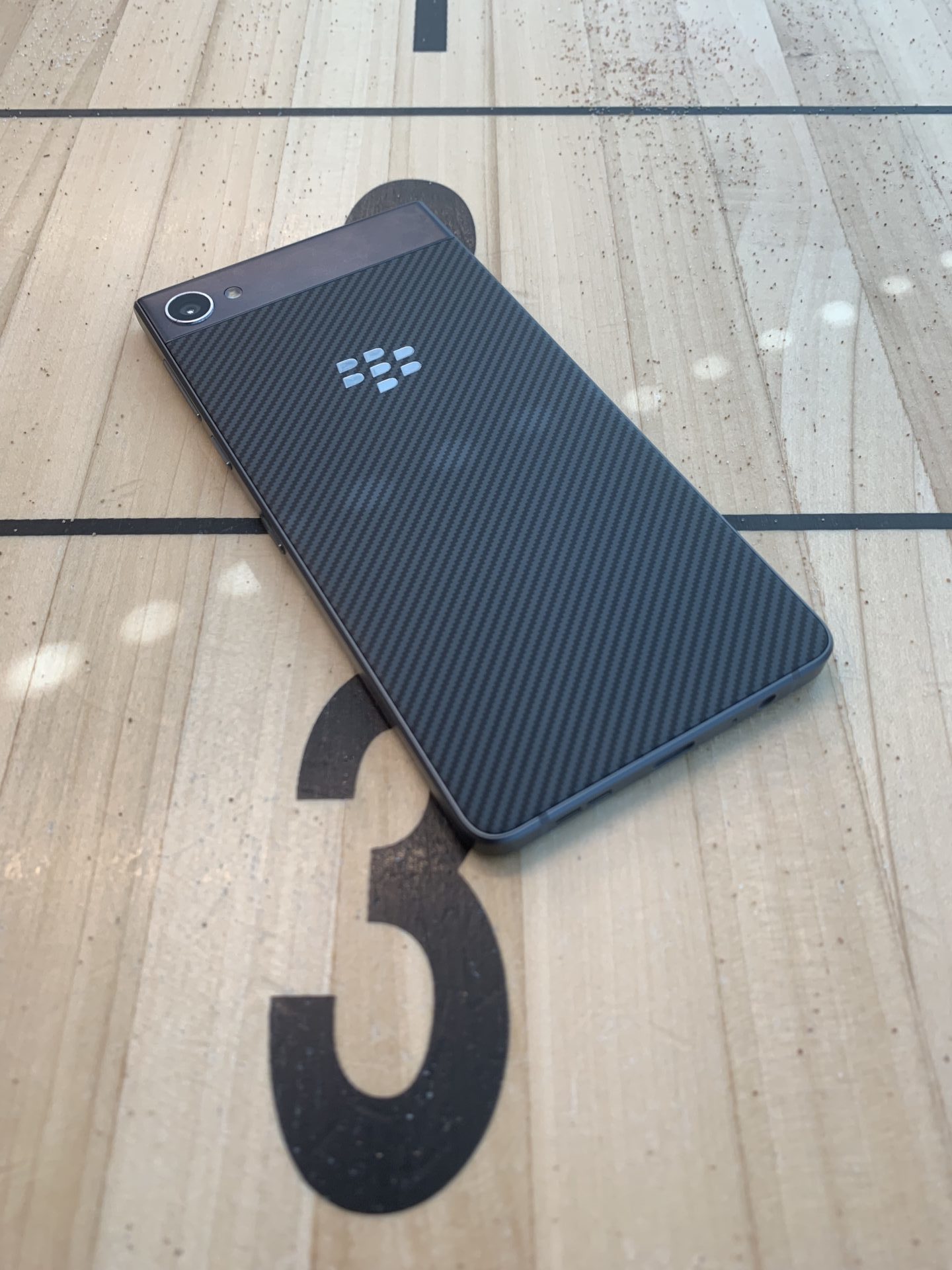 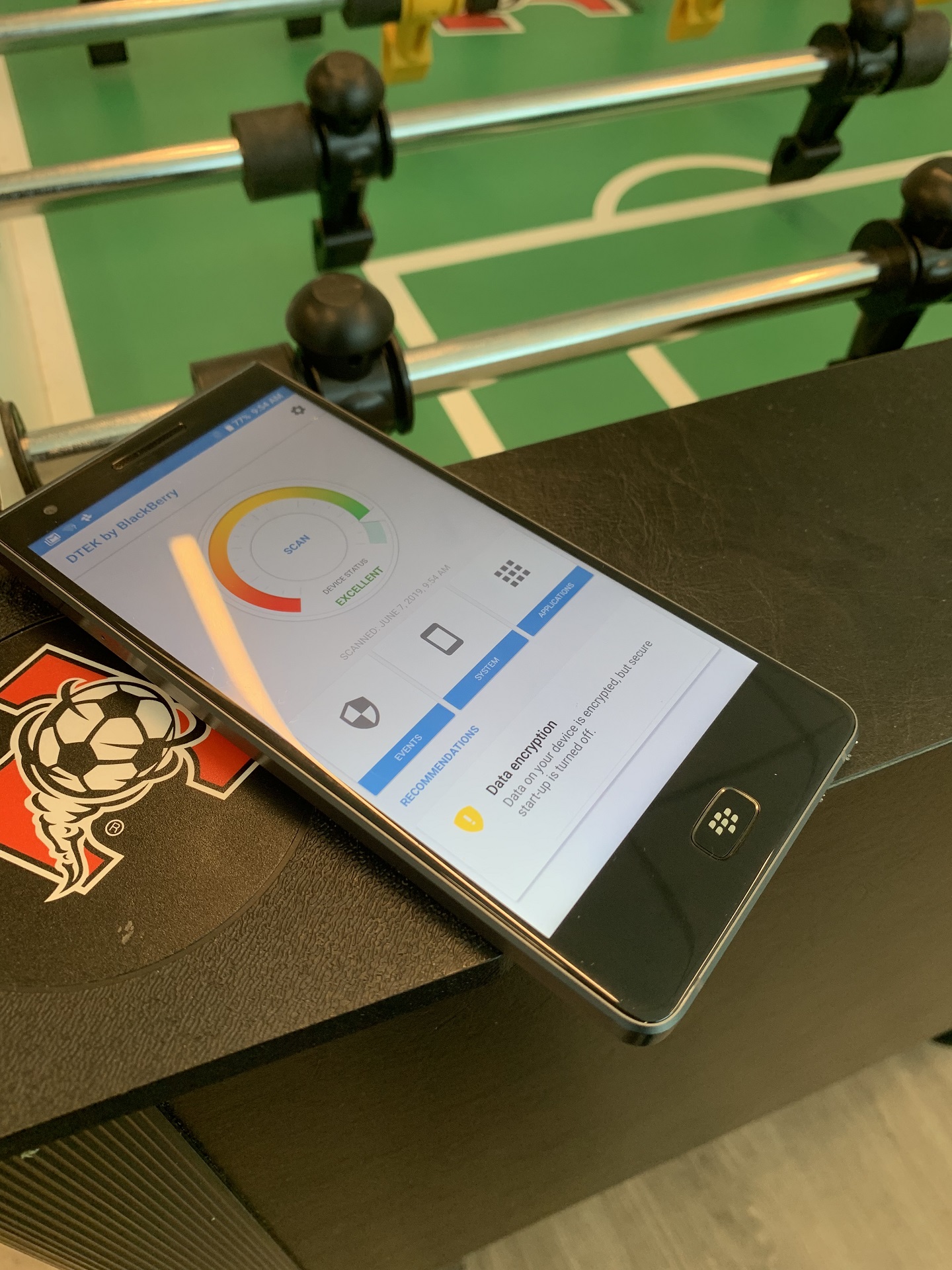 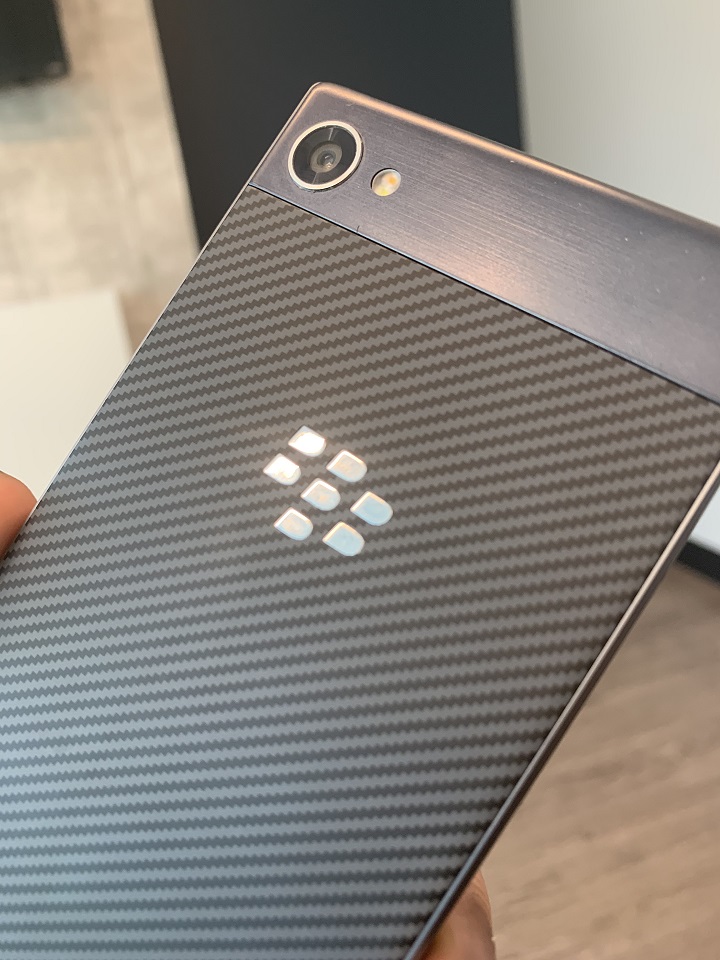 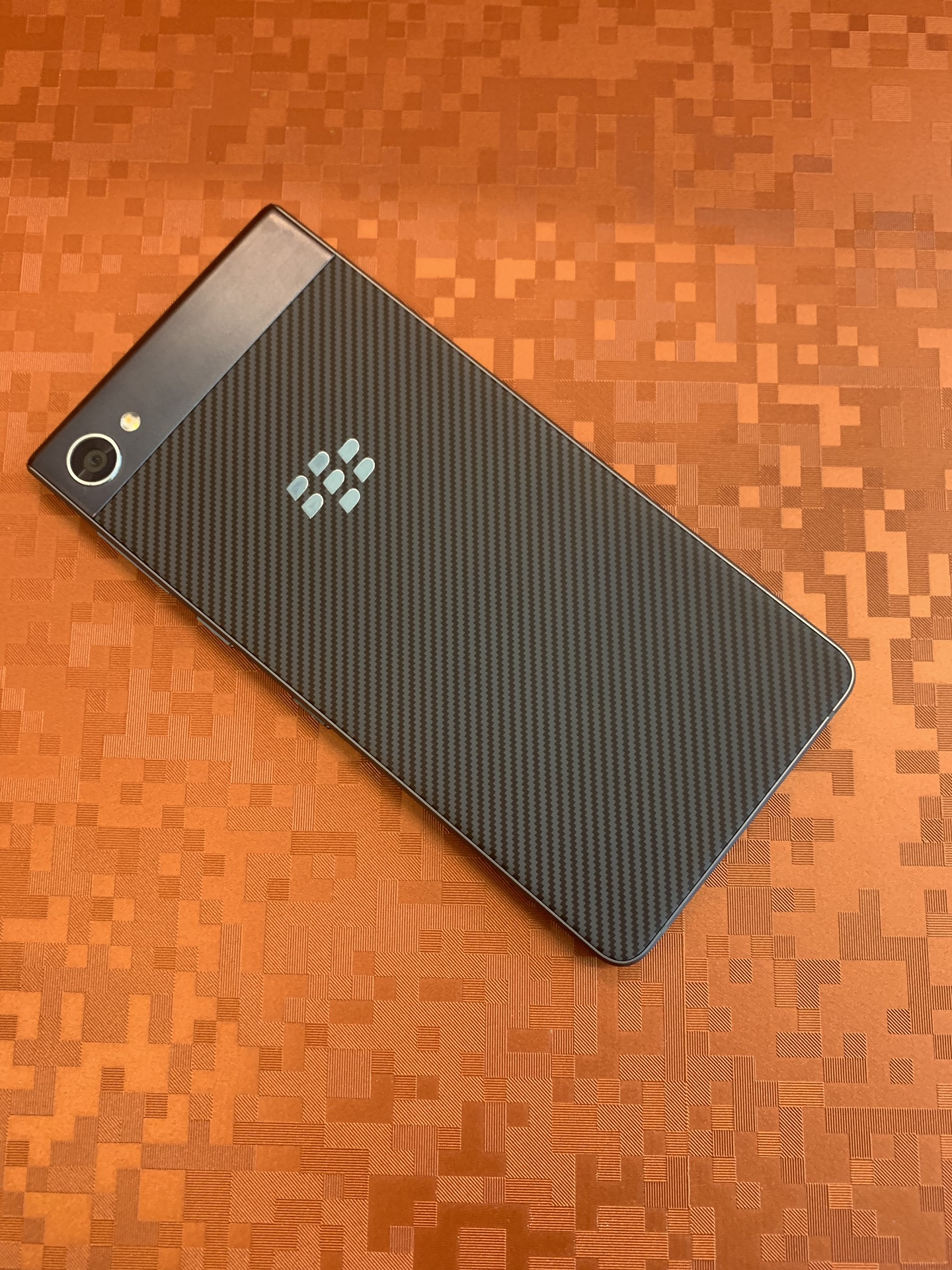 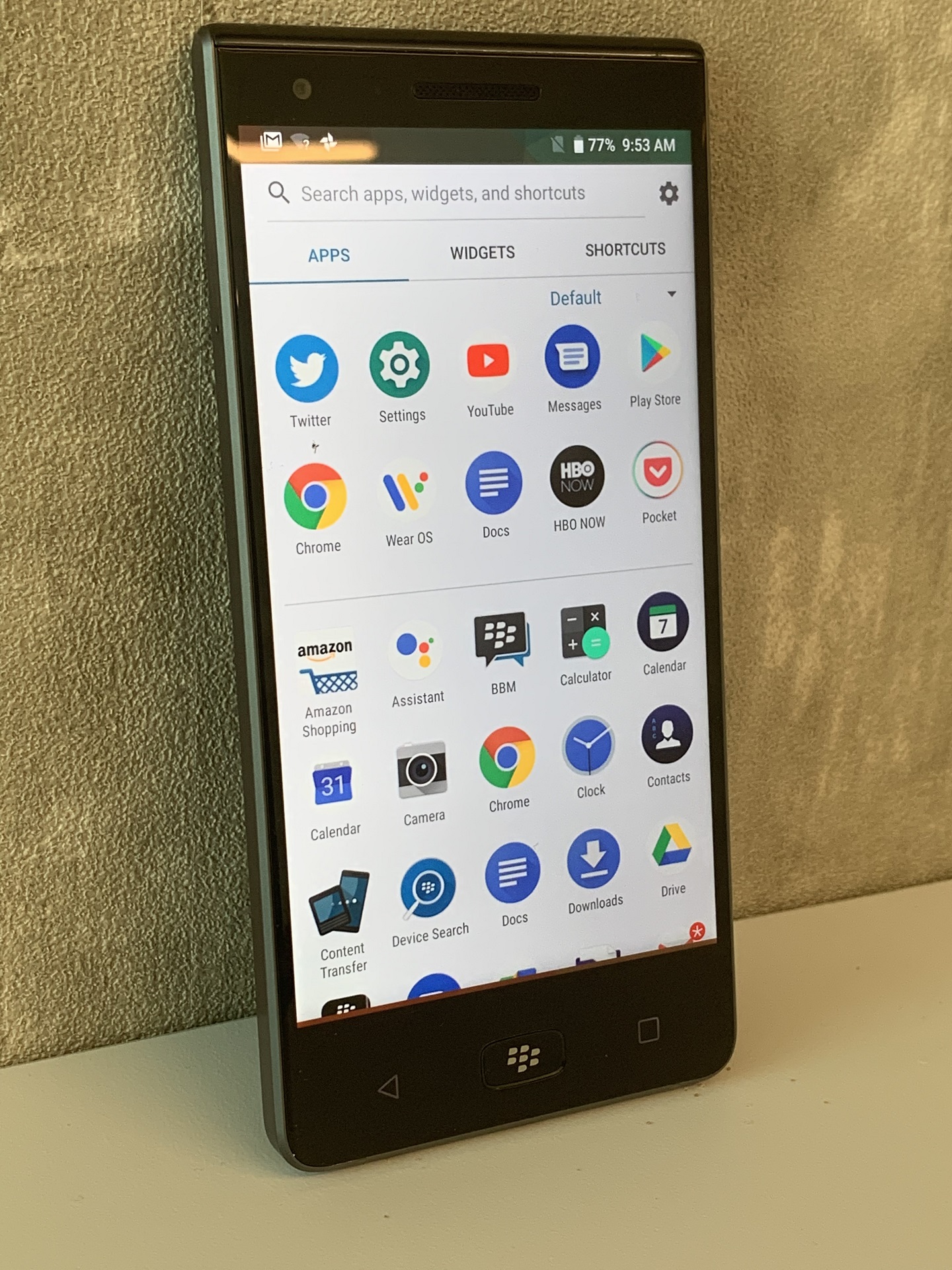