Home›Audio›Altigo Bluetooth ANC headphones – worth every penny, but not one penny more

Altigo Bluetooth ANC headphones – worth every penny, but not one penny more

I’m a bit of a headphone hound. Certainly not as much as the Bossman, Thunder here, but I like a good pair of cans as much as the next guy. I’m also pretty cheap – it’s almost a superpower for me, so when I had the opportunity to take a look at a pair of headphones with Active Noise Cancellation for under $70, I jumped at the opportunity. What I found, was a pair of bluetooth headphones that is worth just about $70 and not any more.

Starting off with the the build construction, not surprisingly you have a largely plastic build including the headband, cups, and buttons. All the controls are located on the right ear cup. On the front you have your Active Noise Cancellation button. On the back, you have your volume controls and the universal button which powers the device off and on, can stop and start music, or pick up and hang up phone calls. Controls beyond that are very limited however. There’s no accessing Google Assistant with these. On the front is the ANC button.

The large padded ear cups give you average isolation – nothing particularly special here. They’re comfortable to wear for long periods of time. They’ll be nice for summer time doing chores outside, though I suspect those same padded ear cups will get toasty under the sun. They stay on quite well, not shifting around when you bend forward only slipping off with the hardest headbanging. By the way, I’m old and I don’t do that anymore, but I tested it – you know, for science.

The headphones also fold up nicely into a small-ish package. Considering the size of the headphones on the outset, the small package they fold into is nice. That being said, the build quality here is very cheap. It’s cheap looking and cheap feeling. But then, these are relatively cheap headphones too, so there’s no surprises there.

All about that bass

Overall, the headphones are very bassy and emphasize mid tones quite a bit. The result is a very hollow sound, especially with ANC turned on. These are just ok for music, better for podcasts. Overall, the sound is passable. You certainly won’t want to edit or mix audio with these headphones – in case you had the idea that $70 headphones were the hawtness. If you’re listening to something that’s all about that bass, but you know, no treble, these might be good cans for you.

The active noise cancellation has a few weird quirks about it. First of all, ANC turns on, whether the headphones are on or not. I’m honestly not sure how I feel about that. I mean, on the one hand, it’s handy – you can pop the headphones on wired, and with one button turn on ANC. But on the other hand, it’s just plain weird. You can accidentally leave ANC on, even if you turn off the headphones and potentially drain your battery – at least in theory. Maybe it won’t be by a lot, but still.

Also, in the cold, the ANC button is very touchy. When I headed outside in the frigid, but not #polarvortex frigid, just normal frigid Chicago weather, the ANC button got very twitchy. It no longer clicks when you press it, and even the slightest touch will turn the ANC on and off. None of the other buttons on the headphones behave that way. It may be an issue with this particular set of headphones, but it’s definitely worth mentioning.

Also, when ANC is on, and you move your head either side to side or swivel your head, the ANC causes an audio warble that is a little off-putting, especially if you don’t expect it. Other ANC headphones of mine have not exhibited this trait, and I can’t pin down the reason for this happening. It makes listening a little annoying, trying to keep your head movements to a minimum.

As for battery life, Altigo suggests up to 30 hours of battery life, which seems consistent with my testing. During my two-week review period, with sporadic use listening to podcasts and music, I had to charge the headphones twice, and admittedly one of those times was because I forgot to turn them off overnight. The headphones recharge on an average pace – nothing special there. The headphones can also be wired with the included cable for when the battery runs dry.

Jack of all trades

So, let’s wrap it all up here – If you look on Altigo’s website, you’ll find phone cases, power banks, and headphones. The reason I mention this is because these feel like headphones from a company that doesn’t just make headphones. That comes with plusses and minuses. On the plus side, these are cheap Bluetooth 4.2 headphones with ANC that fold up, come with a nice little carrying pouch, and an audio cable if you want to be wired. On the downside, these are cheap Bluetooth headphones that check all the right specification boxes that must be there, except for the one, arguably most important “Must sound good” box.

Not everyone needs studio headphones for a daily commute to and from work. Sometimes it’s nice to grab a pair of cheapos you don’t care about, but still get ANC. As long as you know what you’re getting before you buy. That’s who these headphones are for. If that’s you, you’re welcome. 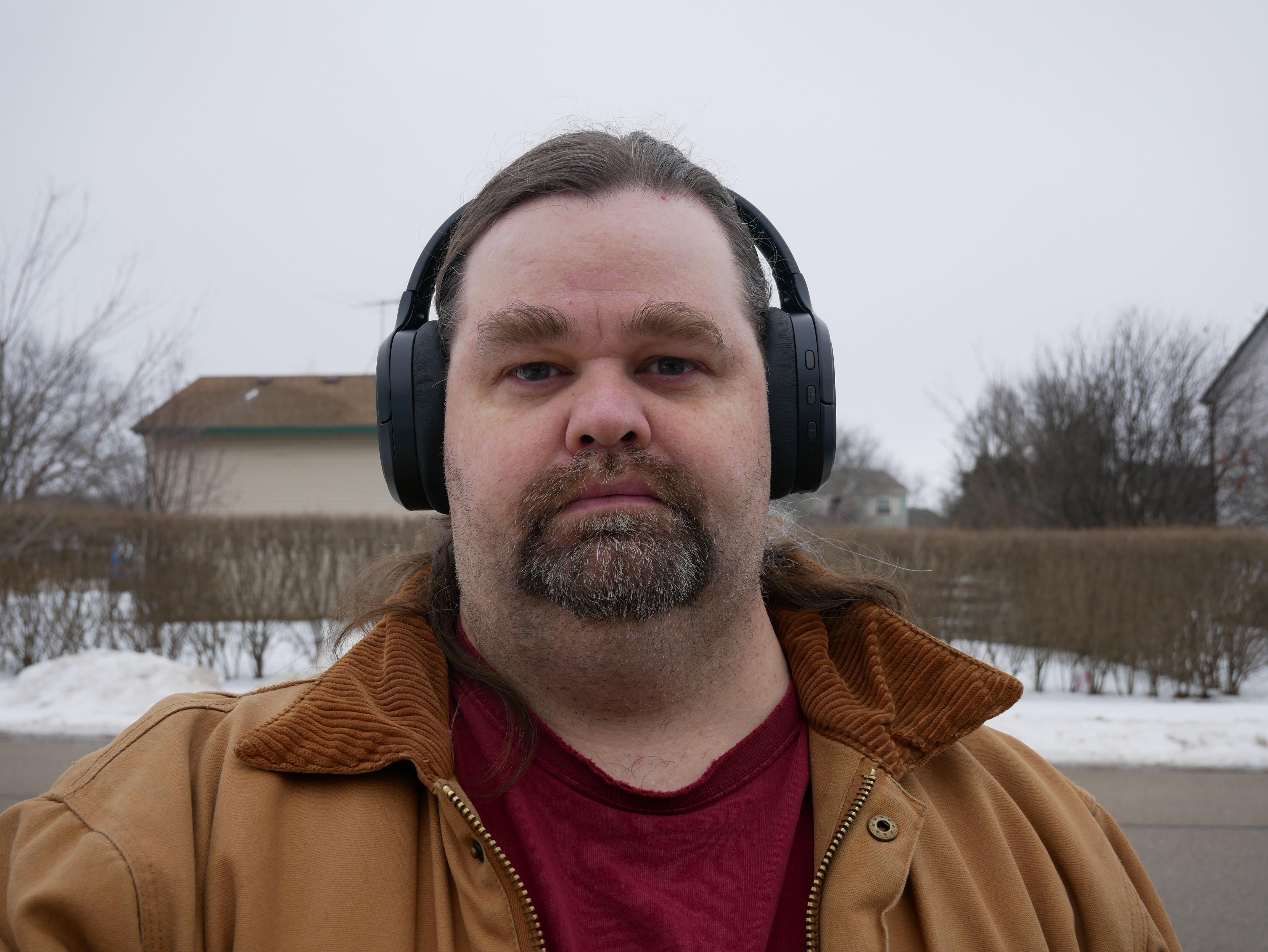 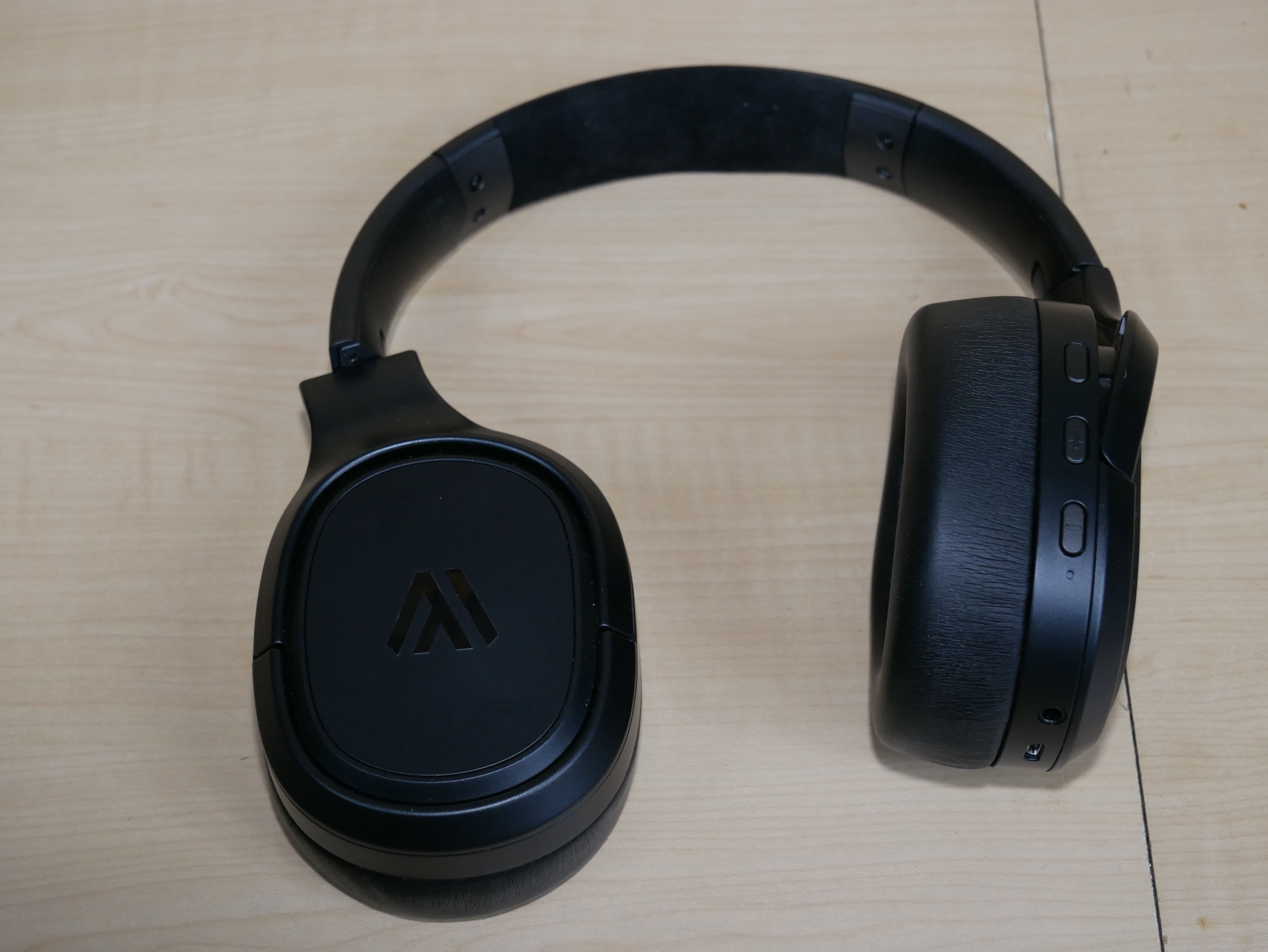 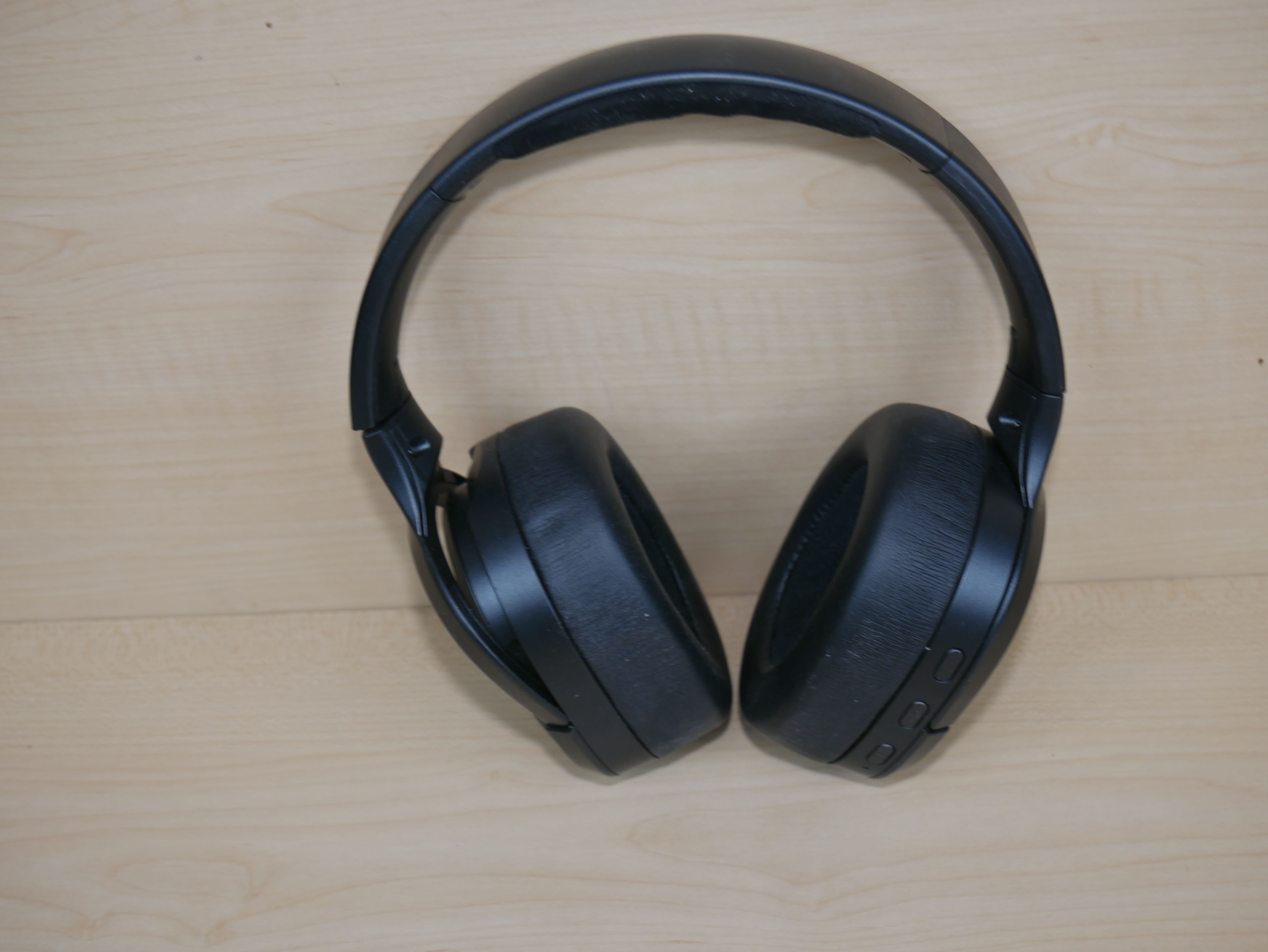 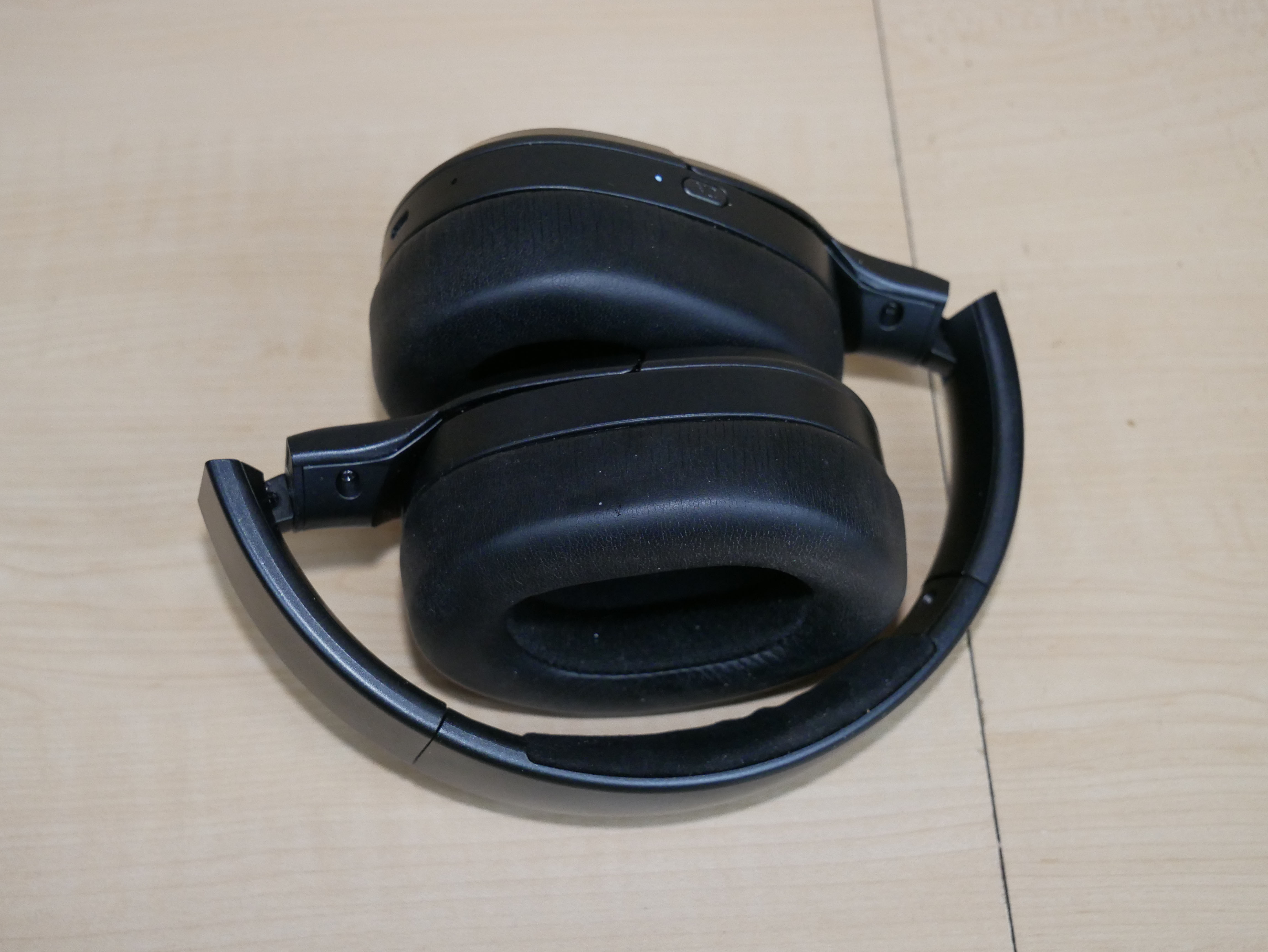 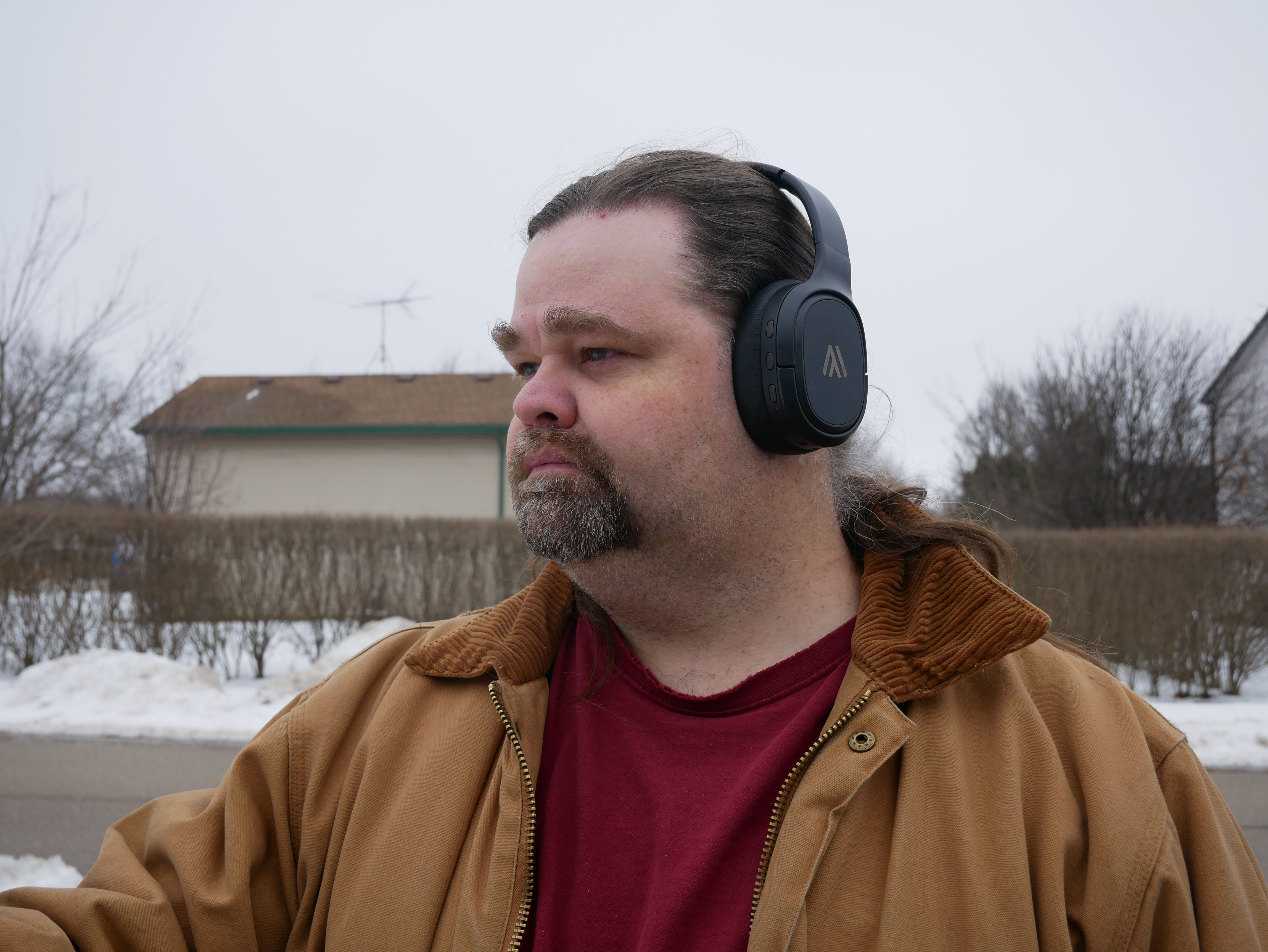